Stronger Together - Italy: A Lame Workhorse in the European Security and Defense Race 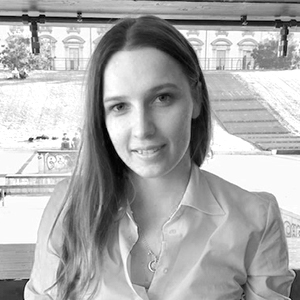 European integration and a solid transatlantic cooperation are both permanently at the core of Italy’s foreign and defense policy. Subject to many challenges in the "enlarged Mediterranean" - immigration, cybersecurity, disinformation - Italy is in search of a strong "securitisation" strategy. The recent government reshuffle brings forward new opportunities for Italy to play a mediating role between the EU and NATO and to contribute greatly in helping the EU turn towards a more proactive action internally - to safeguard cohesion and security at home - and externally.

In this fifth chapter of our European defense series, Karolina Muti, Researcher in the Security and Defense programmes at the Institute of International Affairs (IAI) in Rome, shares her insight on how Italy should set a clearer agenda to tackle its system’s structural instabilities with regards to shaping European policies in order to push forward defense cooperation and integration in Europe.

The European Union and its member states are facing an increasingly complex international context, where global, national, and local dimensions entwine, as do the security threats. This situation requires a shift towards a more proactive action, in two directions: internally, to tackle the factors of de-stabilization that jeopardize European security and cohesion at home, and externally, especially with regards to neighbouring countries.

The most compelling threats Italy has traditionally faced come from its Southern neighbourhood, where a certain degree of instability and precarious security in the so called "Enlarged Mediterranean" region has fuelled many conflicts, such as in Libya, Syria, or in Afghanistan. Other challenges add-up to the security paradigm of this region, amongst which the spread of radicalisation and criminal organizations, terrorism, and water scarcity. Before the Covid-19 crisis became an absolute priority, gradually silencing other topics on the security agenda, the issue of migration flows affecting Italy on various levels - was perceived by a large and particularly vocal part of the population and decision-makers as one of the main concerns. Emphasis on illegal migration contributed to the "securitization" of this structural challenge, at the cost of other non conventional security threats that remain underrated, including hybrid threats such as growing disinformation, cyber attacks to infrastructures, etc. Particularly during the pandemic, Italy’s citizens became the target of disinformation campaigns. Research and Health Institutes working on developing vaccines and related medical solutions suffered from cyber attacks to their digital infrastructures. Despite the self-evident importance of hybrid and cyber threats Italy has been confronted to since the beginning of the crisis, the awareness regarding these relatively newer types of threats remains lower compared to the traditional security topics.

The fluidity of current security challenges, as well as the importance of grasping opportunities at the European level - such as the launch of new cooperative initiatives in the defense realm -, would require Rome to set a clear agenda with established priorities and good coordination. This approach clashes however with the structural instability of the Italian political system, as governments last approximately between a year and a year and a half. This factor limits considerably the effectiveness of Italian foreign and defense policy, and, most importantly, Rome’s ability to shape European policies and push forward defense cooperation and integration in Europe.

A mediating role between the EU and NATO

Following the recent government reshuffling, the former President of the European Central Bank and new Prime Minister Mario Draghi described his cabinet as "pro-European" and with a "strong transatlantic vocation". Indeed, European integration and solid transatlantic relations are both permanently at the core of Italy’s foreign and defense policy. Rome is a founding member of both the EU and NATO, and its security strategy is deeply rooted in strong transatlantic bonds with the US. Italy is also the third defense spender in Europe and second EU contributor to NATO missions in terms of number of personnel deployed (after Germany). Rome is among the five Allies participating in the NATO nuclear sharing arrangements: it hosts US B61 bombs on its territory and possesses dual-capable aircrafts, in the framework of the NATO nuclear deterrence mission.

This strategic positioning, equally close to NATO and the EU, puts Rome in a good position to play a mediating role.

This strategic positioning, equally close to NATO and the EU, therefore puts Rome in a good position to play a mediating role, help shape a better convergence and cooperation between NATO and the EU, but also to find a common ground among potential conflicting positions of European allies in NATO on topics such as "strategic autonomy" and the US’ role in European security.

In the midst of Brexit and the increased polarization among EU member states on the Atlanticist vs. European strategic autonomy axis, Rome could for example contribute to bringing together visions expressed respectively by Poland on the one hand and France on the other: the latter pushing for a bolder pursuit of "strategic autonomy" and European defense integration, the former staying firmly Atlanticist and not as enthusiastic about EU defense initiatives.

Italy is among the promoters of the Coordinated Annual Review on Defense (CARD), the Permanent Structured Cooperation (PESCO) and the European Defense Fund (EDF). Currently, Rome is involved in 26 out of 47 PESCO projects, and leads 9 of them. During the negotiation and design of PESCO and EDF, Rome pushed for third countries participation in both programmes. First, the intent was to keep the UK as close as possible to the EU defense landscape, due to Rome’s strong industrial and institutional defense links with London. Italy also wished to avoid the predominance of the Franco-German axis with respect to other member states which feared they would not be taken into account by Berlin and Paris for important decisions. These worries were confirmed when Germany and France agreed bilaterally and outside of the EU defense framework on the procurement of the next generation Main Battle Tank (MBT), keeping other interested member states such as Italy or Poland out of the loop.

The preparatory phase in 2019-2020 was a test for the EDF, contemplating two programs: the Preparatory Action on Defense Research (PADR) and the European Defense Industrial Development Programme (EDIDP). Italy’s national defense industrial champion, Leonardo, leads the main PADR project related to maritime situational awareness (OCEAN2020), in which over 15 member states participate. In both of these precursor programs, the number of Italian entities that answered the call for proposals was among the highest in Europe, second only to France.

A need for adequate funding

In the coming years, the path towards an ambitious European defense cooperation will suffer from the impact of Covid-19 on defense budgets and industry. This is particularly true for Rome, since its defense spending has stagnated for two decades and its increase is met generally with vocal opposition by large parts of the Italian public opinion. Moreover, the Italian budget is significantly unbalanced, with more than 67% of the resources dedicated to personnel in 2020, only 18.4% to investments, and 13% to training - while NATO guidelines indicate that a good balance is 50-25-25.

This is a slight improvement from the previous year, yet it is still not sufficient to guarantee an adequate level of investments, and more significantly their continuity, which is needed to have both competitive industries and costly, next generation capabilities. Another aspect is related to the very limited amount of resources dedicated to "cooperative" programs for the next two years’ budget. If European ambitions in the defense realm are to be met, and if Italy wants to play a role in the process, adequate funding should be guaranteed for example for European programs.

If European ambitions in the defense realm are to be met, and if Italy wants to play a role in the process, adequate funding should be guaranteed.

In this context, it could come as a surprise that Italian public opinion strongly supports European defense integration, although it disapproves of any increase in defense spending and the overall support for the EU which was among the highest in Europe has fallen to the historical minimum in the last decades. This should be an incentive for Italian policy makers to push forward in a proactive manner European defense initiatives and seize opportunities for growth and innovation for the Italian Defense Technology Industrial Base (DTIB), especially since Italy’s defense spending, which is already far below the threshold of 2% (1.38% in 2020, 1.3% expected for 2021) agreed among NATO allies, will not grow substantially in the next years.

Against this backdrop, the Letter sent in May 2020 by Italy’s Minister of Defense Lorenzo Guerini with his counterparts from Germany, France and Spain to the High Representative of the EU and Vice President of the Commission Josep Borrell, was an important sign in the right direction. In the aftermath of the outbreak of the pandemic and given the inevitable consequences of Covid-19 on the defense sector, the letter asked for an ambitious EDF budget, a strengthened PESCO and more operational commitment.

Despite the fact that Italy is one of the main driving forces of the European defense integration process due to its traditional foreign and defense policy and interests firmly rooted in the European realm, this potential is continuously halted by structural obstacles related to government instability, budget breakdown, and now the pandemics. Only a constant and coordinated effort to tackle national systemic problems can avoid Rome’s positive role to play in the future of European defense from being brought down.