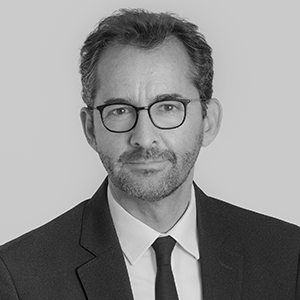 Hakim El Karoui, Senior Fellow at Institut Montaigne and author for Institut Montaigne of the report The Islamist Factory, and Bruno Tertrais, Deputy Director of the Foundation for Strategic Research and author for Institut Montaigne of the note The Demographic Challenge: Myths and Realities, discussed the new demographic dynamics between Europe, the Middle East and Africa. The evolution of the Arab-Muslim world and of Islam in Europe, immigration from sub-Saharan Africa to the Old Continent and the debates fostered by these dynamics were the key elements structuring their discussion.

Demography: a structuring factor in the evolution of the Arab-Muslim world and of Islam in Europe

Demography is a key factor in the analysis of the evolution of the Arab-Muslim world and, to a certain extent, of the Islamist question. For example, the Arab Springs can be partly understood as a consequence of the "demographic modernization" of most countries impacted by these movements. It is also worth considering the link between the recent rise in fertility rates in some countries in the region, such as Algeria and Egypt, and the renewal of religious practices.

While the rise in Algeria's fertility rate may be associated with the end of the 1990s war, it can also be linked to the influence of the Islamist ideology on a segment of the population. This influence is present in other countries, such as Egypt.

The transformation of Islamism from a simple political theory created in the 1920s to a mass political phenomenon in the 1980s is directly linked to the demographic issue. Islamism can be interpreted as men’s response to the emancipation of women in the Arab-Muslim world, which was notably reflected in the decline in fertility rates and the increase in educational levels. This emancipation began in the late 1970s and 1980s, depending on the country.

In Europe, and according to Institut Montaigne's report on Islam in France published in 2016, demography is essential because it allows us to assert to those who threaten us that the continent will not be no Islamized. There is no movement of conversion to the Muslim faith. For instance, there are twice as many exits as entrants into the Muslim religion in France. The spread of Islam in Europe is therefore solely based on the immigration of Muslim populations. According to the Pew Research Center’s predictions, the rate of Muslims in Europe will not exceed 11.2% by 2050, compared to 4.9% today.

Immigration from sub-Saharan Africa: a challenge for Europe and the Maghreb

Stephen Smith, in La Ruée vers l’Europe (The Rush to Europe), managed to tackle the debate on African immigration in Europe in a dispassionate way. François Héran recently replied to him in an analysis published by the National Institute for Demographic Studies. His response is just as dispassionate and rational - this type of debate can only be celebrated. However, it seems to me that François Héran's analysis focuses too much on current demographic dynamics and does not sufficiently look into the future. Indeed, while he rightly points out that African immigration is now predominantly intracontinental, he does not sufficiently detail the evolution of these trends: more migrations, and, above all, more extracontinental emigration, including to Europe. For his part, Stephen Smith seems to overemphasize the latter trend, as he predicts that 20% to 25% of the European population could directly be of African origin within a few decades - which is taking the argument to the extreme.

Annual transcontinental migration from sub-Saharan Africa now only represents between 0.07% and 0.1% of the total African population. Scenarios of "submersion" are therefore irrational.

Smith characterizes Africa as "Europe's Mexico", and thus predicts flows similar to the South-North flows of the 20th century on the North American continent. He is right to point out that, as in the case of Mexico, a country's development is what drives emigration, contrary to what is often assumed. Yet this comparison seems somewhat over the top. First, the Sahara and the Mediterranean will always be more difficult to cross than the Rio Grande or the Sonoran Desert. Then, assuming Europe does have a "Mexico", it would rather be Maghreb, and structural emigration from this region has "already taken place". African emigration will first and foremost be... a problem for Maghreb.

Indeed, Maghreb countries neither have the legal framework nor the economic model required to mutate from immigration countries to host countries. In fact, they don’t even aim to undergo such a transformation. The region still lacks the political maturity to turn African immigration and its management into a political tool against Europe, as Turkey is doing with Middle Eastern refugees, for instance.

Moreover, identity debates already taking place in Maghreb societies would most probably toughen in the event of a massive influx of migrants. The anti-racist culture does not exist in Maghreb countries. The concepts of "racial mix" and "host country" are not widespread there. In fact, nationality is rarely granted to people of immigrant background, who are often treated as second-class individuals, especially when they come from sub-Saharan Africa.

The argument according to which Africa's development will lead to a decline in African emigration is a widely shared illusion, particularly in Europe. The question for Europeans is not whether to help the African continent or not, but rather to ensure that their investments are effective and well-targeted. For example, they can help create business models that are attractive to those who are now tempted to engage in the unfortunately very lucrative business of migrant smuggling. These are the kind of policies that will help to regulate African immigration towards Europe. 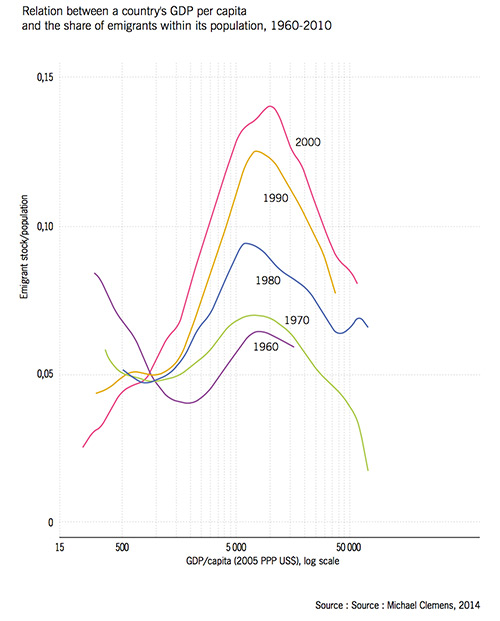 The influence of immigration on the political debate in Europe

Since they realized that the African population would double in the coming decades, the sub-Saharan African immigrant has become Europeans’ new fantasy. Let us not forget that the famous novel The Camp of the Saints envisaged the possibility of hundreds of thousands of hungry people rushing from South Asia to Europe - a scenario that makes absolutely no sense.

Issues related to immigration and those related to Islam could meet in the event of a significant increase in emigration from the Sahel to Europe. The countries of this region are indeed quite close, they have world records of fertility, and they are mainly home to Muslim populations. Moreover, already well-established communities, such as that of Malians in France, attract immigration. Much more so than social protection systems.

Thus, the ghost of massive African immigration that haunts Europe so much is somewhat related to Islam. The connotations of the term "Muslim" in public debate may change: the "Muslim" will be less and less associated with "the Arab".

Amedy Coulibaly, the perpetrator of the Hyper Cacher attacks in January 2015, strengthened Europe’s concerns and fears regarding immigration coming from sub-Saharan Africa.

It is also very useful to look at the semantics of the terms used in the public debate on immigration in Europe, and more particularly in France. The figure of the "North African worker" was first replaced by that of the "immigrant", and then of the "beur". In the 1990s, the notion of "diversity" quickly increased in scale, before it gave way to the "Muslim" figure in the 2000s. This last changeover is both semantic and identity-based, one having fueled the other.

At the European level, immigration does not influence public debate in a homogeneous way. While it might be a key factor in some countries, such as Italy or the United Kingdom - I am thinking here of the importance of the Polish workers' issue - it isn’t in Spain, nor Greece, despite these countries' exposure to migratory flows. According to a recent study led by the Pew Research Center, Spain is even the European country where the population would be most ready to welcome foreign refugees.

See also
A New Strategy for France in a New Arab World
Publication - August 2017
This report suggests a new strategy, around four goals: prioritizing the Maghreb, containing the spread of Islamism, preventing future migration crises and adopting a mediating...
Next
Topics > International affairs
“Our Priority Is to Have a Real France-Maghreb Policy”
Analyses | 30 January 2018 | Institut Montaigne
On 31 January and 1 February 2018, the French President is on an official visit to Tunis,  accompanied by some members of government and representatives from the business world. Hakim El Karoui, author of Institut Montaigne’s report “A New Strategy for France in a New Arab World”, shares...
Next
SIGN UP FOR OUR NEWSLETTER
for a handpicked selection of analyses each week Yes please
Series |
Next
Publication -
Next
République
...
Next
Séminaire réservé exclusivement
à nos entreprises adhérentes
Restricted to
member companies
Next