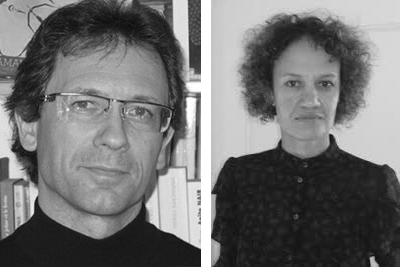 Increased cooperation between the European Union and India is an important yet undervalued global development. While most European countries are hopeful to tap the potential of economic relations with India, they remain skeptical of trade opportunities and “like-mindedness” between both parties. Increasingly however, Europe’s growing interest in India is driven by a common strategic imperative to counter China.

At the EU-India leaders' meeting in May 2021, the EU and India decided to resume negotiations on a free trade agreement, after 8 years of suspended negotiations partly because of many bones of contention. Despite political will by European and Indian governments, complicated negotiations await, with probably even higher stakes for India given its withdrawal from the Regional Comprehensive Economic Partnership (RCEP) and its separate negotiations with the UK. Trade talks may now be more complicated due to India’s growing protectionism and uncertainties regarding the protection of personal data.

European companies are skeptical about the Indian market, not only because of access problems due to protectionist measures, but also due to bureaucracy, corruption, lack of infrastructure and weak consumption. It remains to be seen whether this last trend is only related to Covid-19, or whether it has acquired a more structural dimension. The Indian government should carefully consider this aspect when conducting trade and investment diplomacy with Europe and conducting outreach to European companies.

Like-mindedness, whether for democracy or environmental concerns, is widely seen as the strongest engine of Europe-India relations. But important differences also deepen the rift.

EU officials tend to minimize human rights issues in India in light of India agreeing to resume the Bilateral Human Rights Dialogue suspended in 2013. However, no tangible result is expected from this dialogue and EU diplomats privately acknowledge that they will no longer be able to ignore human rights in case of further deterioration. This is already the sense of the European Parliament, where MEPs have expressed concerns on religious minorities, Kashmiris, freedom of expression, NGOs and citizenship access for Muslim refugees in an April 2021 resolution.

Like-mindedness also applies to climate. India played a very constructive role in 2015: just before the Paris meeting, it had presented its Intended Nationally Determined Contributions (INDCs), pledging to improve GDP emissions intensity by 33-35% below 2005 levels by 2030. India’s objectives are the same today; achieving them relies primarily on the development of renewable energy. At the COP26, Prime Minister Modi announced that India had set the target of net-zero carbon emissions by 2070. India also updated 2030 INDCs to meet 50% of its energy requirements from non-fossil fuel energy sources, and to reduce its carbon emissions by 1 billion ton.

Yet coal continues to be promoted in India; New Delhi rejected the G7 objective on net-zero emissions by 2050 in a July 2021 G20 meeting, and missed a key COP26 preparatory meeting in London. Skepticism grew at COP26, where India and China weakened pledges to phase out coal.

India does not have a decarbonization plan partly because economic growth remains a priority, if necessary at the expense of the environment. Going forward, climate action will not be an area of smooth cooperation between the EU and India.

If Germany leads European economic relations with India, France leads on the security and geostrategic front. For 40 years, the Franco-Indian partnership has walked on a military and a nuclear leg, as evidenced by arms sales and cooperation in civil nuclear energy. This unique and understudied relationship reflects a specific approach to international relations, both countries having always been eager to retain their strategic autonomy.

France’s presence in the Indian Ocean might explain why it was the first European country to adopt an Indo-Pacific strategy. Its partnership with India found expression in a “2018 Joint Strategic Vision of India-France Cooperation in the Indian Ocean Region” and a “Logistic Support Agreement”. Such agreements gave mutual access to each other’s military facilities. While France and India have conducted joint naval maneuvers in the Indian Ocean since 1983, a turning point was reached with the 2021 19th edition of Varuna naval exercises, including for the first time the French aircraft carrier Charles de Gaulle.

This increasing Franco-Indian cooperation reflects apprehensions toward China. France worked to exert leadership in Europe to perceive India as a strategic partner with which security issues matter, but not all EU Member States share the French perspective.

While France sees Indian value to respond to China’s rise in power in the Indo-Pacific, Germany sees in India an economic partner and an opportunity to “diversify” from China. German 2020 policy guidelines for the Indo-Pacific hence focus more on all forms of non-security collaborations and singles out ASEAN as the main regional partner.

The 2021 EU strategy for cooperation in the Indo-Pacific is similar, despite the mention of apprehension of China which justifies hard power links with Indo-Pacific countries. The centrality of ASEAN in the region is dwelled upon (whereas India is hardly mentioned) but the emphasis is on cooperation, in terms of connectivity.

EU-India apprehension vis-à-vis China is the driving force of the recent rapprochement. This common concern may help trade talks and obliterate human rights issues, but in each domain, including the security one, recommendations can be made for a more sustainable EU-India relationship.

RECOMMENDATION #1: The EU should meet India’s expectations regarding visas for professionals by opting for a policy of talent-driven migration. India, for its part, could defuse European apprehensions regarding its multifaceted forms of protectionism by revising tariffs on key commodities.

RECOMMENDATION #3: To reduce the communication gaps on political and societal values, people-to-people relations should be promoted with a priority placed on more intense student exchanges and cooperation between civil society organizations. NGOs with a presence in both Europe and India, such as Amnesty International, could be invited by the EU and the Indian governments to initiate a dialogue with other representatives of civil society in Europe and India. These interactions could be part of the EU-India Bilateral Human Rights Dialogue or could take place separately.

RECOMMENDATION #4: The common concern regarding climate change that Europe and India are articulating should find expression in joint efforts going beyond transfers of technology or financial aid: environmentalists of both sides could be invited to increase societies’ awareness of challenges as well as solutions. Here again, civil society organizations have a role to play.

RECOMMENDATION #5: Different forms of partnership need to be explored by the EU and India in order to neutralize rivalries and explore complementarities. While India may become a strategic partner of the EU to balance China, it may also help the EU to diversify its sourcing and contribute to alternative forms of diplomacy. For instance, in the pharmaceutical industry, not only could India and Europe cooperate to reduce their dependence on China in the supply chain, they should also emulate the Quad and introduce a similar division of labor where India would produce the vaccines European countries could distribute throughout the Global South.

RECOMMENDATION #6: If the EU is the best format to address supply chain issues, conduct trade negotiations and engage in vaccine diplomacy, European countries have their own space to cultivate deeper engagement with India in various formats. They may engage countries with which India cultivates good relations in its region like the other members of Quad and the UK, with which most of Europe has affinities. A “Quad+” format where EU countries would be represented could signal to India the convergence of some of its key partners.