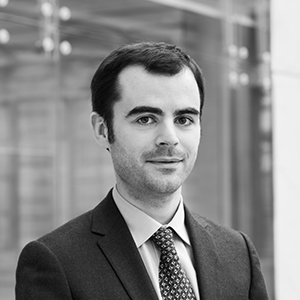 On 5 March, the Five Star Movement (Movimento 5 Stelle, M5S) obtained 32.7% of the votes in the Italian parliamentary elections. With 222 candidates elected as Members of Parliament, the M5S became the country’s first party in terms of number of supporters. Despite its success, it is still considered as an incongruity in the European political landscape. Morgan Guerin, Head of our Europe Program, decodes.

Above all, the M5S wants to appear as the expression of a vox populi and not as a political party affiliated with an ideological tradition (left or right wing, conservative or liberal, etc.). The central element of its rhetoric consists in an opposition between the elite - or the cast -, accused of corruption, and the people. The appeal to “common sense” seems to dictate their electoral program. Thus, in the economic field, we can find the following proposals:

A certain amount of proposals also concerns sustainable development and the protection of the environment:

It is worth noting that leaving the Euro is not a position the M5S still defends. A pragmatic evolution, similar to the shift unclenched by Marine Le Pen’s National Front (FN), after its defeat in the last presidential election. However, unlike its French neighbour, the Italian party wishes to maintain its “neither right, nor left” stance, whereas the FN is seemingly reverting to its fundamentals, on the right side of the political spectrum.

Created in 2009, as a result of online discussions initiated in 2005, the M5S rapidly convinced a large part of the Italian opinion, thus gathering an electorate as heteroclite as its program. The movement is characterized by a strong horizontality - marked by a complete absence of professionals paid by the movement - but also by the importance it gives to its leaders. The movement was first entirely focused on Beppe Grillo, a former humorist in his 70s, replaced by the young Luigi Di Maio in 2017.

This change of spokesperson, which partly explains the M5S’s victory in the last elections, allowed the movement to show a more consensual image and to turn the page on its predecessor, known for its “Vaffanculo Day”, organized to denounce the Italian political elite. Luigi Di Maio does not revendicate the “populist” label for his party, and tried to emphasize his movement’s skills during the campaign.

The M5S uses social networks and the Internet to deploy its activism, in accordance with its outspoken ambition to place citizens at the centre of the decision-making process and to encourage direct and participatory democracy. Such methods are bringing the party closer to the Podemos movement in Spain, or to Emmanuel Macron’s campaign during the 2017 French presidential election. However, these two parties present a clear ideological line, while the M5S has a distinct “strategic flexibility”. Its current willingness to start negotiations with the Democratic Party in order to form a government, or Luigi Di Maio’s recent declarations in favor of a budget management aligned with the Maastricht Treaty illustrate this characteristic well.

In such conditions, should we thus expect an opportunist and erratic form of management? Or rather a precise application of the party’s electoral program?

See also
Europe / World
Macron, The 2019 European Elections And The Spitzenkandidaten
ARTICLES | 28 February 2018 | Morgan Guérin
Over a year ago, Brussels was wondering whether the EU could still hold and whether the time for deconstruction had come. Emmanuel Macron’s election, his resolutely pro-European discourse and the 27 member states’ visible unity in the Brexit negotiations, have since raised hope among advocates...
Next
Europe / World
Elections in Italy: Euroscepticism, Migration, Berlusconi, etc. Marc Lazar’s Analysis
ARTICLES | 20 February 2018 | Institut Montaigne
On 4 March 2018, Italians will cast their votes to renew their Parliament. 315 new senators and 630 new deputies will be appointed to join the XVIIIth legislature of the Italian Republic. Marc Lazar, Professor of History and Political Sociology at Sciences Po and President of the Luiss School of...
Next
SIGN UP FOR OUR NEWSLETTER
for a handpicked selection of analyses each week Yes please
Dossier |
Next
Publication -
Next
Union Européenne
...
Next
Séminaire réservé exclusivement
à nos entreprises adhérentes
Restricted to
member companies
Next