A Ukrainian Perspective on the European Response 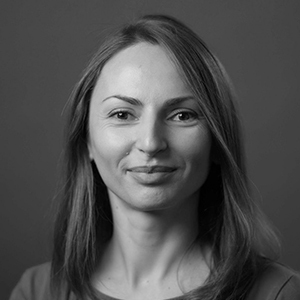 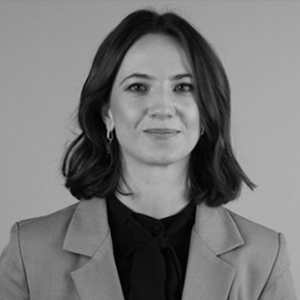 On 12 May, Institut Montaigne had the unique opportunity to discuss Ukraine’s past, present and future with Halia Chyzhyk, Head of the Judicial Reform Department at the Anti-Corruption Action Center (AntAc), and Maryna Khromykh, Civil Activist and Executive Director of DEJURE Foundation. The following article is a summary of this thought-provoking discussion, and offers new perspectives on the Ukraine war and Europe’s response.

Support from European Leadership : A Key to Winning the War

We stand here, as representatives of Ukrainian civil society, to share our message with Europe, advocating for your help to make our country democratic, independent, and free. Over the last decade, Ukraine has made significant steps towards achieving these goals. We have established independent anti-corruption institutions, leading to the imprisonment of corrupt public officials, and have begun implementing genuine judicial reform. But these steps are not enough to win the war, and protect our civilians from the Russian invasion. In order to win the war, and allow Ukrainians to have a future, we need more support from, and the opportunity to become part of, the "European family".

Since Russia’s invasion, all Ukrainian civil society actors have collaborated to speed up Ukraine’s victory. This is why we are advocating Ukraine’s cause abroad: without the support of Western allies, we cannot protect our citizens. We have come to ask for the full support of France because it contributed to founding the EU more than seventy years ago, and thus plays an important leadership role. In order to win this war, we require military support, sanctions against Russia, support for a "Marshall Plan", and the establishment of a tribunal for Putin and his allies. The West needs to realize that Putin will not stop in Ukraine. He will not stop until he is stopped, and that Ukraine needs your help to stop him.

For the last 300 years, Russian interests have remained fundamentally unchanged. Moscow wants to control the Black and Baltic Seas, and the surrounding territories. Countries like Poland, Lithuania, Estonia, and Latvia will be next up in the firing line if Russia is not stopped. It is vital that the world understands that Putin will not stop with Ukraine; he will continue his authoritarian quest across Eastern Europe and beyond, eventually reaching Western countries. Putin, we must understand, is not motivated by action, but rather by other countries’ lack of action.

Before he launched the invasion, Putin mentioned Ukrainian institutions and reforms in a speech to the Russian public, which came as a shock. Not all Ukrainians are aware of such specific details of the anti-corruption or judiciary reform in their own country. Unlike Putin, who realizes that Ukraine has done a lot to become an independent and democratic state. Implicitly, it showed that he is afraid of Ukraine becoming a free and democratic state. He understands that Ukraine is becoming a regional leader, and that he is no longer able to control our politicians and institutions.

At school in Ukraine, we are taught that Western countries, and France in particular, symbolize the values of liberty and democracy. Today, we ask for this leadership from the West: not just in words, but in actions.

Putin understands that Ukraine is becoming a regional leader, and that he is no longer able to control our politicians and institutions.

With regard to Ukraine’s accession to the EU, we are optimistic that this will happen, and that our hard won achievements of the last 8 years will be recognized. The status of EU candidacy would not necessarily mean that we become full members; Ukraine understands that we have further steps to take. We agree with President Macron that it may take years for Ukraine to undergo all the transformations necessary before becoming an EU member state.

However, granting Ukraine the status of candidacy would send the strongest possible message to Russia that Ukraine is not alone, and that it is supported by the EU. It will also give us the possibility for advocating and implementing further reforms. This would be an example of an action beyond words, showing that the EU is committed to collaborate with our country in the short as well as long term. We are aware that there are EU countries that remain reluctant to the idea of Ukraine gaining EU candidacy.

What we hope and expect from France is that President Macron will defend our cause, and use his position within the Union to convince other states.

With regard to sanctions, we expect to see an oil embargo included in the 6th package of EU sanctions. We understand that there are difficulties with introducing a full gas embargo, since some EU states are heavily reliant on Russian gas. However, we have a clear solution: close Nord Stream 1. This would mean that Russian gas will go to Europe via Ukrainian pipelines. Ensuring the transit of gas through Ukraine will be a very strong safeguard, because Russia will not be able to target its missiles on Ukrainian territory.

Ukraine has taken great lengths to implement domestic reforms in recent years. Our number one reform has been judicial. In 2021, two laws were adopted by Ukraine’s government, implying a renewal of our main judicial institutions. It is important to note that the judicial systems in Eastern Europe are very different to their Western counterparts, as a result of our Soviet past. Independence was never an option for Soviet judges.

Unlike Poland or Lithuania, Ukraine has never managed to cleanse its judiciary from the communist era judges. Corrupt and dependent judges were granted full control over Ukraine`s judiciary. For years, Ukraine’s judicial system was trapped in a vicious cycle, by which corrupt judges nominate other corrupt judges to the High Council of Justice which decides on appointment and dismissal of judges. Once they had been elected, these judges would inevitably cover up for the actions of their peers. To break this cycle, we introduced open and transparent competitions for positions in the High Council of Judges engaging honorable international experts in the integrity checks of the candidates.

Furthermore, we keep implementing judicial reform even in the time of war. We believe that, once the High Council of Justice  is reformed, it will take care about the quality of the Ukrainian judiciary. Moldova is now attempting to implement similar judicial reform based on the experience of Ukraine. Georgian civil society advocates for that as well.

Granting Ukraine the status of candidacy would send the strongest possible message to Russia.

Importantly, during the last 8 years, we have established new institutions such as the National Anti-Corruption Bureau of Ukraine and the High Anti-Corruption Court (HACC), with the goal of combating high-level corruption .

To ensure transparency, we have also begun implementing a mandatory electronic asset declaration system. This system, the first worldwide, requires up to 300,000 government officials to inform the public of their assets through e-declarations, and thereby prevents corrupt practices.

In 2016, we also implemented electronic procurement systems via the ProZorro platform, which ensures open access to public procurement, and the transparent and efficient spending of public funds. Ukraine has been a trailblazer in implementing these electronic system, which is increasingly being promoted internationally. By leading these efforts, Ukraine should also be in a stronger position for EU candidacy status.

To ensure the fair access to state resources Ukraine is working on the reform of the anti-monopoly committee, with the aim of tackling oligarchs and building stronger public institutions. Oligarchs traditionally owned and controlled a majority of Ukrainian media. However, free journalistic agencies have become increasingly popular over recent years, which are funded by Ukrainians themselves in order to combat corruption and misinformation.

A Response to Putin: The Language of Force

Our final message, in terms of our request vis-à-vis European leadership, regards Putin’s attempts to blackmail the West by mentioning chemical and nuclear weapons.

The West, in our view, is not responding strategically to the threat of blackmail of nuclear weapons.

The West, in our view, is not responding strategically to this threat. Led by France, the West should come up with a clear and concise plan in case Russia does exercise its nuclear and chemical power, and make it clear to the Russian President that this reaction will ensue. Putin has to understand that he may be defeated, which will be the most effective preventative measure for using nuclear and chemical weapons.

It is crucial that Europe realizes that Putin does not understand the language of weakness; he only understands the language of force. The Russian President’s vocabulary does not include terms like peace, democracy, or freedom. It is rather marked by imperialism, war, and conquering territory.

Beyond Russia, it is vital that Europe sets a strong example to show other authoritarian states like China that war is not acceptable in the modern world. We have witnessed first-hand the devastation that war inflicts on the lives of ordinary citizens. We, as Ukrainians, feel a direct emotional response to the events that have unfolded since February. We have felt and witnessed pain that is inexpressible in words. And we know, fundamentally, that Putin will keep destroying our country and the lives of our fellow Ukrainians until he is forced to stop in his tracks.

Institut Montaigne thanks Lisa Klaassen, assistant Content manager, for her work in the transcript of this interview.

See also
Europe / World
Ukraine after Victory Day: Will Putin Shift to Negotiations?
ARTICLES | 10 May 2022 | Michel Duclos
Vladimir Putin’s Red Square speech on May 9 felt anticlimactic, with several observers expecting a symbolic announcement regarding the war in Ukraine. On the historic "Victory Day", however, no such announcement was made.  That is not to say that the speech lacked clear messages. First...
Next
Europe / World
International Law and the War in Ukraine
​​​​​​​Trois questions à Julia Grignon
INTERVIEW | 27 April 2022 | Julia Grignon
Since the beginning of the war in Ukraine, the international community has raised alarm about the growing number of war crimes. Most recently, German Chancellor Olaf Scholz described the Russian invasion as a "flagrant breach of international law". For him, the death of thousands of civilians are...
Next
SIGN UP FOR OUR NEWSLETTER
for a handpicked selection of analyses each week Yes please
Dossier |
Next
Publication -
Next
Europe et International | Europe | Russie
...
Next
Séminaire réservé exclusivement
à nos entreprises adhérentes
Restricted to
member companies
Next