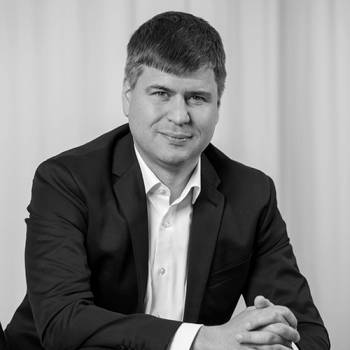 Russia’s aggression against Ukraine is a pivotal moment which serves as a reminder that China is not the most direct geopolitical threat to Europe. But Beijing’s support for Russia, however muted it may currently be, and its anti-NATO stance remain a direct challenge to European security. The Chinese Communist Party (CCP) openly shares with Putin’s Russia an aversion to democracy. The two countries have promised each other mutual support and no limits to cooperation. This article is the second part of a series published jointly by Institut Montaigne and MERICS, titled A Franco-German Approach to China.

China’s alignment with Russia is just one reason why the separation between cooperation, economic competition, and systemic rivalry - put forward by the EU in March 2019 - cannot be maintained. Beijing’s blocking of European imports carrying Lithuanian components challenges the integrity of the European single market and the EU’s economic security. By keeping in place its escalatory countersanctions of March 2021 against the EU (including those against parliamentarians and research institutions), China continues to undermine the democratic foundations and free speech in Europe.

Nevertheless, China’s importance as a market, production and innovation hub will continue to attract Western companies. There remain issues where cooperation with China will be needed - although this does not mean it will be forthcoming. Europe and China are the world’s largest energy consumers, with a degree of dependence on external producers, and Europe’s climate targets can be shared by China, whose emissions threaten its own ecosystem. Although infrastructure investment and development aid in third countries are largely competitive, China is increasingly a creditor that needs reliable lending rules. In theory, Europe and China could also pursue shared interests in conflict prevention and mediation.

France and Germany: from convergent analyses to convergent policies regarding China

In assessing the very varied picture that China represents, France and Germany have never fundamentally differed in their appraisals - during China’s phases of reform and opening up as much as in the increasingly difficult times they are encountering now. But they have often responded with a different tempo, intensity, and emphasis.

This is in part due to the asymmetry of their relationships with China. It is heavily dominated for Germany by a strong industrial and market presence in China, while France’s relationship is concentrated around several high-tech sectors, the luxury and cosmetics market and, more recently, agriculture. A permanent member of the United Nations Security Council and with a significant maritime presence in Asia-Pacific, France remains more prone to strategic and diplomatic initiatives, while Germany has long prioritized its commercial instincts.

But China’s development has recently canceled out many of these differences. The scale of its industry and high-tech sector now dwarfs Germany’s. Competition from China in third countries is growing rapidly. At the same time, market distortions, doubts about trustworthiness and security issues associated with China’s opaque party-state capitalism are producing growing spill-over effects across the EU.

China today is an actor very much "inside Europe". It affects political developments, public security and European unity in legitimate and also more clandestine ways, or with explicit divide and rule tactics. China’s reinterpretation of the global order and multilateral rules has narrowed the space for cooperation in international institutions. Diplomats in Paris and Berlin struggle to define a comprehensive cooperative agenda with Beijing.

France and Germany have since 2016 partnered with other countries to table European initiatives for defensive policies.

Responding to such challenges, France and Germany have since 2016 partnered with other countries to table European initiatives for defensive policies. These comply with multilateral rules and, so far, have not singled out China. "Non-papers" and often joint positions in the EU Council have shaped new rules for anti-dumping, investment screening and guidelines for the security of 5G infrastructure.

Franco-German coordination is also playing an important role in shaping impending anti-subsidy rules towards non-EU actors, and Europe’s stance for international procurement and anti-coercion instruments. The plight of Lithuania at the hands of China, not to mention Russia’s recent actions, demonstrate the crucial importance of the latter instrument.

With the new German government in place and the French EU Council Presidency at work, Paris and Berlin should prioritize three areas to shape European approaches to China: economic security, proactive European industrial and innovation policies, and an Asia-Pacific security stance that takes into account the growing interference between the European and Asian security orders.

Given China’s geopolitical stance under Xi Jinping, measures to strengthen European economic security are more important than efforts to deepen interdependence. Vulnerabilities in European supply chains as well as sectoral and company dependencies need to be identified. Limiting European dependence on critical materials and goods from China and scrutinizing dual-use technology transfer does not imply "decoupling". Any decoupling that has taken place is largely due to Xi’s increasing insistence on Chinese self-reliance.

In reality, the last two years have seen growing exports and investment flows from China to Europe, increased investment from Europe into China (including research and innovation) as well as larger financial flows. Introducing controls on European technology exports and scientific exchanges is a safeguard against this background. The systemic gaps between the European and Chinese economic systems - the differences regarding subsidies for innovation and high tech and China’s civil-military industry fusion - require more integrated and coordinated responses on Europe’s part.

But the challenges that China poses will not be solved by defensive instruments alone. European economies remain entangled with China’s industrial upgrading. They will have to contend with both the slowing growth of China’s domestic market and competition from Chinese companies in a growing range of sectors. France and Germany need to cooperate to craft policies that encourage innovation at home and involve competitive market rules. These policies must be enacted with many other EU member states so as to benefit Europe’s economy as a whole. They should include large projects of common European interest, beyond batteries and hydrogen.

A Franco-German effort must go to streamlining EU-level procedures so that funds do not go unused and risk-taking is encouraged.

A Franco-German effort must go to streamlining EU-level procedures so that funds do not go unused and risk-taking is encouraged. They should also support wider circles of innovation. The bottom-up approach of Germany’s Industry 4.0 policies and France’s traditional reliance on more top-down state support can complement each other and provide synergies. They should involve start-ups, SMEs, academic institutions, and - critically -should not be restricted to European participants in an open search for strategic resilience.

Deepening our trade, investment, financial and technological relationships with the US and like-minded Asian partners will be more fruitful than public policy support for growing those relationships with China. Initiatives such as the EU’s Global Gateway can set the points for a more offensive economic policy, providing rules-based and OECD-centered alternatives to China’s growing global footprint.

The real test for Franco-German leadership on China might, however, lie in navigating the changing geopolitical landscape. The security and prosperity of Europe will become ever more deeply interlinked with the Asia-Pacific. Russia’s invasion of Ukraine and China’s support for Russia must be seen in that context. A Chinese stance apparently ambiguous or neutral might just be tolerable for Europe on pragmatic grounds. Significant Chinese support for Russia would dim all prospects of improving EU-China relations. Similarly, assertive or revisionist behavior by China in the Asia-Pacific, including vis-à-vis Taiwan, continues to challenge the very principles on which the EU is based.

Transatlantic unity has been reinforced by events in Ukraine. In the Asia-Pacific, Europeans need to support public goods like territorial integrity, non-aggression, international law. China will prove cooperative in part but often resistant in practice. Against the backdrop of a shifting geopolitical context, Franco-German unity will be central to forging effective EU policies towards China.