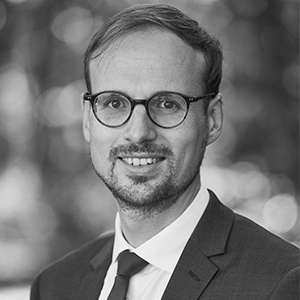 Mayor of Laval and President of Laval Agglomération 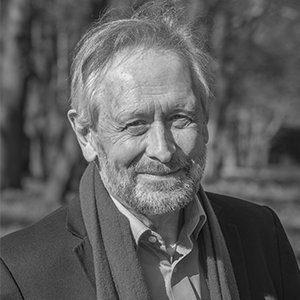 During his research on the local responses to the crisis caused by the pandemic in Europe, Nicolas Bauquet, our Associate Director for Research and Transformation of Public Policy had the opportunity to discuss with Sir Peter Soulsby, Mayor of Leicester, and Florian Bercault, Mayor of Laval. Both cities have had to deal with particular restrictions over the summer, and their experiences in navigating that were strikingly similar. Nicolas Bauquet carried out this cross interview with them, in order to study and compare how both cities reacted to the crisis and how the decision-making process evolved. At Institut Montaigne, we believe that cross-national exchange and collaboration is key to tackling the challenges posed by the pandemic in Europe, and that the voices of local actors should be heard, if we want to build a collective framework of crisis management.

Under what circumstances was your city affected by Covid-19 restrictions this summer, and how has the situation evolved?

PS: The entire British territory was locked down from March 23 until the end of June. Towards the end of the lockdown, by which time the national government had effectively set up a testing regime, the first available figures suggested there was a worrying trend in the number of cases in Leicester. Shortly after, Matt Hancock, the Secretary of State for Health, announced to the press and British parliament that there had been an outbreak.

This announcement took the Leicester municipality by surprise, as there had been no dialogue upstream of the national decision making process. It took almost 11 days for the local authorities to clearly understand what this outbreak amounted to, and the national organization for public health only provided us with vague figures and a very brief report.

This decision provoked much frustration for the Leicester authorities, who had not been trusted with any of the data or been implicated in the process. Almost more importantly, the national levels of authority had failed to take into account the local expertise and knowledge of the Leicester municipality. The absence of local consultation in decision making processes hinders the effectiveness of public decisions overall, but this is especially the case for Leicester, which has one of the most ethnically diverse populations in the UK. It is precisely the local authorities who have an understanding of all the various communities and the ways in which they interact.

As a result, there has been considerable frustration in the process of explaining to the citizens of Leicester what’s been happening, and particularly to the business community, who has been particularly impacted.

The absence of local consultation in decision making processes hinders the effectiveness of public decisions overall, but this is especially the case for Leicester.

Fortunately, the impact of the crisis for Leicester’s local economy should stick to the short term, as the city has a broad economic basis with a wide range of economic sectors. In recent weeks, the number of cases has increased significantly (yet less than in the beginning of March), but the way the tiers are drawn up seems to have little reference to figures and data related to the transmission rates. Some of the restrictions seem to be linked to political considerations.

FB: The town of Laval and its metropolitan area underwent a severe outbreak of Covid-19 in July. When I took office on July 3, the rate of cases (the number of new cases detected per 100,000 inhabitants) in the district of Mayenne was 42.5. This rate went up to 153.91 on July 24, before falling back to 17.35 a month later on August 27. This peak, which took place in the middle of the summer, required a lot of reactivity and pragmatic thinking. As we identified multiple clusters and saw the disease spreading, we had to act and communicate quickly in order to inform, reassure, and instruct the population. We had to act in order to organize testing and deploy teams on the ground.

As mayor, what was your role in managing this crisis, and how were you involved in the decisions taken by the public authorities?

PS: Unlike France, the mayoral system of leadership is not the standard in every municipality, Leicester being one of the few. At a time like this, people particularly refer to their mayors for information but also to express their frustration. Thus, the mayor is in the front line: I’ve had to be particularly engaged in both local media, in terms of talking to the local community, and national and international media to talk about the city, and to hold the government accountable.

Since 2013, local authorities have been handling the public health services of their local populations. Hence, local directors of public health in the UK have very precious knowledge of local populations. They have particularly valuable expertise when it comes to tracing various infections, such as tuberculosis or STDs. As mentioned, this local expertise has been neglected and the government decided to duplicate their work with a national system of contact tracing.

Being Mayor also comes with significant media attention. Mayors must use this attention to inform the local population.

There has recently been some improvement in the implication of local authorities and the government itself has begun to draw some of the lessons. However, Leicester has sought to share its experience very widely, by sharing reports and studies. These were surprisingly well received by the government, which was prompted to set up a review. The expectation was that the review would point the blame on local authorities. But instead, it was full of praise for the work that Leicester has done.

FB: My role as a local elected official was first and foremost to ensure the full mobilization of all elected officials and of the city’s administration, whose firepower was crucial to the management of this crisis. All of our agents worked around the clock to ensure the continuity of service to the public. All the departments were mobilized, implementing massive awareness campaigns, deploying signage around town, conducting prevention patrols, assisting the most vulnerable through the Social Action Municipal Center social workers, or distributing masks through our agents in the community centers...

Being Mayor also comes with significant media attention. Mayors must use this attention to inform the local population. I think we were able to successfully use media and social networks to inform Laval residents, who adopted social distancing rules very early on. We strived to ensure information was shared with citizens in a transparent manner.

Decision-making would gain in effectiveness if that is done with proper engagement with local authorities, drawing on the understanding that municipalities have of the communities from which they come.

This crisis tested our innovation capabilities, as we had to make constructive proposals. This is why I offered the central government to put in place a testing bus that moved around town and went deep into secluded neighborhoods with the help of volunteers from the Civil protection force. We also went door to door with other elected officials to encourage the population to get tested. We launched prevention patrols with the prefectorial services and health authorities, and implemented regular updates on the Covid-19 situation in partnership with civil society organizations. These were held in a chalet located on Laval’s central square and usually used at Christmas.

In early June, the relevant public authorities (Préfecture, the Regional Health Agency ["Agence régionale de santé, ARS"], Social Security ["Caisse Primaire d'Assurance Maladie"]) published a press release that mentioned a "mass testing" of the population. The use of this term set off a media storm, and we, the elected officials, were on the front line of the response. Subsequent dialogues with the Prefect of Mayenne and the RHA were constructive.

What would be your recommendations to improve local crisis management systems and to effectively respond to the virus?

PS: It is certainly true in the UK, as it is probably true in a number of other countries, that the central government has an insufficient understanding of the expertise at the local level and an insufficient trust in the local people. That lack of understanding of local administration, coupled with a lack of trust, has led them to believe that the response to the virus was best to be central.

While in the first few weeks it may be understandable for central governments to act centrally and uniformly, they missed the opportunity to decentralize and to co-design public decisions: this would have been a major, national source of empowerment.

Of course, all wisdom is not at the local level, as local administrations do vary dramatically in their competence and leadership. But it isn’t so much a question of localizing and decentralizing, as it is a question of developing genuine partnerships with local areas. The central government is quite right to insist on some uniform standards. However, decision-making would gain in effectiveness if that is done with proper engagement with local authorities, drawing on the understanding that municipalities have of the communities from which they come.

FB: The authorities took gradual action as the epidemic progressed. Coordination between the State and local authorities is crucial—both at the political level between the prefect, the director of the RHA, and the mayor, as well as at the technical level between the various operational teams. It is impossible for elected officials to simply be put before a fait accompli and accept a decision or an order that requires the local authority to act or, more importantly, commit funding to.

Governance rules and decision making chains must be neatly outlined.

What happened in Marseille shows the importance of consultation with local officials, who know their territories well and thus have an important role to play in managing the crisis.

In order to ensure such coordination, it seems useful to clearly identify a leader. Who is in charge: the prefect, the director of the RHA, the elected official, the government…? Governance rules and decision making chains must be neatly outlined.

As mayor and president of a metropolitan area, I was able to observe how important it was to anticipate decisions. This virus intruded into our lives at the beginning of this year and much about its behavior remains unknown, but we still have to work on establishing forward-looking scenarios. That is what I asked my staff to prepare in time for the end of the school break.

In practice, this implies asking the three following questions:

Designing a roadmap for each of these scenarios is very useful to assist with decision making at the political, business, and individual levels.

In summary, you have to innovate while remaining receptive to citizens. The acceptability of a decision hinges on proximity, transparency and clear rules that citizens can understand.

See also
Europe / World | Coronavirus
The Vaccine Race: Will it Make or Break Multilateralism?
ARTICLES | 21 October 2020 | Mark Pearson
Developing a vaccine against Covid-19 is at the forefront of most state’s interest at the moment. This inevitably raises questions about who will get the vaccine first, and how equal access to it can be ensured. International cooperation is surely primordial in this challenge, but can such...
Next
Europe / World | Coronavirus
Coronavirus 2.0: How Germany Could Lose Control
ARTICLES | 23 October 2020 | Alexandre Robinet-Borgomano
German Health Minister Jens Spahn was placed in solitary confinement, after testing positive for coronavirus on October 21, 2020. It was clear that the tide had turned for the health situation in Germany. The number of new contaminations, which had been growing moderately for several weeks,...
Next
SIGN UP FOR OUR NEWSLETTER
for a handpicked selection of analyses each week Yes please
Dossier |
Next
Publication -
Next
Royaume-Uni | Santé | Villes et territoires
...
Next
Séminaire réservé exclusivement
à nos entreprises adhérentes
Restricted to
member companies
Next