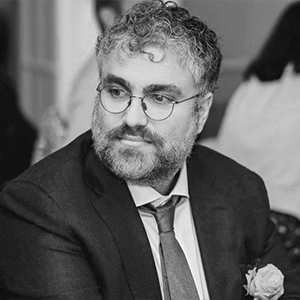 In the first two weeks of last November, the world gathered in Glasgow for COP26. Legions of delegates from around the world negotiated the Glasgow Climate Pact. We’ve followed the heated debates about whether or not we should engrave "phasing-out" or "phasing-down" coal usage in the conference proceedings. We’ve heard the Indian and Chinese delegations defend their positions by saying their countries were not ready to stop reliance on coal completely. Simultaneously, with acute efforts and cooperation with the international community, they could commit to phasing down the most polluting fossil-fuels from their energy demand. But, of course, we were in a very different world last November. The Indian Prime Minister, Narendra Modi, had just called for the most ambitious climate finance ever, claiming $1000Bn to help India reach carbon neutrality in the next decade. At the time, we were speaking about the credibility gap between long-term commitments and currently implemented policies. Where has all this gone in light of the Russian invasion of Ukraine?

It is, of course, too early to comprehend the war’s impact on the battle against carbon emissions. High fuel prices are expected to accelerate the energy transition because renewable energy has become much cheaper than fossil fuel alternatives. However, if this view might triumph in the long run, current governments’ responses to the crisis are not necessarily following this direction. What is becoming evident instead is the global emergence of an Energy Security Urgency Doctrine. This article provides a glimpse into the global energy transition trend, looking at China, India, Japan, and the EU's recent declarations.

Energy trade is the Alpha of the global economy. Since the first industrial revolution, controlling energy supplies has been essential for economic development. History teaches us that once countries deplete their own primary (fossil) energy resources, they either have to find them elsewhere or enter financial difficulties. This has been the case with both wars or trade. The globalized world we are living in is structured around energy resources trade (oil, coal, gas…) between resource-rich countries (like Russia) and (post)-industrialized wealthy nations (like the European Union or Japan).

Some countries, like the US or Norway, are lucky enough to fall into both categories. Against this backdrop, the feeling of urgency to access fossil fuel resources is still very much alive in the global political habitus. Thus, the Russian invasion of Ukraine and resulting Western sanctions imposed on Russia - a major energy resource exporter - inevitably raises political concerns about Energy security and the preservation of economies recovering from Covid-19 depression. This awakened sensitivity to energy security is visible in decisions taken by governments worldwide. It does not bode particularly well for the battle against climate change. Rather, it is emphasizing that governments try to stick to what they know best.

China has taken ambitious stances at COP 26 - especially in terms of decreasing reliance on coal. However, the war is disturbing the Chinese official climate narrative. China has been investing in massive energy resource diversification for a long time and is still signing new contracts today (for example, with the US). But, far from phasing out or even phasing down coal-fired power plants, China is now investing in new coal infrastructures. This decision has been confirmed in the "Energy sector plan" of the 14th Five-Year plan released a few days ago. The Chinese general motto, reinforced by the recent geopolitical turmoil, is now more than ever on energy security. In practice, this means more coal. Indeed, China has significant domestic coal resources, while it imports parts of its oil and around a third of its natural gas consumption. Thus, investing in new, more efficient, coal-fired power plants provides energy security for its heavily industrialized economy. But it also implies that these plants will continue operating for the next few decades. In light of this context, what does this reinforced urgency for energy security mean for China’s overall climate ambition? Nothing definitive, but nothing good either. What we do know, is that the "coal come-back" triggered by the growing concern for energy security endangers the Chinese coal demand peak and the overall Chinese GHG emissions peak "before 2030".

Despite sharing the same energy security concern, India is taking a different approach. The country cannot be self-sufficient in domestic fossil resources and is thus unsettled about Western sanctions against Russia, a major supplier.

It has neither supported nor condemned the invasion of Ukraine. Hence, instead of using the current context to enhance its climate ambitions, it has taken an opportunistic approach, purchasing cheap Russian oil with a significant rebate on the global oil market (-25%). From the Indian perspective, cheap oil coming from Russia will benefit India’s economy. In reality, it is not the wisest choice for a country with a growing demographic and resulting development challenges.

Investment in renewables is the cheapest and safest option available for India’s future energy security and development.

Driven by the fear of immediate high energy prices, investment in renewables is the cheapest and safest option available for India’s future energy security and development. Hence, if it persists in this short sighted and opportunistic approach, the second Asian giant will lose in the long run.

Japan is part of the Western alliance with the US and Europe, and is sanctioning Russia. Given Japan’s dependency on Russian oil and gas, it is now facing growing concerns over the future reliability of Russian energy imports. Big Japanese companies like Mitsui have declined to leave Russia, especially for energy security purposes. Political debates on the importance of energy security are not new in the country. However, the current geopolitical crisis is triggering heated discussions on which direction to take. So far, Japan has taken two main approaches. The first one involves negotiating new contracts and diversifying  suppliers as much as possible, especially for natural gas. The second gives a renewed attention to nuclear energy that Japan had removed from its energy mix after the Fukushima Daiichi incident. That being said, the nuclear question has been a compassionate political issue since 2011. However, Japanese public opinion over this issue has recently changed. It implies that the Japanese government has more leeway to accelerate the resumption of its remaining nuclear power plants, even if it is technically challenging. At the same time, it will continue to invest in renewable energy. In this respect, the Japanese energy security discussion might be easier to align with an enhanced climate ambition than other countries. The key difference is that Japan has nuclear capacities that it can resume in the coming years, while most countries do not.

Europe is the region facing the most significant energy security challenge from the Russian invasion of Ukraine. The share of its dependence on Russian energy resources is incomparable. Because of this reliance, and despite the unprecedented sanctions imposed on the Russian economy, the European Union has not been able to agree on an embargo on Russian energy imports. The ambitious plan operated by the European Commission forecasts to exclude Russian gas, but not before 2027. It also plans to remove 2/3 of Russian gas imports by next year. In order to achieve this, the EU’s first response to energy security urgency has been to discuss fossil-fuel diversification, and make joint purchases of fossil-fuels between member states in order to reduce the cost.

If Europe can find alternative sources for oil supplies relatively easily, it is not the case for gas.

If Europe can find alternative sources for oil supplies relatively easily, it is not the case for gas. This would involve replacing pipeline gas coming from Russia with LNG coming by sea. Talks have already taken place with major LNG suppliers like Qatar and the US. However, Europe does not yet have enough infrastructure for increasing LNG imports.

Moreover, building LNG gasification terminals to decrease reliance on Russia also implies unplanned investments in fossil fuel facilities, which would remain on the market for the foreseeable future. The argument for transforming new LNG gasification terminals into future Hydrogen (Ammonia) terminals has yet to be technically proven. Additionally, significant reluctance from countries like Germany to resume their nuclear power plants, which were closed after the Fukushima incident, equally complicates the situation. It also demonstrates that the EU still perceives energy security through a fossil fuel framework in the short term. Thus, even if the European Commission plan involves massive investment in renewables, the unavoidable investments in new fossil fuel facilities do not bode well for climate change.

Old habits die hard. Ensuring energy security is a genuine political concern for governments around the world. For centuries, this equation between economic preservation/performances and access to fossil-fuel resources has been true to an almost mathematical point. However, it has changed significantly with technological progress, adaptations to previous energy crises, and the beginning of the energy transition. Most developed nations have now succeeded in decoupling economic performances from GHG emissions. As a result, there has been a decreasing security reliance on fossil-fuel access in the geopolitical game. This reality should also change the political habitus that equates energy security with access to fossil resources. Thus, the primary urgency we face in this crisis, beyond the immediate energy needs, is not to invest too many euros in fossil-fuel facilities that will be on the markets for the next decades and become stranded assets. Instead, the answer to enhancing energy independence should be to develop decarbonized energy capacities as fast as possible.

See also
Europe / World
Ukraine’s War: The Economic Impacts
Trois questions à Eric Chaney
INTERVIEW | 18 March 2022 | Eric Chaney
Russia’s invasion of Ukraine, which began on February 24, has resulted in a full-blown war. The Western world’s condemnation of Vladimir Putin’s actions has been reflected, among other things, in the implementation of significant economic sanctions against the Russian regime. It is still too...
Next
Europe / World
Gas and the Energy Transition: China’s Pragmatism
ARTICLES | 23 February 2022 | Joseph Dellatte
Europe has to hedge its bets when designing its pathway to reaching carbon neutrality. The role of gas is one of the key questions surrounding the energy transition strategy, and the experience of Japan and China could provide valuable lessons. This is the second half of a two-part paper, written...
Next
SIGN UP FOR OUR NEWSLETTER
for a handpicked selection of analyses each week Yes please
Dossier |
Next
Publication -
Next
Énergie | Russie
...
Next
Séminaire réservé exclusivement
à nos entreprises adhérentes
Restricted to
member companies
Next