New Voices in Africa - Cinema as Premonition, Covid-19 as Possibility 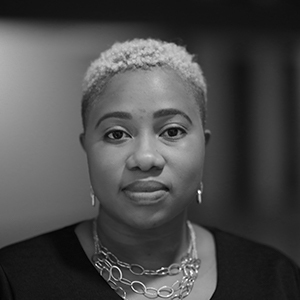 The last chapter of this series zooms in on the film industry in Africa. As seen from the perspective of Kenyan filmmaker and French-African Young Leader, Dr. Zippora Okoth, this period has been impactful to say the least. How could an industry that depends so heavily on shoots, festivals and people going to the cinema survive? Despite significant losses of revenues, the film industry is finding ways to reinvent itself, in some ways less obvious than others. In fact, you might be adding more Kenyan and Ghanian films to your Netflix watchlist soon.

The film industry in Africa has been growing in size and in popularity, with Nigeria leading the trend. With more audiences warming up to watching African stories and African filmmakers investing more in independent films, the industry has never seen a better time. The scale is definitely not the same as Hollywood, but anything better is good enough for an industry where resources are limited. During the Covid-19 pandemic, the audiences were able to congregate and to watch more African films in their living rooms, on their phones, laptops and tablets. With more time available, there was definitely an increase of viewership on online platforms. Yes, time has been a rare commodity for the common individual in Africa, as the pressure to focus on creating wealth has been high. This has affected audience turnover in events and fora that have anything to do with film. However, during the pandemic, audiences were at home under lockdowns. It is believed that the trends changed with every month of the lockdown. Inthe first two months, medical science fictions were the most watched, with people trying to figure out the onset of Covid-19. They were amazed at how several older and fictional films mentioned the coronavirus as a pandemic affecting the world. To many, it made creative works feel like premonitions of sorts, which entrenched a great respect for film and imagination in the audience.

The closure of sets and postponement of ongoing and planned shoots implied a huge financial loss for filmmakers.

Aren’t films a mirror of our world after all? The subsequent months of the lockdown saw many audiences watch more family-oriented films, including cooking shows and series. This was attributed to the fact that most families were now spending time together and the parents were living up to their social roles, with women cooking more as most cultures in Africa would expect. But then again, this is only the audience’s perspective on film under the pandemic.

Covid-19 as a setback to the film industry

To the filmmakers, the world was crumbling for a moment. Shows, premieres and shoots were all postponed, as film sets were packed up. With all this closing down, many filmmakers lost income and financial resources. There are two groups of filmmakers in Africa: the salaried filmmakers, and the freelance project-based filmmakers, who represent the majority in the industry. The closure of sets and postponement of ongoing and planned shoots implied a huge financial loss for filmmakers from both categories as salaries were cut, but especially for those with no reliable sources of revenues. The postponement of scheduled premieres and launches also represented a big loss for the industry, particularly for film producers. Notably, two major films in Kenya that were set to premiere, including my feature film Midlife crisis, had to be cancelled to follow government regulations on gatherings and curfews. This occurred only two weeks before the premiere, which made it impossible to recover all the money invested in the marketing of the film and on the logistical aspects. Many filmmakers had to face such a loss, not only in Africa but worldwide. With films like James Bond, which was set to premiere on April 4, but was forced to postpone, the loss was felt by both global and local cinemas. The devastating loss of income source led the filmmakers to find other income alternatives. Many of them, especially those with families and children, have decided to engage in other types of business like selling groceries, food catering, delivery services and even cab services, in order to make ends meet. There were a few, however, who used their mass influence and started video blogs on online platforms like Youtube, Facebook and Instagram.

For the filmmakers who ventured into content creation for online audiences, there was a rise in following, which translated into more revenues for them. Actors were especially able to get a greater following due to the fact that audiences love familiarity.

A time for opportunities

Covid-19 presented a lot of great opportunities for the film industry too.

Despite all that, Covid-19 presented a lot of great opportunities for the film industry too. Various film challenges for short films, phone film competitions, recorded creative works and performances, and many more, were initiated during the crisis. Some of these challenges came with financial awards. This enabled filmmakers to enter into various local and international online festivals that saw many groups winning awards as small as 100 Euros and as big as 50,000 Euros. This allowed many filmmakers to create more content, and thus increase their revenues. It also meant that audiences were offered fresher and more impactful content. This made many of the good short films go viral. Having that recognition elevated the filmmakers to greater heights.

Various video on demand platforms have also gained audiences, as some of them were created solely for the purpose of showcasing these films. Platforms such as Netflix and Showmax have also notably gained more viewership.

According to Rebecca Moody, a data journalist on comparitech, Netflix has gained approximately 25M more viewers in the first half of 2020 in Africa, Europe and the Middle East combined. It is however not clear how many are categorically from Africa. We have also seen a noticeable increase in the number of African films on Netflix. Even though Nigerian and South African films are most represented on Netflix and Showmax, you can now see more of Ghana, and newer countries are being introduced into these platforms. Kenya just had its first film, Poacher, launched on Netflix on September 30. With Disconnect and Sincerely Daisy added to the list this October, there is a rising excitement with rumours of ongoing talks for acquisition of more Kenyan films. Showmax, has notably had a lot of East African films, TV Series and soap operas.

The value of a festival is in the physical interactions with the locals, the environment, the culture and the people.

Online screenings have however not been embraced by filmmakers as much, as there is no certainty that the work is not going to be made publicly accessible to larger audiences who may not pay to watch the film, thus providing no revenue to the filmmaker, or risking piracy and many other copyright issues. On the other hand, festivals being virtual have however enabled filmmakers who may otherwise not have attended the festival to do so virtually, despite the lack of physical meetings, which increase networking, collaborations and distribution avenues. The following question is yet to be answered: how can we efficiently hold virtual film festivals, in a way that benefits the festival owners, the film producers, film distributors and all stakeholders. After all, the value of a festival is in the physical interactions with the locals, the environment, the culture and the people. Festivals don’t just provide entertainment and a market for interactions and networking, film festivals offer therapy and room for more creative inspiration.

A new beginning for the Kenyan film industry?

Governments in Europe provided Covid-19 funding to cushion artists during the pandemic. One may ask, what have governments done in Africa? In Kenya, the government’s Film Commission equally stepped up and provided artists with two funding opportunities. The first one was the artists’ Stimulus Package, which saw 85,000 Euros distributed variably to the production of 20 short films on Covid-19, which were regarded as work for pay.

The second funding was the Empowerment Fund, in which the government granted amounts ranging from 15,000 Euros to 40,000 Euros to 10 film production companies totaling to 250,000 Euros, to produce feature films and documentaries. This may not be much in respect to the high cost of film production, but it accounts for variably 40-70% of the various film budgets, which in reality is a great contribution to independent filmmakers.

In Kenya, this was the first time ever that artists received government funding for film productions and it has set an important precedent for future collaborations and the promotion of film works. It is our greatest hope that this is the beginning of the government support and recognition of film as an enabling industry. In Nigeria, film generates an annual revenue of approximately 1 billion USD. This has increased the support from local companies and financial institutions, who thus view film as an industry with a sustainable revenue. Artists and film companies in Nigeria are therefore more able to obtain loans or equity funding, including through international and local partnerships.

It is my belief that other African countries will be able to enjoy such privilege too, especially when governments become able to support the film industry in terms of production, marketing and even by making their countries more viable for international co-production agreements.

Has Covid-19 changed the film industry for the better?This is debatable. One notable element is that because of social distancing, production houses are having smaller crews. Reduction in crew sizes may imply an increase in the number of shooting days, as everyone tries to multitask on set. In turn, this means that the reduction in production costs is actually very minimal. However, it could lead crew members to develop their skills further, in order to make them more marketable and relevant to the film market. Covid-19 has also enabled filmmakers in Kenya to seek more collaboration opportunities with international film agencies. Such collaborations entail foreign directors choosing to shoot scenes in the country, by delegating the job to local filmmakers while they direct only virtually. This means more film revenue for established filmmakers. Nonetheless filmmakers, especially crew, have the uphill task of making their work visible by sharing their profiles and showcasing reels on social media and relevant websites.

For film producers, it is still a long journey to realizing the spark and excitement that comes with having film premieres, going to festivals and film markets and getting maximum returns from cinemas. Yes, the pandemic has brought drive-in cinemas back, but film events are equally as valuable for the spaces of interaction and inspiration they create. This season has come with its lessons and challenges. But overall, it has brought reasons to smile. Any growth in the industry is a great step in the right direction. We are waiting for the end of the pandemic to create films that perhaps, 50 years later, will be looked at as the premonition of what will happen, for art is the reality of now and of tomorrow.