Mending Multilateralism: on Getting Worse and Getting Better 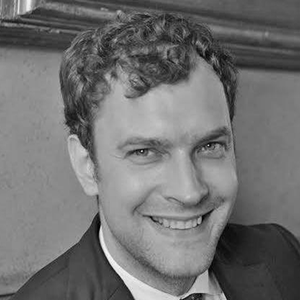 Multilateralism took many a hit in 2020, and many global institutions and alliances were really put to the test. As the weak points of the multilateral order were exposed, governments and the international community were also provided with several areas for concrete improvement and new courses for collective action. Marc Reverdin, Secretary General of the Paris Peace Forum, reflects on the state of multilateralism, the points of caution and how we can rebuild.

What observations can be made about some of our major multilateral institutions this year, such as the World Trade Organization, World Health Organization, and the United Nations Security Council?

2020 has obviously been a bad year for multilateralism. The multidimensional - health, cultural, economic, social - crisis triggered by the appearance of the novel coronavirus (Covid-19) has added to the growing dysfunctions observed in major multilateral forums.

Contemporary multilateralism, which is embodied in particular by the United Nations system, is often paralyzed by great power politics and, more recently, populism. These difficulties are not new and affect areas such as preserving peace and protecting human rights, climate and biodiversity, and economic governance. Contemporary multilateralism also appears outdated when addressing new global challenges such as digital issues, new technology, or space governance, because it does not include private actors. The violence of the pandemic shock exposed these structural weaknesses.

The United Nations Security Council (UNSC) was unable to meet before the beginning of April and failed to agree on a resolution describing the pandemic as a collective threat. This failure, along with several stalemates regarding the conflicts in Syria, Libya, and Nagorno-Karabakh, the lackluster extraordinary G20 Saudi Arabia summit on Covid-19 held by videoconference in March, the lack of a G7 meeting under the American presidency, and the cancellation or postponement of almost all major international conferences or negotiations scheduled for 2020 (COP26 UN climate change conference, COP15 UN biodiversity conference, final negotiations of the Global Ocean Treaty) have revealed the limits multilateral institutions face when trying to provide a satisfactory response to the crisis. However, it is worth noting that some multi-actor initiatives such as the ACT accelerator (Access to Covid-19 Tools which include tests, therapeutics and vaccines), the Paris Peace Forum, the Finance in Common Summit, and the Alliance for Multilateralism, with support from the UN Secretary-General, the President of the French Republic and the President of the European Commission, have attempted to mitigate this tremendous global governance void.

Contemporary multilateralism also appears outdated when addressing new global challenges such as digital issues, new technology, or space governance, because it does not include private actors.

Due to its global health mandate and its role, both real and fantasized, in the management of major pandemics, the World Health Organization (WHO) was the most scrutinized, discussed, and controversial multilateral institution in 2020. In the past, WHO accomplished its mission with varying degrees of success, from the eradication of smallpox in the 1970s to its paralysis when faced with the outbreak of AIDS in the 1980s, and its role as whistle-blower during the 2003 SARS outbreak, in stark contrast with its erratic management of the H1N1 virus in 2009 and Ebola virus in 2014.

In 2020, WHO was a reflection of the entire international system. On the one hand, it demonstrated its central and indispensable role in managing a global health crisis, for which it alone has a precise international mandate and consolidated expertise. On the other hand, its political vulnerability and the weakness of its means were made more apparent than ever. Indeed, WHO depends entirely on its 194 member states as well as its financial backers, it cannot sanction or coerce but only recommend, and its means are mediocre given the importance of its mandate. With a budget of $5 billion, it commands half the resources of the United States Centers for Disease Control and Prevention (CDC) alone, and 80% of these resources are provided by its donors, including large private foundations, which significantly curtails its independence.

At the political level, this dependence was emphatically attacked by US President Donald Trump. He accused the organization, and more directly Tedros Ghebreyesus who was elected as its Director-General in 2017 with China's support, of being the latter's excessively docile and accommodating instrument. In spring 2020, President Trump announced his country would withdraw from the organization and the unilateral US funding suspension. This excessive and brutal move is yet another illustration of the former US President's policy of systematically undermining the multilateral system throughout his term of office. In 2020, the World Trade Organization was one of the last organizations to bear the brunt of this strategy when the United States blocked the election of its new Director-General, after having weakened and then completely paralyzed its Appellate Body.

The election of Joe Biden is good news for multilateralism. It breaks with Donald Trump's destructive exuberance on the international stage and signals the United States' return to the multilateral system.

This certainly does not mean that America will necessarily be more accommodating than before on many issues. The easing of American positions vis-à-vis China should only be limited and very conditional, especially in the trade area, while its relations with Russia are expected to worsen. However, the country will once again commit to institutions, dialogue, and diplomacy. While Donald Trump's decision to leave the Paris Agreement, the Iran nuclear deal (JCPOA) and WHO failed in bringing down the international system, it nevertheless left it in an extremely weakened state. To counterbalance these withdrawals and unilateralism, the new Democratic administration will also strive to restore American credibility and standing.

The effects of the reorientation of American foreign policy will nevertheless have to be scrutinized, particularly Joe Biden's project of organizing a summit of democracies. While such a summit is attractive at a time when Western democracy is enduring the aggressive competition of alternative models, it could reintroduce strong ideological fault lines in the field of international cooperation. Such fault lines could affect international responses to major global challenges, some of which are existential for humankind (climate, biodiversity, development, or health) and often require cooperation across ideological divides. To make this summit a success, both democracy and human rights will need to be defended without leading to a break-up or complete decoupling of the international system, at the risk of ultimately weakening collective action.

The change in American administration is also a challenge for certain stakeholders. The European Union, which emerged structurally strengthened from the pandemic, in particular by financing its economic recovery via joint debt, also took advantage of President Trump's hostility to grow stronger. While many European countries' trust in the American ally has faltered in recent years, the Transatlantic link's reinvigoration could weaken the political assertion of European sovereignty and the emergence of a power hub that could be valuable in preventing the multilateral system from being overwhelmed by the Sino-American rivalry.

The election of Joe Biden is good news for multilateralism. It breaks with Donald Trump's destructive exuberance on the international stage and signals the United States' return to the multilateral system.

For its part, the leadership that France was able to exercise at the multilateral level due to the vacuum left by the United States should now be exercised in conjunction with Washington. The same reasoning applies to the United Kingdom, which is undoubtedly relying on its G7 presidency and the COP26 UN climate change conference this year to promote the concept of a Global Britain, finally emancipated from its former European Union membership.

Numerous challenges remain for a multilateral system further weakened by four years of Trumpism. The top priority is to end the pandemic by collectively creating the conditions that will allow an equitable allocation of vaccines on all continents, thereby reversing vaccine nationalism and vaccine diplomacy that serve only the influence or power of specific states. The international community will also seek to resume its efforts to fight climate change and preserve the environment, which the pandemic crisis put on hold, on the occasion of the COP15 UN biodiversity conference organized by China and the COP26 UN climate change conference organized by the United Kingdom. Finally, the international community will need to face the effects of the devastating economic and social crisis caused by the health measures that have paralyzed and weakened economies, disrupted value chains, and, above all, increased wealth and development inequalities throughout the world.

In this context, while controlling the pandemic is at the top of the international agenda for the first half of 2021, multilateralism may also be faced with the structural challenge of managing the abundance of conferences organized to make up for 2020. Indeed, replacing a period of scarce initiatives and meetings with sterile overactivity would only succeed in further straining collective action and international coordination. More fundamentally, the new chapter that is opening, one year after the emergence of the pandemic, will undoubtedly be an opportunity to continue modernizing multilateralism and the approach to global challenges by striving to add ever more energy and inventiveness to the traditional diplomatic channels with new actors, from civil society to the business world. That will be the specific contribution of the Paris Peace Forum in mid-November.

See also
Europe / World
US Isolationism: How to Step Back Without Stepping Away?
Interview with Charles Kupchan by Soli Özel
INTERVIEW | 12 January 2021 | Charles Kupchan | Soli Özel
On December 8, Institut Montaigne hosted a webinar in which Soli Özel, Senior Fellow at Institut Montaigne and an expert of American politics, spoke with Charles Kupchan, professor of International Affairs at Georgetown University and Senior Fellow at the Council on Foreign Relations, about the...
Next
Europe / World
Do We Need a Global Alliance of Democracies?
ARTICLES | 5 January 2021 | Michel Duclos | Bruno Tertrais
The convening of a "Summit for Democracy," to help move forward the traditional US goal of strengthening the alliances between democracies, will be one of the centerpieces of the Biden administration’s foreign policy agenda. Michel Duclos, Special Advisor for Geopolitics, and Bruno Tertrais,...
Next
SIGN UP FOR OUR NEWSLETTER
for a handpicked selection of analyses each week Yes please
Dossier |
Next
Publication -
Next
Amérique | Politique étrangère
...
Next
Séminaire réservé exclusivement
à nos entreprises adhérentes
Restricted to
member companies
Next