Lessons From the UK: Not Letting the Best Be the Enemy of Good Enough 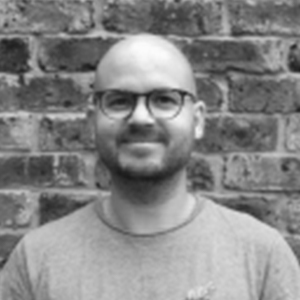 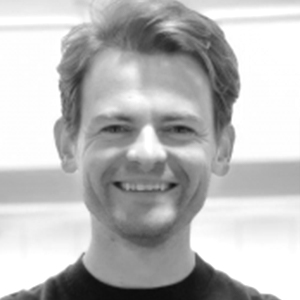 The UK government was heavily criticized for its response during the first wave of Covid-19. Its policy of local lockdowns was being assailed from all sides as it did not reflect the reality of where and how the virus was spreading. If some mayors argue they could have done better if the decision-making was decentralized, Ryan Wain and Dan Sleat, from the Tony Blair Institute, claim in contrast that political leadership at the top with clear objectives can be a game-changer. Anuchika Stanislaus, International Affairs Officer at Institut Montaigne asked them both their views on past and current british strategy.

How can data be mobilized to support immunization policies and better target priority groups? What monitoring systems could be put in place during the vaccination campaign and afterwards?

When the UK set up its testing programme, one of the measures the Tony Blair Institute called for very early on was a Minister for testing: someone in a senior position in government who would have the responsibility of empowering and bringing together the critical areas of logistics, manufacturing, scientists, innovators, data collection. All of these different constituent parts are critical in making up the right mass testing regime and need to sit under one roof. This proposal was not followed. As a result, the governance of mass testing ended up fragmented. If nobody had a holistic overview of all those different aspects of mass testing, it is no surprise mistakes were made early on, we can't repeat those mistakes again with vaccines. We will need political leadership at the top. In France and in the UK, we believe there should be a Senior Minister responsible for vaccines, reporting respectively to Emmanuel Macron and Boris Johnson. These ministers would have an overview and oversight of the trials that take place, they would be able to monitor the vaccines, to repurpose storage, logistics and transport facilities to make sure we have the right infrastructure in place to move the vaccines around the country quickly, and at scale. On the issue of data, they would work with technology providers, with Primary Health Care, hospitals and pharmacies, while making sure that they are organizing and providing oversight.

In the UK, testing capacity was initially very limited, with capacity to test 5,000 people a day. This simply wasn't enough to get a real grip on this crisis. As a result, health secretary Matt Hancock, who oversees the NHS, ended up setting a target of 500,000 tests a day. On the one hand, this was a great announcement: it meant that everyone was geared towards this national mission of trying to increase testing numbers. On the other hand, we quickly identified that within the available tests there were different types:

What the Government did when it set the ambitious target to increase testing was confuse targets with a strategy. We can’t repeat the same mistake when it comes to vaccines.

What the Government did when it set the ambitious target to increase testing was confuse targets with a strategy. We can’t repeat the same mistake when it comes to vaccines. A clear strategy needs to be devised; a subject we will be writing about in the coming days. If there are different types of vaccinations, we should anticipate the following questions: Do they need to be stored? Where? Which kind of transporters should be deployed? And therefore which groups need which type of vaccines? It’s fantastic if the UK finds itself with an amount of vaccines growing per day as we had with testing. But in that first case, we did not have the right tests for the right purposes, which held back the mass testing regime.

The final point is to have a very clear single-minded objective: to focus on an exit strategy from Covid-19 restrictions. The ultimate end goal must be to implement measures that allow people to live safely and freely alongside the virus. It means we should have vaccines, tests and therapeutics which ladder up to something that allows us to live safely alongside the virus: a digital health passport. We need to be in a situation where every individual in France and in the UK has ownership of their Covid-19 status, particularly information on vaccinations and testing. This would then allow people with a vaccine or negative test to move freely between countries and within countries.

How can data be used by governments to prepare their exit strategies?

A lot of testing happens without data being gathered at all. Data should be collected centrally and should feed into a health passport, and ideally into the vaccination programme as well. A digital health passport should then enable individuals to access different settings - the workplace, sporting events, cultural events and so on. It is difficult for the government to put in place the right strategy without knowing where testing is happening, in which kind of setting, what the outcomes are, and where the actual hot spots are.

The Liverpool pilot for example made really good progress in carrying out mass testing through rapid tests. That should be replicated across the country. Slovakia is also setting an example for how to conduct mass testing and enable people to get moving again. Their country-wide testing programme meant that those who haven’t got the virus receive a paper certificate which allows them to move freely. We are advocating for something more sophisticated than a paper certificate, like a mobile app and overall a health passport. The really critical aspect is to capture all of the data, stored centrally, giving the government the ability to know the results of each different test, and to enable individuals to display the outcome of their test in order to prove that they are able to go to work or access different settings.

The really critical aspect is to capture all of the data, stored centrally, giving the government the ability to know the results of each different test, and to enable individuals to display the outcome of their test.

We are sometimes in danger of striving for the perfect test, yet we should not let the best become the enemy of good enough. There are readily available tests that may not be as accurate as lab-based tests but could ultimately, if deployed sooner rather than later, save many more lives than waiting for a perfect test that might never arrive.

There was a lot of talk about contact tracing apps during the first lockdown. How efficient has the UK app been?

First of all, the UK government made a decision in the early stages of Covid-19 to stop testing in the community. It is still unclear why that decision was made, but we do know it was not a good one. Testing instead was focused solely on hospitals, thereby missing the number of early asymptomatic cases which make up a very large number of Covid-19 transmitters. As a result, the testing system was overwhelmed. The only way we could address this was through a lockdown, which eventually came in quite late (France had imposed one in April and May). By the time of the lockdown the number of cases was already quite high, and then people kept going out once the lockdown was lifted.

In the UK, only around 30% of people comply with isolating for two weeks.

The NHS Test & Trace app was set up without many of the tools needed for it to work. The app was a fledgling new service where people were being trained on the spot. The lack of political leadership at the top and the absence of clear objectives made the app non-functional.

Second, the principle of not letting the best be the enemy of good enough was not applied. When excellent apps started to pop up in Asia and elsewhere, the UK government, like other European countries, were offered a ready to go infrastructure from Google and Apple. But instead of taking this opportunity, the UK decided to try to develop a better app on its own, on which it wasted three to four months. Moreover, the app turned out to be largely incompatible with the technology of phones developed by Apple and Google. The initial options offered to the UK may not have been perfect, but they would have been good enough, and more importantly, they would have been timely.

Finally, the actual compliance with isolation measures ended up being really low. In the UK, only around 30% of people comply with isolating for two weeks. In Slovakia, they came up with a very efficient mixture of incentives and disincentives for their population to take part in their mass testing regime. The UK failed to get it right with their test and trace system. Among all the reasons that explain why we did not have an effective regime, compliance and support from people that actually have to isolate was the final straw that broke the camel's back.

Lockdowns are a crude measure that should always be a last resort. Critically, they should only be used to buy time to achieve certain policy aims. In the UK, recently, this should have included fixing test and trace, rolling out more rapid tests, bringing onstream all viable vaccines and working towards a health passport. The Government here has been consistently behind the curve since the outbreak of the virus but, hopefully, with light now at the end of the tunnel, it can put all these measures in place to allow us to live safely, and freely, alongside the virus.

See also
Healthcare | Coronavirus
Round Two of Covid-19: Keeping the Dutch Happy or Safe?
Three questions to Louise van Schaik
INTERVIEW | 1 December 2020 | Louise van Schaik
After having gone down the "herd immunity" and "intelligent lockdown" route in the spring, the Netherlands’ strategy to fight the virus and flatten out the second curve seemed to compromise its core values of individual liberties. Tighter lockdown, curfews, the shutdown of bars and...
Next
Healthcare | Coronavirus
Covid-19’s Racial Divide: Why Access to Ethnic Data Matters
BLOG | 26 November 2020 | Anne Bouverot | Tanya Perelmuter
On April 10 2020, Ontario health officials said that collecting race-based coronavirus data was not needed since "regardless of race, ethnic or other backgrounds they’re all important to us". Although alarming statistics about the high level of contamination and deaths amongst African Americans...
Next
SIGN UP FOR OUR NEWSLETTER
for a handpicked selection of analyses each week Yes please
Dossier |
Next
Publication -
Next
Healthcare | Coronavirus
...
Next
Séminaire réservé exclusivement
à nos entreprises adhérentes
Restricted to
member companies
Next