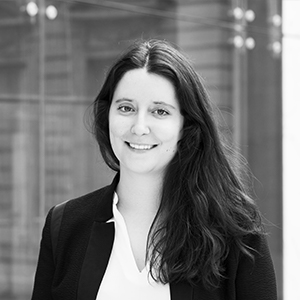 "Never forget that it only takes a political, economic or religious crisis for women’s rights to be called into question. These rights can never be taken for granted. You must remain vigilant throughout your life." This quote from French writer Simone de Beauvoir resonates strongly today. According to an April 2020 UN report, the Covid-19 crisis is particularly impacting women, first and foremost through the increase in gender-based violence, with many women being constrained to stay at home with their abusers in countries experiencing lockdowns. The increase in unpaid care work, due to the shutdown of schools and heightened care needs of elders, also largely rests on women. And the economic impacts of the crisis are especially felt by women, who generally earn less than men and hold more insecure jobs: overall, women's employment is 19% more at risk than men's.

A Long Way to Go

France is no exception. During the first lockdown, there was a 36% increase in reports and interventions recorded by law enforcement related to domestic violence. Mothers were twice as likely as fathers to give up work to care for their children, according to a report by the French National Institute for Statistics and Economic Studies. When it comes to work-related inequality, the crisis only exacerbated an already fragile situation for women in France: out of 5 million part-time jobs, 3.8 million (or 76%) are held by women; 29.3% of women work part-time, compared to 8.4% of men. This unequal distribution between women and men in the labor market has a lasting effect on wage inequalities: men earn 28.5% more than women, and the wage gap is 9%, for the same position and equal skills.The recently unveiled World Economic Forum Global Gender Gap Report 2021 ranks France 16th in the world overall, and 10th out of 22 Western European and North American countries. This lukewarm result is partly explained by France’s poor score in terms of Economic participation and Opportunity - for which it is ranked 58th globally -, which is one of the four key dimensions studied (along with Educational attainment, Health and Survival, and Political empowerment). The report shows the persistence of a glass ceiling, as demonstrated by the limited presence of women in senior roles, even in some of the most advanced economies.

In France, women only hold 34.6% of senior and managerial positions.

Thus in France, women only hold 34.6% of senior and managerial positions, which is less than in the United States (42%) or the United Kingdom (36.8%), but still higher than Germany (29%). This is all the more surprising that France - along with 25 other countries - ranks first in terms of Educational attainment for women, when the US ranks 36th, the UK 40th and Germany 55th.

Quotas or No Quotas? That is the Question

In a policy paper (Agir pour la parité, performance à la clé) published in 2019, Institut Montaigne demonstrated that beyond the equality issue, gender diversity - in other words, the presence of women at all levels of an organization - is also a performance issue and a growth lever. In France, a number of measures have been implemented in the last few years in this regard.

For example, in 2018, Marlène Schiappa, then Secretary of State for Gender Equality, and Muriel Pénicaud, then Minister of Labour, unveiled a gender equality index, with the aim of eliminating professional inequality in three years. Every year, companies are thus asked to publish a score out of 100, based on five main criteria: the wage gap (40 points), the percentage of men and women who received a raise during the year (20 points), the percentage of men and women who received a promotion (15 points), the raise after a maternity leave (15 points), and the number of women among the ten highest paid employees (10 points). In 2020, the obligation to publish their professional equality score by March 1 was met by 70% of companies with more than 50 employees, compared to 59% in 2019. Average scores have increased since last year: 87 for companies with more than 1,000 employees (83 in 2019), 85 for companies with 250 to 1,000 employees (82 in 2019), and 83 for companies with 50 to 250 employees. With an overall score of 85 out of 100, the index is ten points above the minimum requirement. However, only 2% of companies scored 100 - 98% thus have room for improvement.

France recently celebrated the 10 year anniversary of the flagship Copé-Zimmermann law, setting quotas for the gender balance of company boards, with the aim of reaching a minimum representation of 40% for each gender. Although some companies, in the digital sector for example, still struggle to respect the law, the overall results a decade later are decisive: France is in the lead worldwide in the percentage of women in boards (43%), far ahead of the UK (36%) and Sweden (35%). Today, this law is largely celebrated in France, but it was far from being the case ten years ago, in a country where affirmative action is a source of intense debates.

This cultural trait is however evolving. An increasing number of actors are calling for further measures towards professional equality. Equal representation in company boards is an important step, but it is not sufficient if we want to achieve actual power-sharing. Overall, the CAC 40 and the SBF 120 have only 22% women on their executive committees (comex) or management committees (codir), with CEOs remaining mainly men. Minister Delegate for Gender Equality, Diversity and Equal Opportunities Elisabeth Moreno recently called the CAC 40 a "guys club".

Indeed, out of France’s 40 largest companies, only one is led by a woman: Engie, whose CEO is Catherine MacGregor. To remedy this situation, as we did as early as July 2019 in our policy paper, some are now calling for an extension of the Copé-Zimmermann law to management bodies, through the establishment of quotas in executive and management committees.

The objective is to fight against gender bias in professional choices.

First and foremost there is Bruno Le Maire, the right-wing Minister of the Economy, Finance and Recovery, who warns against not seeing the forest for the trees: "now we have to be able to move up a gear and therefore enter into a more ambitious logic that goes through quotas" he declared during an address to the Parliament. While France is still undecided on this issue, Germany, where the situation is even more critical, introduced a new law in early January to help boost the number of female executives in top jobs. Things could however move rapidly in France as well. On March 8, Marie-Pierre Rixain, MEP from the majority party La République en Marche, who presides over the Delegation for women's rights and equal opportunities between men and women of the National Assembly, proposed a new bill, with Christophe Castaner, head of the majority group, aimed at strengthening and accelerating economic and professional equality. The objective is to fight against gender bias in professional choices and to increase the number of women in the management of companies with more than 1,000 employees by 2030, in particular by introducing quotas in the executive committee. The plan is to have 30% of women in the top 10% of management positions within five years, and 40% within eight years. This bill should be examined in May.

Beyond this important issue of representation in management and supervisory positions, on which France seems to be well on its way to breaking the glass ceiling that still exists today, a number of other issues need to be addressed. For example, the second shutdown of schools due to the pandemic, announced by President Macron on March 31, raises once again the question of childcare and its unequal distribution between men and women, even when both parents are working. Another related issue is that of maternity leave: the birth of a child is still too great a hindrance to women's careers, and the burden is not equally distributed between the two parents.

Finally, in order to achieve a real transformation of society, it is necessary to fight against gender stereotypes at school. To do so, in our 2019 policy paper Agir pour la parité, performance à la clé, we called for encouraging research on cognitive biases to develop tools in schools and universities. Some very concrete actions that open up the field of possibilities can also be taken, such as computer code classes starting in primary school, gender-neutral playgrounds, (mixed) group work, etc., and thus contribute to creating a balanced pool of talent in all fields of study.

See also
Employment / Business
Covid-19: Gender Inequalities in the Labour Market
Three questions to Monika Queisser
INTERVIEW | 17 June 2020 | Monika Queisser
Different sectors of the labor market are experiencing varying degrees of impact in the Covid-19 economic crisis. Some of these differences can be observed along gender lines, with women occupying major parts of the tourism and service industry. What is the extent of the gender gap in this crisis?...
Next
Employment / Business
The French Brief - Reinforcing the Principles of the Republic: A French Paradox?
Three questions to Hakim El Karoui
INTERVIEW | 10 March 2021 | Hakim El Karoui
2 October 2020, Les Mureaux, north-west of Paris, President Emmanuel Macron gave a speech on the fight against separatism: the French Republic (is) in action. In his words, France has "created neighborhoods where the promise of the Republic has no longer been kept". To answer such shortcoming,...
Next
SIGN UP FOR OUR NEWSLETTER
for a handpicked selection of analyses each week Yes please
Dossier |
Next
Publication -
Next
...
Next
Séminaire réservé exclusivement
à nos entreprises adhérentes
Restricted to
member companies
Next