The French Brief - Reinventing Retirement in the Midst of a Pandemic 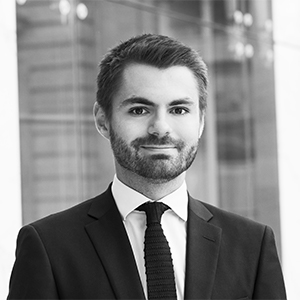 The ongoing global pandemic has had a colossal impact on France’s macroeconomic stability. Almost no one was spared by the severe economic recession or the consequences of the government-imposed lockdowns - although economic measures such as partial unemployment (chômage partiel) were put in place to cushion the impact.

The effect on France’s pension system has been complex and profound. On the one hand, the current pension system is based on a "repartition model", meaning that it’s the professionally active part of the population that contributes to the financing of the pensions. That allowed for the retired population to be relatively spared by the economic turmoil. But on the other hand, the slowdown of France’s economic activity, during its two lockdowns - understandable and justified by the need to contain the health crisis - worsened the already fragile economy and pension system.

How can we explain this phenomenon?

Before understanding the impact of the current economic downturn on the retired population, let’s observe the complex situation on which the French retirement plan currently stands. Mounting to 14% of annual GDP, the retirement system represents an immense symbolic and social taboo that is rarely discussed (because of its political sensitivity): every attempt to reform pensions has so far led to massive social movements. France has amongst the lowest retirement ages in OECD countries, with 62.7 versus 65 year old on average. On the other hand, it also has one of the highest replacement ratios, which is the percentage of the pre-retirement salary that will be needed to sustain workers through retirement. It is 60% in France, versus 50% in most OECD countries. This heavy weight on France’s frail economic stability has intensified due to the impoverishment of its active population since the start of the pandemic. It is important to note that even before the 2020 crisis, the economic gap between the active population and retirees was already a cause for concern: the poverty rate among the youth was two times bigger than among retired. Over the last months, this intergenerational equity gap has only continued to widen.

France has amongst the lowest retirement ages in OECD countries, with 62.7 versus 65 year old on average.

In the current retirement system, once workers have reached 166 trimesters (41 years and 6 months), they can legally claim the entirety of their pension at 62. Alternatively, they can  acquire a higher pension by continuing to work until the full-rate retirement age, which is currently set at 67. Additionally, an early retirement is possible for individuals with a disability, a long career - for workers starting their professional life at 16 or before - or a history of arduous work.

These specific conditions add to the complexity of a system that is already not entirely sustainable.

That all being said, if there is one segment of French society that has been affected the least during his crisis, it is the retired population. A simple factor can explain this observation: their non-indexed pensions are not dependent on the current economic situation, sparing retirees from a drop in their purchasing power. The opposite is true for the active population, whose income level was directly affected by the crisis, due to lower revenues and higher unemployment.

With lower contributions from the active population and the overall gradual aging of the French society (thus, more and more pensions to fund), there is no doubt that the financial perspectives of the system are gloomy. As a matter of fact, the pension system deficit, originally expected to reach 27 billion euros by 2030 (described in the Retirement Guidance Council [COR] report of November 2019 as the worst-case scenario, but which is the one that Institut Montaigne actually anticipates) should actually reach 30 billion at the end of the decade. Moreover, the COR report sets the pension system deficit at 25 billion euros as early as 2020.

How can we prevent the system from crumbling ?

Firstly, it is fundamental to instill a sense of solidarity among the different generations and to develop a social and political narrative built on unity and humanity. To change the narrative around the retirement system, which has been a major topic of debate since the election of President Emmanuel Macron in 2017, the government needs to carry out a significant process of reform.

Such a reform will not be conceivable if it is not understood and approved by the whole population. The executive power had already started the work towards this reform before the crisis, and was expected to pass it in early 2020. However, with the plot twist of the pandemic, the process was brought to a halt, delaying the renewal of a system which is now most definitely obsolete.

To change the narrative around the retirement system, the government needs to carry out a significant process of reform.

In the policy paper Réformer les retraites en temps de crise, published in October 2020, Institut Montaigne put forward the importance of reforming this fragile pillar of the French economy. At a time where public finances are more than ever under strain, pensions cannot be left aside. The paper thus puts forth a series of guidelines that should be followed in order to successfully complete this reform, all while taking into account the post-Covid-19 context.

For the past few years, Institut Montaigne has highlighted the necessity of a parametric reform (modifying the parameters of the system, such as the retirement age) as a prerequisite to a more structural change (as per Emmanuel Macron’s promise during the presidential campaign). This would be based on four keys elements:

These recommendations could provide crucial pointers for an upcoming pension reform. This complex puzzle has to be tackled urgently so that the future generations can calmly enter the workforce, knowing that their economic system will help them past retirement.

See also
The French Brief
Dossier | November 2020
Next
State Reform
The French Brief - France in the Era of Unemployment
BLOG | 28 September 2020 | Franck Morel
The crisis has thrown France into a serious period of unemployment. Short-work and partial unemployment have allowed the country to stay afloat, but the numbers remain alarmingly high and new solutions need to be found. Is this the moment when France reinvents its labour market? Franck Morel, our...
Next
SIGN UP FOR OUR NEWSLETTER
for a handpicked selection of analyses each week Yes please
Newsletter
Our latest analyses in your inbox each week
Yes please
Follow us