Emitters in the Spotlight - Russia: The Paris Agreement’s "Good Pupil"? 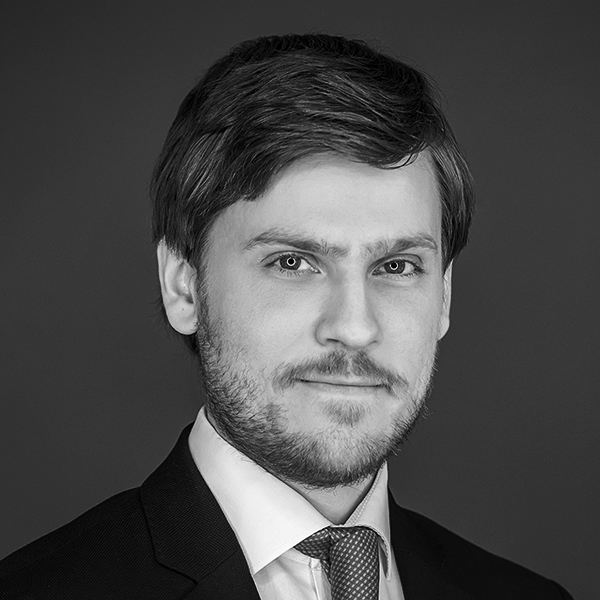 So far, the first chapters of this series have covered two out of the world’s top five emitters: USA and Japan. Contrary to these two, Russia has already met its target in line with the Paris Agreement. How could this be possible for the world’s 4th biggest emitter, who contributes to 4.7% of all global CO₂ emissions? Does the reason lie within the country’s post-Soviet economic development? Or could it be that Russia set itself an easy target?

Viktor Katona, Oil Supply Specialist at MOL Group and expert at Russian International Affairs Council, explains this peculiar situation, and the significance of the base-year chosen as the starting point for target-setting. In the case of Russia, the year 1990 changes everything. Does this mean that the work is done?

Russia’s ratification of the Paris Agreement took place 3 years after Moscow nominally signed the final wording of its COP21 commitments, following prolonged internal deliberation. Its target as part of the Paris Agreement is to reduce greenhouse gas emissions by 25-30%, compared to 1990 levels (peak year for emissions), by 2030 – an objective it has already fulfilled around 1996-1997 and has not breached since.

As of today, carbon sequestration continues to play a major role in Russia’s COP21 commitments, as its emissions objective is contingent on the attainment of “maximum absorption capacity of forests”. Were carbon absorption by Russia’s vast forests not to be taken into account (some 600 million tons per year), its CO₂ emissions would be around 2.2 billion tons per year. Due to carbon sequestration, Russia’s current emission level stands at 1.55 billion tons per year. This is 32% lower than the 1990 base level, meaning that, technically, Russia’s commitments to the Paris Agreement require no immediate action. Russia’s industrial output has dropped significantly following the collapse of the Soviet Union and has not recovered since in terms of volumetric output (1988 witnessed the highest emissions level in Russia, i.e. 2.3 billion tons).

Even if there remained some probability for Russian carbon dioxide emissions to increase in the 2020s, the economic recession due to Covid-19 (and the concurrent oil price crunch) has cut that process short. All in all, if Russia really wanted to set itself a challenging objective that would necessitate immediate and resolute action, it would have set 2000 as the benchmark year. By that time its economy had already finished its downward slide, and the CO₂ emission levels in 2000 were 5% lower than in 2019.

Leave climate to the government

Given its peculiarly centralized way of decision-making, Russia’s COP21 commitments were taken without really consulting the civil society – discussing objectives that are fulfilled even before they are officially adopted would seem superfluous.

Given substantial advances in energy intensity throughout the 2010s and prospects of meagre economic growth amid US sanctions, chances that Russia’s firms would ramp up emissions are really slim. Business’ major interest in COP21 would now revolve around emissions’ trading – according to Russian analysts, potential profits from quota trading amount to €1.5-2 billion.

As was explained above, Russia has technically already fulfilled the COP21 commitments it set for itself and only needs to maintain the status quo until 2030 – a seemingly easy feat against the background of a -7% year-on-year recession in 2020 and no structural premise to replicate the successes of 2000s in the upcoming decade, unless the government commits to serious liberalizing reforms.

Nonetheless, Russia’s academic circles have been suggesting that the Russian government could boost its budget revenues were it to introduce a carbon tax, either on a national level or within the Eurasian Economic Union. Yet this would primarily punish State-owned oil and gas producers, with a corollary development of running coal producers into the ground, so such measures can be (and are) easily lobbied down.

Given the Covid-induced recession on the hydrocarbon markets, even the discussion of such measures will be postponed to the mid-2020s, if not later. This is poignantly illustrated in Russia’s Energy safety doctrine, issued in May 2019, which states that the global development of renewables is a surmountable challenge for Russia’s energy sector. Therefore, discussions about Russian companies potentially spearheading the renewables drive are void and marginalized.

See also
Energy / Sustainable development
Emitters in the Spotlight - the United States and the Paris (Dis)Agreement
ARTICLES | 24 August 2020 | Samantha Gross
In large part due to the Covid-19 outbreak at the end of 2019, global energy demand significantly decreased in the first semester of 2020, as countries went into lockdowns and shut down most of their economic activities. This has had a positive impact on global greenhouse gas emissions, especially...
Next
Energy / Sustainable development
Emitters in the Spotlight - Japan: Innovation First, Climate Next
ARTICLES | 25 August 2020 | Yasuko Kameyama
If we can turn our lifestyles around in order to stop the spread of a pandemic, can we also slow down our CO2 emissions? What do the world’s largest emitters, and oftentimes, largest economies, have to say about that? Even better, what should they be doing? After zooming in on the United...
Next
Energy / Sustainable development
Emitters in the Spotlight - India: Great Capacities, Lesser Actions?
ARTICLES | 27 August 2020 | Christophe Jaffrelot | Hemal Thakker
The world’s 5th economy, India, is also the third biggest emitter of CO2. Its vast territory and solar capacity makes it a formidable place for the development of new technologies to reduce the country’s carbon emissions. Yet, the challenge is big due to the numerous political and economic...
Next
Energy / Sustainable development
Emitters in the Spotlight - China, the Big Consumer
ARTICLES | 28 August 2020 | Karl Hallding
Being in the top-5 of the world’s biggest emitters bears with it an immense responsibility, but also significant, and crucial, potential for development. In this series, we have looked at the efforts, challenges and perspectives of our top emitters. What is clear in each case is how many actors...
Next
SIGN UP FOR OUR NEWSLETTER
for a handpicked selection of analyses each week Yes please
Dossier |
Next
Publication -
Next
...
Next
Séminaire réservé exclusivement
à nos entreprises adhérentes
Restricted to
member companies
Next