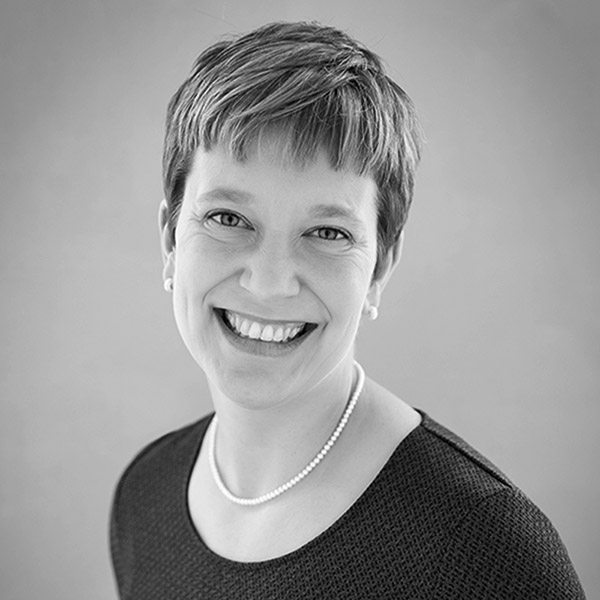 Director of the Energy Security and Climate Initiative, Brookings Institution

In large part due to the Covid-19 outbreak at the end of 2019, global energy demand significantly decreased in the first semester of 2020, as countries went into lockdowns and shut down most of their economic activities. This has had a positive impact on global greenhouse gas emissions, especially carbon dioxide (CO2): according to the International Energy Agency, CO2 levels were over 5% lower in the first quarter of 2020 than in the first quarter of 2019.

Does that mean that we are on the sure path to a green future? That might be a hasty judgement to make. An economic rebound is already underway, and lockdowns alone, even for several months, cannot offset years' worth of CO2 in the atmosphere. Structural and long-term measures have to be implemented so as to meet the Paris Agreement’s objectives. In that regard, much is expected from the world’s top 5 emitters: China, the United States, India, Russia and Japan.

For all these reasons, Clémence Alméras, Policy Officer for Sustainable Development at Institut Montaigne, has interviewed five experts on each of the world’s biggest emitters, for this 5-part series. We begin with the United States, the world’s largest economy, and second biggest emitter, responsible for almost 15% of all global CO2 emissions. Samantha Gross, a Fellow and Director of the Energy Security and Climate Initiative at Brookings Institution, explains the effect that Trump’s presidency has had on US climate policy.

A Hot and Cold Relationship with the Paris Agreement

The United States, under the leadership of President Obama, was deeply involved in the process of creating the Paris Agreement. The "bring your own goals" structure of the agreement was designed to make it palatable to all the world’s nations. However, the US stance toward the Paris Agreement changed drastically under the Trump administration. In June 2017, not long after he was inaugurated, he announced his intention to withdraw from the agreement. President Trump has made his objections to the agreement clear: to him, it is unfair to the United States and its businesses. He also believes that the previous administration promised too much compared to other nations, particularly China.

However, and quite ironically, the United States cannot formally withdraw from the agreement until November 4, the day after the 2020 election. Therefore, whether the United States will remain in the Paris Agreement depends on the outcome of the presidential election. If Joe Biden is elected and becomes president in January 2021, he will rejoin the agreement. But if Donald Trump wins, today’s policy of antagonism toward the agreement will continue.

Indeed, the Trump administration is currently trying to remove many climate regulations that the Obama administration enacted. For the last six years of his administration, President Obama had a Republican-majority Congress that was unwilling to pass legislation to reduce US carbon emissions. Therefore, he was limited in his ability to reduce the country’s externalities. Instead, he focused on two pathways that were available to him:

Ironically, the United States cannot formally withdraw from the agreement until November 4, the day after the 2020 election.

Today, President Trump is trying to change those regulations, but must follow specific procedures to do so, including justifying the change and getting public comment. In its hurry to remove or change regulations, the Trump administration has at times cut corners and is frequently challenged in court. Nonetheless, the Trump administration has successfully removed one of the previous administration’s most important climate policies, the Clean Power Plan, and replaced it with a much weaker policy.

Action beyond the Federal Government

Some states, cities, and environmental groups have sued the federal government because they do not believe that Trump administration policies are sufficiently protective of the environment or of climate. Indeed, some states (such as California, New Jersey and New York) have gone much further than the Federal government in implementing policies that aim to achieve deep reductions in emissions by mid-century. States with these policies are among the most populous, with the largest economies, meaning that these state-level policies can make a real difference in overall US emissions.

However, not everything is under the states’ jurisdiction. Transportation is a contentious sector, especially when it comes to vehicle fuel efficiency standards. For example, since the 1970s, California has had the ability to enact its own standards, so long as they are as strict or stricter than Federal standards. Under the Obama administration, California and the Federal government agreed to ambitious and harmonized vehicle efficiency standards for the entire nation. The current administration is trying to roll back those ambitious standards and revoke California’s ability to set its own standards; a coalition of states and cities is currently fighting the change in court.

In the private sector, more and more companies are announcing strong measures to reduce their emissions, in part out of concern for their public image. Though the urgency seems less than in Europe, the movement is similar. However, this concern about image takes place primarily in large companies with a public face, including technology companies or utilities. There is less public pressure for companies that are not consumer-facing, although some of them adopt climate goals anyway out of a sense of responsibility or a desire to be prepared for a changing future.

An unclear future lies ahead

Climate change is a polarizing issue in the United States. Democrats and young people are more concerned about the issue. Activist movements on the left are pushing to scale back or even eliminate American fossil fuel production to reduce US greenhouse gas emissions. The Republican party sees this stand as harmful to the American economy. Joe Biden, the Democratic nominee for president, is taking a middle stance: pushing for cleaner US fossil fuel production along with help for regions and workers that will suffer as those fuels are phased out over time.

Biden has established a goal of net-zero US greenhouse gas emissions by 2050. If elected, he will also immediately re-join the Paris Agreement and begin enacting regulation to reduce US greenhouse gas emissions. However, his ability to deliver emissions reductions will also depend on Congress. If the election delivers a new Congress that is not Democrat-controlled, it will be very difficult for him to pass any climate legislation. For the United States to take significant steps towards a carbon neutral economy, the Congress must change as well as the presidency.

Some states, cities, and environmental groups have sued the federal government because they do not believe that Trump administration is sufficiently protective of the environment.

See also
Energy / Sustainable development
Emitters in the Spotlight - Japan: Innovation First, Climate Next
ARTICLES | 25 August 2020 | Yasuko Kameyama
If we can turn our lifestyles around in order to stop the spread of a pandemic, can we also slow down our CO2 emissions? What do the world’s largest emitters, and oftentimes, largest economies, have to say about that? Even better, what should they be doing? After zooming in on the United...
Next
Energy / Sustainable development
Emitters in the Spotlight - Russia: The Paris Agreement’s "Good Pupil"?
ARTICLES | 26 August 2020 | Viktor Katona
So far, the first chapters of this series have covered two out of the world’s top five emitters: USA and Japan. Contrary to these two, Russia has already met its target in line with the Paris Agreement. How could this be possible for the world’s 4th biggest emitter, who contributes to 4.7% of...
Next
Energy / Sustainable development
Emitters in the Spotlight - India: Great Capacities, Lesser Actions?
ARTICLES | 27 August 2020 | Christophe Jaffrelot | Hemal Thakker
The world’s 5th economy, India, is also the third biggest emitter of CO2. Its vast territory and solar capacity makes it a formidable place for the development of new technologies to reduce the country’s carbon emissions. Yet, the challenge is big due to the numerous political and economic...
Next
Energy / Sustainable development
Emitters in the Spotlight - China, the Big Consumer
ARTICLES | 28 August 2020 | Karl Hallding
Being in the top-5 of the world’s biggest emitters bears with it an immense responsibility, but also significant, and crucial, potential for development. In this series, we have looked at the efforts, challenges and perspectives of our top emitters. What is clear in each case is how many actors...
Next
SIGN UP FOR OUR NEWSLETTER
for a handpicked selection of analyses each week Yes please
Dossier |
Next
Publication -
Next
...
Next
Séminaire réservé exclusivement
à nos entreprises adhérentes
Restricted to
member companies
Next