Coronavirus and Africa - in South Africa, a Fast and Decisive Response 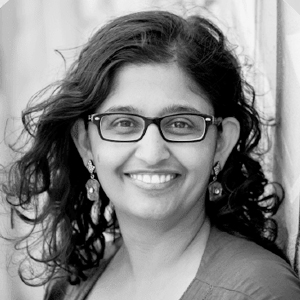 With over 1.400 confirmed cases, South Africa is the African country most affected by coronavirus. The first citizen infected with the virus was reported on 5 March, almost three months after the outbreak in China, and the first deaths occurred on 27 March in hospitals in the southern province of Western Cape. The day before, the country went into lockdown as announced by President Ramaphosa on 23 March. Restrictions are among the most extreme globally: South Africans are only allowed to leave their homes for essential goods and services (excluding cigarettes, alcohol and outdoor exercise). How can the situation evolve in the coming weeks? What measures are imposed by the government? Is the country's health system able to cope with the crisis? What are the economic consequences? Dr Shivani Ranchod, Lead Researcher for the National Health Insurance research programme of the Inclusive Society Institute, answers our questions.

What is the current health situation in South Africa? How could it evolve in the coming weeks?

What is the strategy adopted by the country to fight the epidemic?

As of March 27th, we are in a national lockdown. This is necessary given the vulnerability of the South African population in terms of our existing burden of disease, high levels of poverty and high urban population density.

As of March 27th, we are in a national lockdown, with only essential services running and people confined, for the most part, to their homes. This is necessary given the vulnerability of the South African population in terms of our existing burden of disease, high levels of poverty and high urban population density. High prevalence of HIV, tuberculosis, diabetes and hypertension all put us at elevated risk. The South African government has acted faster and more decisively than most governments around the world – going into lockdown just 9 days after detection of the first locally transmitted case.

Is the health system resilient enough to cope with the epidemic?

By developed world standards, we have relatively low numbers of health workers, ventilators and hospital beds, particularly intensive care unit (ICU) beds per 1.000 people (2.2 beds per 1 000, 0.09 ICU beds per 1 000). Our private health system is better resourced than the public system, hence an obvious strategy is to temporarily pool resources to maximise capacity for the population as a whole. We have been able to roll out testing across both the public and private sectors, with drive-through facilities being launched last week, an increased number of public labs and a move to more rapid testing results. This will allow for a deepening of testing and an improved response. There has also been some loosening of tele-health regulations in the past week which will help to ease constraints on the system.

Flattening the curve is the only option to prevent the South African health system from being overwhelmed.

What will be the economic impact of the coronavirus in South Africa?

The implementation of the lockdown has had the effect of crystallising the economic implications of the pandemic. The economic consequences are dire given that South Africa has limited fiscal space and the economy is already in recession (a 1.4% contraction in the 4th quarter of 2019).

State assistance for small and medium businesses pales in comparison to the potential scale of economic fallout. Related to business strain, we expect to see a dramatic increase in unemployment (off an already high base of unemployment – 38.7% using the expanded definition). The Unemployment Insurance Fund will pay out a benefit to those unemployed due to the lockdown at the level of minimum wage. This caters for 18% of those employed to become unemployed. It is unclear whether this will be sufficient (based on emerging unemployment numbers out of the US). There is also a concern about the operational capacity to enable large-scale processing of benefits as well as the longer-term implications for the sustainability of the Fund. Whilst the Fund does have a surplus, falling investment values, reductions in the number of contributors and a sharp rise in claims will rapidly erode it.

The Fund only reaches those in formal employment. Fortunately, the existing social grant system will go some distance to maintaining a flow of funds to households. Structured support for undocumented workers and the large informal sector are far trickier problems to solve. Those who fall outside of any of the existing social security systems will be hardest to reach.

Short-term implications for employment directly related to the lockdown are the tip of the iceberg – currency weakness, closed borders, global stock market collapses and ripple economic effects will continue to drive employment and household income down over the coming months.

Linked to the economic consequences are a range of social concerns, including the potential impact of school closure on education inequality and the wellbeing of children. For example, 80% of children in South Africa attend a school where food is provided.

What are your recommendations to the decision-making bodies and the South African population?

Regarding the virus, South Africa has acted both early and decisively. We need to move quickly to negotiate with private providers to increase access to care. We also need stronger action on permitting tele-health, both to improve access and to protect our health workers.

Our rapid action has shocked our economy with far-reaching social consequences. The focus of the government in the coming weeks has to be on extending the social security net and alleviating poverty, including for the large number of undocumented workers in the country. Poverty has a mortality rate too.

See also
Regions > Middle East & Africa
India in the Age of Coronavirus: a Global Time Bomb?
Analyses | 24 March 2020 | Christophe Jaffrelot
Recently, the Washington Post wondered whether South Asia and its two billion people, more than one fourth of the world population, would be the next hot spot of the coronavirus outbreak. Over the last few days, this concern has gained pace as India – on which we will focus – is recording the...
Next
Regions > Middle East & Africa
How Covid-19 is Unveiling US Healthcare Weaknesses
Three questions to Eric Schneider by Angèle Malatre-Lansac
INTERVIEW | 27 March 2020 | Angèle Malâtre-Lansac | Eric Schneider
With 81,000 people infected with the coronavirus on March 27 and more than 1,000 deaths, the United States are now the new epicenter of the disease. According to Eric Schneider, senior vice president for policy and research at The Commonwealth Fund, a national philanthropy engaged in independent...
Next
SIGN UP FOR OUR NEWSLETTER
for a handpicked selection of analyses each week Yes please
Series |
Next
Publication -
Next
Moyen-Orient et Afrique
...
Next
Séminaire réservé exclusivement
à nos entreprises adhérentes
Restricted to
member companies
Next