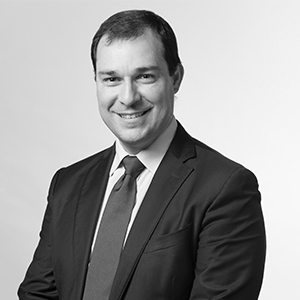 Member of the Executive Board and Partner at Mazars France

Institut Montaigne recently published two policy papers on the development of 5G networks. The first,5G in Europe: Time to Change Gear!, written by Mazars Partners and supervised by Gilles Babinet, Advisor on Digital Issues to Institut Montaigne, outlines the challenges posed by the networks of the future and makes recommendations to accelerate the development of 5G in Europe. Achour Messas, Member of the Executive Board and Partner at Mazars, who co-authored this policy report, answers our questions.

How does Europe position itself in the development of 5G compared to the rest of the world?

The European Union has set ambitious connectivity goals with its common EU broadband targets for 2025. Among other things, it aims to ensure that all urban centers and major roads and railways have uninterrupted 5G coverage by 2025. However, operators are confronted to a lack of regulatory harmonization in Europe, the latter being necessary to allow European actors to fully benefit from synergies within the European Union. Our non-European competitors, particularly China and the United States, benefit from significant domestic markets endowed with very favorable economic conditions, which allow them to massively develop their 5G networks and the industrial ecosystems that depend on the former. It is necessary to launch a proactive European policy aiming to create the conditions for a genuine level playing field in Europe, framed by the implementation of strict competition rules, and guaranteeing symmetry between market conditions in and outside of Europe.

Institut Montaigne’s policy paper promotes the creation of a 5G ecosystem to encourage experimentation. Why is this important?

The creation of a 5G ecosystem is absolutely crucial to enable the rapid development of 5G networks by supporting operators' investments. European players are caught between non-European equipment manufacturers, which have colossal R&D resources thanks to an acquired domestic market, and mainly American cloud infrastructure operators, which are very far ahead. Yet the uses that will change the game in the future are yet to be invented. A race for the global leadership in this new digital economy is currently unfolding. In order to win it, we must provide our innovative companies with a field for experimentation and development with 5G as soon as possible.

What strategy should the government adopt to ensure the development of a strong 5G ecosystem?

In order to foster the development of this strong 5G ecosystem, it is essential that the government encourage the development of networks. In the short term, the government could help through its future allocation of authorizations to use so-called "5G" frequencies. The deployment of previous generations' networks has shown that a policy aiming to maximize short-term revenues, with very high bidding amounts, could slow the development of domestic networks. On the other hand, the recent decision regarding the mobile coverage of territories (the New Deal Mobile) makes unprecedented progress by choosing to promote the rapid development of connectivity throughout the French territory.