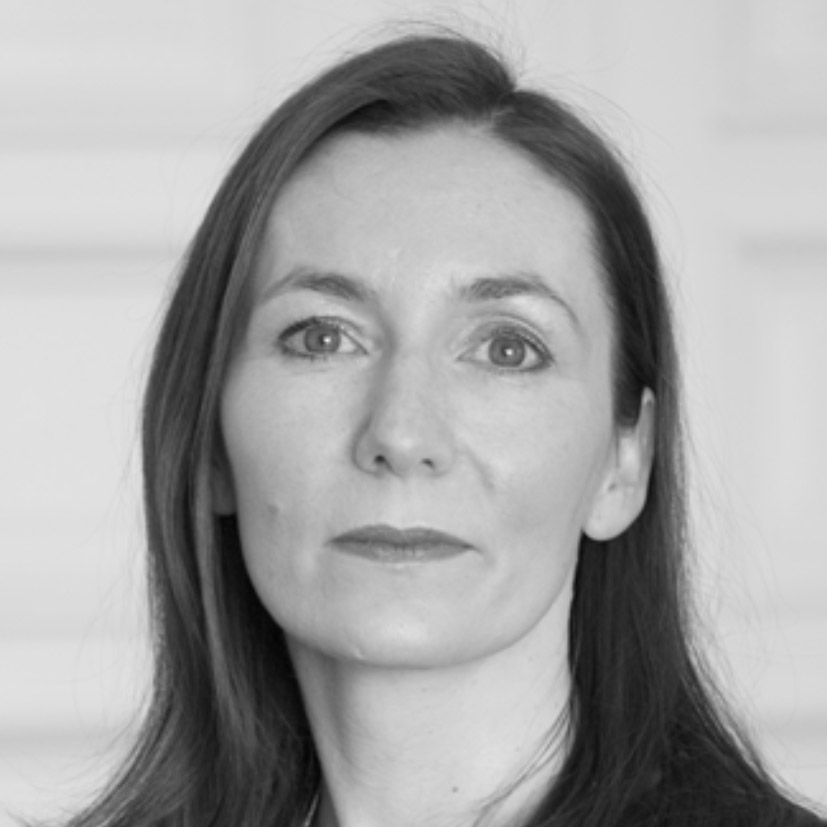 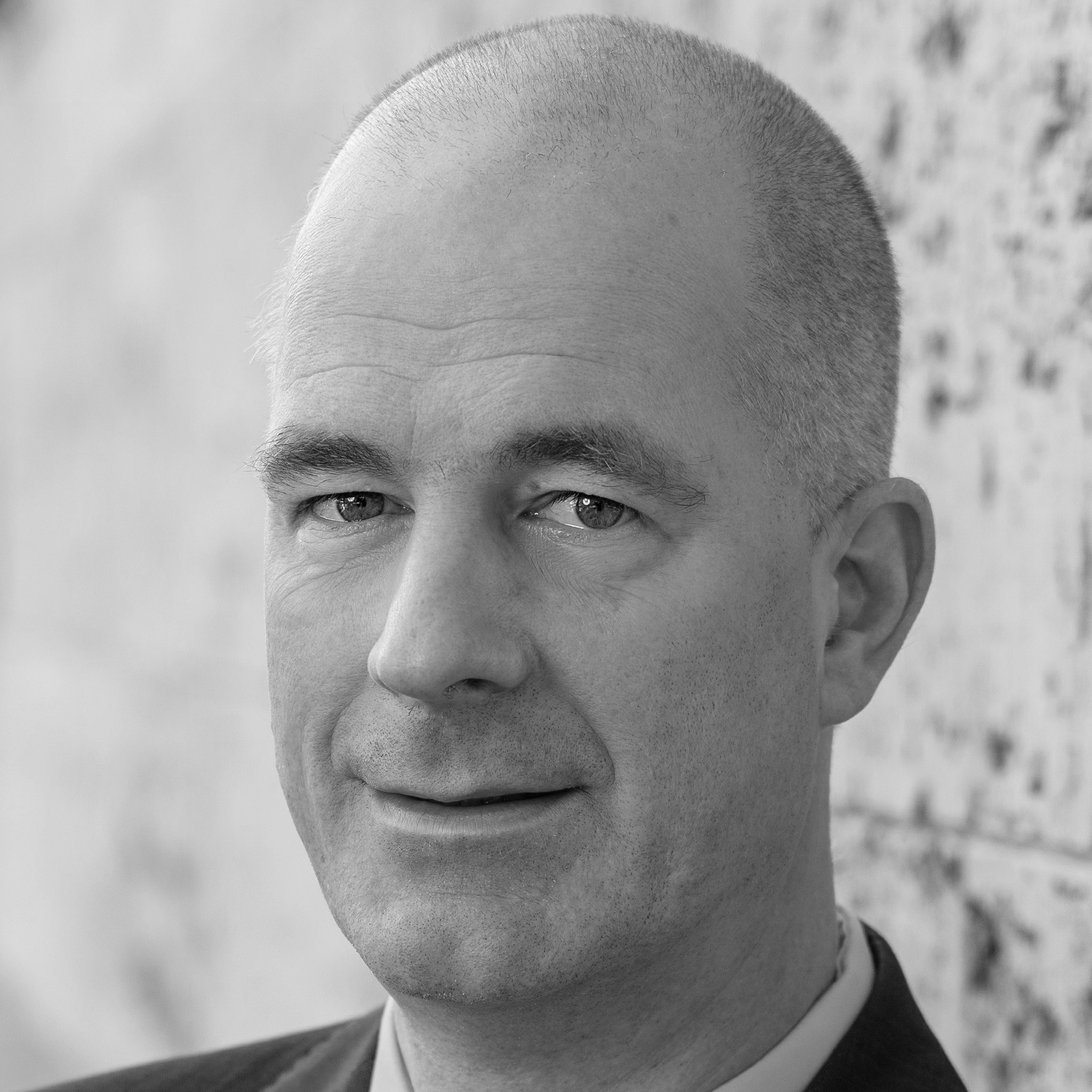 1945 ushered in the nuclear era. Yet, the construction of a European project, with the ambitions to achieve economic integration and strategic cooperation, did not have an agenda on nuclear force and deterrence. French President Emmanuel Macron brought the issue back up in a speech delivered at the Ecole de Guerre in February 2020, during which he called upon European leaders to engage in a strategic dialogue on nuclear issues. This call has remained relatively unanswered, especially in Germany, which is strongly committed to pursuing European security through a NATO framework, and fears France’s proposal could threaten the transatlantic partnership. In this new episode of our Weapons of Mass Debate series, Claudia Major, Head of the International Security Division at the German Institute for International and Security Affairs (SWP), and Christian Mölling, Research Director and Head of the Security and Defense Program at the German Council on Foreign Relations (DGAP), help us understand Germany’s ambivalence towards nuclear weapons.

Germany hosts US nuclear weapons, yet it feels deeply uncomfortable about them. This is mainly due to its traditional normative policy of focusing on arms control and disarmament. As a result, Germany is reluctant to consider nuclear weapons from a strategic and security perspective and is hesitant to lead an honest and informed debate about nuclear deterrence. This leaves Berlin ill-prepared for discussions that go beyond disarmament and that address nuclear weapons as something that is here to stay. That is at least the case for the foreseeable future, be it as a security tool, as a crucial element of Europe’s deterrence and defense architecture, or as a global challenge, such as North Korea.

In the domestic German debate, there is a divide between those who want to exit all nuclear arrangements and a nominally smaller group that wants the arrangements to remain as they are. Most government officials certainly recognize the importance of nuclear deterrence and Germany’s role herein in a NATO context. But there is deep political and societal scepticism. The expert community is split. The majority of the public and most politicians fundamentally reject nuclear weapons, with the role of the US being an additional challenge. In a 2020 survey, a staggering 66% of interviewees believed that Germany should stop relying on nuclear deterrence. Within the current coalition government, the Conservative party supports nuclear deterrence and sharing, while most of the Social Democrats oppose it. Equally critical are the Liberals, the Left and the Greens.

This has turned into a vicious circle: after several years of political ignorance, fear and inertia on nuclear issues, the government now faces extreme pressure to legitimize Germany’s role, especially in nuclear sharing. This is one reason why the current government has been unable to decide on the renewal of its outdated nuclear delivery aircraft, the Tornado. Those who want to take Germany out of nuclear deterrence use this pending decision as an opportunity to generally question nuclear sharing. Yet, what critics describe as a mere technicality (leaving nuclear sharing arrangements for example by no longer providing a dual-capable aircraft), has the potential to crack NATO’s nuclear deterrence and decouple Europe from the US. If Germany exits nuclear sharing, other countries might follow like dominoes, such as the Netherlands, Belgium and Italy.

If they are badly managed, these processes might see Germany sleepwalk out of its nuclear role: not so much out of conviction but because of missed timelines and ill-informed decisions.

Attitudes Towards NATO and the Biden Administration

Over the next year, Europeans will be rethinking their security and defense approaches in the EU (Strategic Compass) and NATO (update of the Strategic Concept). The Biden administration will set the tone, at least for NATO and the nuclear language.

For Germany, the updated Strategic Concept should strengthen NATO, increase its cohesion, and solidify the position of the Alliance for the next decade. It should not become a divisive exercise. Berlin has a stake in the process: in 2019, it suggested launching a reflection process which eventually led to the NATO 2030 report. The report was put together by a group of experts led by former German defense minister, Thomas de Maizière, and former US Assistant Secretary of State for European and Eurasian Affairs, Wess Mitchel. It calls, inter alia, for a new strategic concept. Germany hopes it will anchor NATO’s central role in European and transatlantic defense. While recognizing new aspects (like China, technology and climate change), NATO’s core tasks should focus on Europe and strike the right balance among its core tasks.

With regards to the Biden administration, there seems to be a certain ambivalence in the German government. On the one hand, there are huge expectations that things will be better compared to the Trump years - in NATO, on European interests, arms control, and global responsibility. The extension of New Start was greeted with great relief, as was the renewed commitment to NATO.

On the other hand, there is increasing unease with regards to potential changes in US policy and arms control agreements with Russia. Both, Germany fears, might affect NATO’s political cohesion and its nuclear deterrence as currently organized, including the nuclear sharing arrangements. It hence worries about too little coordination in the run up to decisions and the potential direction of these changes.

If the US were to reduce the role of nuclear weapons in their national security strategy, as the 2021 Interim National Security Strategic Guidance, statements by President Biden and current debates on a "sole purpose" approach seem to imply, the German government fears that there would be negative repercussions on the credibility of NATO’s nuclear deterrence and on its political cohesion. When it comes to new arms control agreements, which Germany wholeheartedly supports, Berlin both wishes and fears that they may include sub-strategic nuclear weapons. While this would hopefully limit the Russian weapons that threaten NATO territory, an agreement might also include a return to a national territory clause for US weapons currently stored in Europe for NATO’s deterrence.

Berlin fears that both potential developments would require an adjustment of NATO’s nuclear policy and of its nuclear sharing arrangements. The result would potentially mean less stability, less security, less cohesion in NATO, and controversial debates in Germany.

In general, there is little understanding of French defense policy, and even less so of French nuclear policy in particular. Both are usually analyzed via a NATO prism, with NATO and the US as reference points. Consequently, Germany perceives French nuclear policy as a challenge, and as potentially conflicting, if not incompatible, with nuclear deterrence and nuclear policies in NATO. France’s absence from NATO’s Nuclear Planning Group, where all allies except France review and set the Alliance's nuclear policy, seems to support this perception. Paris is often considered a challenging ally in NATO, who deliberately takes a different stance than other allies (hinting at the decision to leave the Integrated Military Structures 1966-2009) and insists upon its independent power status (like the UNSC seat).

This also explains that President Macron’s 2020 speech at the Ecole de Guerre was seen critically, mainly because his proposals were analyzed in reference to what they would mean for NATO. Curiously, the arms control sections of the speech got little attention in Germany.

The German government reacted late to the speech, although Paris had made an effort to coordinate in advance and although it contained topics dear to Germany, such as arms control. The foreign and the defense ministers half-heartedly welcomed the proposed dialogue, feeling torn between the Franco-German friendship and NATO. Nuclear issues remain toxic in Germany and Berlin worried that any too welcoming reaction would undermine NATO (which, back then, was under serious pressure from President Trump). Additionally, Berlin was concerned that other Europeans could misread a Franco-German agreement as a bilateral axis against the rest of Europe, and particularly NATO.

Germany perceives French nuclear policy as a challenge, and as potentially conflicting, if not incompatible, with nuclear deterrence and nuclear policies in NATO.

The government feared that such an offer could undermine NATO’s nuclear deterrence. NATO, with the US extended deterrence, is considered Germany and Europe’s life insurance. Berlin is hence very reluctant to any possible deviation from the status quo. In the current debate about a potential change of US declaratory policy, the French offer might return. Yet, even if it would be framed by Paris as an additional safeguard, Berlin might fear it could serve as an exit option for the US.

Officially, Berlin accepted the offer for a strategic dialogue and insisted on it being embedded in NATO. However, there is little interest in dialogue in Berlin if it means getting slathered in French strategic culture. Yet, there certainly is space for openness if such a dialogue provides the framework to discuss the role of France and its deterrence in crises and potential conflicts, i.e. those related to Russia's activities, and to explore potential developments for the French role in Europe.

For Germany, such reflections are in the best case complementary, if not subordinated to NATO, but certainly not a substitute for it. Accepting the dialogue should not confer the impression of undermining NATO or questioning the central role of the US.

The initiatives France announced in 2020 with the framework of the strategic dialogue, such as visits to Ile Longue (subsequently cancelled due to the pandemic), seemed like a good start. To be successful, such activities should avoid any impression of being directed against NATO and the US. They should include all allies, in particular the Central and Eastern European ones, and aim to be a real dialogue rather than a French lecture. This would include developing activities jointly rather than imposing an agenda. Activities could address both political-strategic topics and the practical-operational dimension, and take place in governments and expert formats, with the latter being able to serve as a transmission belt into the broader public.

The Role of the UK

There was a certain surprise about the UK’s decision to increase the cap for nuclear warheads, as announced in the March 2021 Integrated Review. The timing seemed like a deliberate act of power projection, just a few weeks after the Nuclear Ban Treaty entered into force and only months ahead of the NPT review conference. Berlin sees it mainly as an expression of the overall more assertive and sovereign stance of the post-Brexit UK foreign policy.

The UK decision is not perceived as a change of nuclear policy. It seems to reflect the deteriorating security environment, especially with regards to Russia. Yet, there was a certain irritation in Germany about the fact that London prides itself on being the closest ally of the US, yet takes a decision that opposes US policy, which aims explicitly to reduce the role of nuclear weapons.

See also
Topics > Security
Weapons of Mass Debate - Polish Deterrence with Russia in the Line of Sight
Analyses | 6 July 2021 | Łukasz Kulesa
Emmanuel Macron brought the issue of European nuclear deterrence to the forefront, with his February 2020 speech. Though hardly any clear commitments were made, his proposal resonated with Poland as an opportunity to reassess the country’s position and nuclear strategy within the European and...
Next
Topics > Security
Weapons of Mass Debate - Sweden Between Armed Neutrality and a Nuclear Umbrella
Analyses | 1 July 2021 | Andreas Persbo
During the height of the Cold War, Sweden was one of the several small nations that considered acquiring nuclear weapons. The Scandinavian country, known for its neutrality policy, eventually abandoned the project when the Treaty on the Non-Proliferation of Nuclear Weapons (NPT) was signed in 1968....
Next
SIGN UP FOR OUR NEWSLETTER
for a handpicked selection of analyses each week Yes please
Series |
Next
Publication -
Next
...
Next
Séminaire réservé exclusivement
à nos entreprises adhérentes
Restricted to
member companies
Next