University Challenged - Where Is the UK Headed? 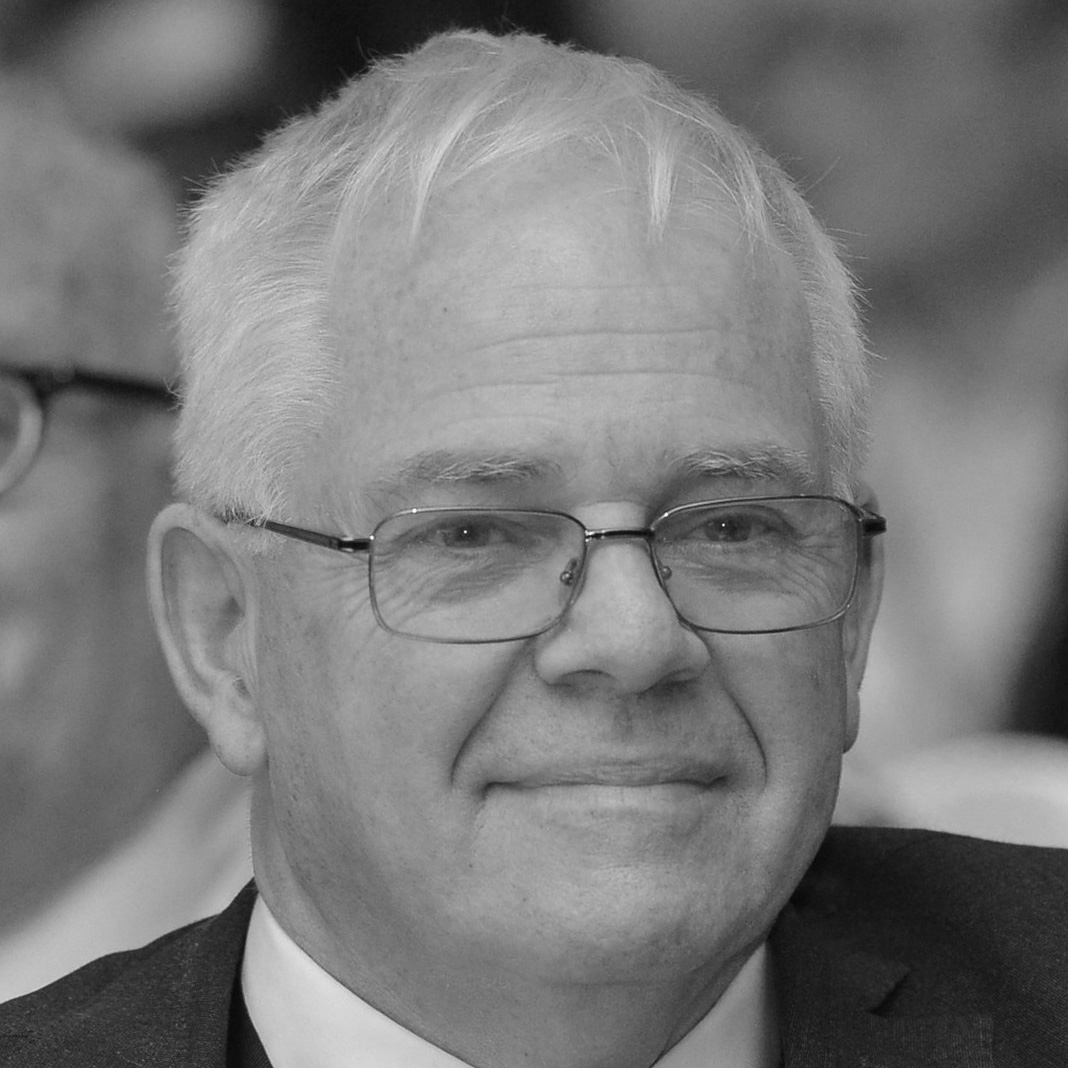 The French higher education and research (HER) system has been facing many challenges for several years: demographic influx, lack of autonomy of institutions, underfunding...The Covid-19 crisis has exacerbated these structural difficulties. But is the French case unique? To answer the question, Institut Montaigne has launched a blogpost series that sheds light on the challenges and opportunities faced by other HER systems worldwide. In this article, Simon Marginson dives into the strengths and weaknesses of UK universities and what we could expect from the future of British higher education.

The essential issues facing higher education in the United Kingdom (UK) are very similar to those summarized succinctly in Institut Montaigne’s report: resources, maximizing inward talent flows and minimizing brain drain, relations with students, their living costs, the institutional structures of the higher education system, governance and autonomy, research resources and performance, and the implications of the pandemic and post-pandemic.

The history of government and higher education in these two neighbouring countries, so like and yet unlike, has been different, especially in relation to the positioning of the universities. In France, universities are public. In the UK, they sit somewhere between an intrusive state, an open civil society and market capitalism. So the starting points in the two countries are different. Sometimes, the UK and France point the same way, sometimes they are moving in opposite directions.

Higher education in the UK entered the pandemic in early 2020 in a stronger position than its cousin system in France, at least in terms of organizational modernization, resources, research performance and international pull. Yet, a healthy spirit of self-criticism and renewal is stronger in France, as the Macron presidency represents, and as the Institut Montaigne report itself has shown. This suggests that there’s a real possibility of genuine transformation. In contrast, in the UK there continues to be a self-satisfied complacency that is absent in France, despite the colossal own goal - or rather, the continuous series of own goals stretching into the future - that Brexit represents.

UK higher education, not quite completely Europeanized but much more European than the country as a whole, was almost entirely opposed to Brexit, which was foisted on it by Conservative Party politicians who rode a populist backlash against metropolitan liberalism. The growing number of university graduates was one driver of the populist push-back. Nevertheless, Brexit happened and neither government nor universities are ready for the implications in higher education. It is evident that some individuals in government believe that it must have been the universities’ own fault that they became too engaged in and dependent on Europe. This plays into the retreat into xenophobia in some quarters in Westminster. Meanwhile, the consequences for higher education of leaving Europe are there to be dealt with.

The capacity of UK universities to recruit talent from Europe will be substantially reduced by their lesser role in European research funding and project leadership, and the restriction of free demographic movement.

The flow of Horizon Europe resources, European research talent and European Bachelor and Masters students heading to UK universities is slowing. In the future, Erasmus Plus students will no longer apply to the UK. British researchers traditionally took out of Horizon much more than the country put in through its contribution to the budget, but from now on that will not be allowed to happen, regardless of the competitive quality of UK bids. The capacity of UK universities to recruit talent from Europe will be substantially reduced by their lesser role in European research funding and project leadership, and the restriction of free demographic movement.

In the last decade, half of new merit-based appointments to the UK Russell Group, a network of 24 leading universities, were non-UK EU citizens. That will no longer be the case and it is unclear where the substitute talent will come from, though India and China are candidates. Already in 2019-2020, the proportion of international students who were EU citizens dropped from 29.4% the previous year to 26.6% and when the 2020-2021 data are in, a larger decline is expected. With EU students in the future paying the same high fees as other internationals, the number of Masters students from EU countries is falling to half or less. This will severely impact universities such as LSE that have specialized in Europe-related courses.

The UK remains a powerful attractor of fee-paying non-EU foreign students, as powerful on a per head of population basis as the United States, despite the fact that the UK offers much less in economic and career opportunities. This points to the essential cultural power of the Anglo-American countries, which above all explains their favoured position in global student flows.

It is not just about the potency of the English language. That is a symptom and not the cause. It is about historical Anglo-American power and present global identity. Critics of the racialized character of dominant cultures describe international higher education as an investment in "Whiteness" by non-white students from all over the world, and the US and UK universities as holding the position of "the whitest of the white". However unpalatable this seems, it is the reality. This means that UK universities can always fill an emerging income gap by pumping up the number of Chinese or Malaysian students who enter (entry from India is less scalable because of the devastating effects of the pandemic in that country).

But in 2019-2020, UK higher education already took in 104,240 students from China, and just 64,115 from EU countries. UK higher education generates 15% of its total income in the "soft money" flow of international student fees. There is a limit to pumping up numbers from China, if universities are to remain primarily focused on local students. Moreover, dependence on China has become more risky than before because of growing geo-political tensions between the US and China, and pressure on the UK to side with the Americans.

The UK government has just announced the establishment of a special unit of the department of Business, Energy and Industrial Strategy (BEIS) that administers research. It is located in Manchester and will monitor British university connections with China. In this new security-ridden global university atmosphere, the China student tap could be turned off at the China end, leaving UK universities in the lurch. The case of Australia, one of the few examples that deeply impacts thinking in the UK, dramatically demonstrates the dangers of high dependence on international student fees. Australia has completely blocked international student entry during the pandemic and its universities, which in 2019 derived a quarter of their income from the global student market, are in serious trouble.

The UK already has the governance model that Institut Montaigne is proposing for France - the development of more American style boards of governors with majority external representation. It may be uneven but the pattern exists across the sector.

It also has a reduced role for academic staff in governance and leadership selection and enhanced managerial control over capital facilities, budgets and human resources within the framework of national legislation. This has both facilitated responses to the pandemic and left institutions less well protected. The pressures have fallen on manager-leaders, including both vice-chancellors and chief financial officers (governing bodies have played a minor role, they are simply not enough on task) and the robust managerial culture of the UK universities has served them well. No doubt that staff and students would like a larger sway in governance, but this is not on the agenda. Once universities move in the direction of corporate reform they do not reverse.

All the signs are that UK research has also been robust during the pandemic. The UK has long overperformed in research relative to its financial outlay, achieving citation rates equivalent to the brilliant smaller European systems such as Switzerland, Netherlands, Denmark and Sweden, while holding a central position in networked global science.

Once universities move in the direction of corporate reform they do not reverse.

Up to now, its researchers have been less effectively engaged with the rising systems in China, Korea, India, Iran, Brazil and elsewhere than have American scientists, but the capacity for broad global engagement is there and Brexit may make a virtue out of necessity.

There are three reasons for the present capability of UK science and research. First, like France, the UK has a long imperial history of leading academic cultures in a world in which knowledge was defined by the Euro-American powers, and it maintains the neo-imperial advantage of global English. Second, the tiered financial allocations under the Research Excellence Framework, closely linked to quality, act as a de facto "World-Class University" scheme by concentrating resources, talent and performance in the top layer of universities. It is remarkable that Cambridge, Oxford, UCL and Imperial perform at the US level in a country in which philanthropic and other private resources are much poorer than in the US.

Third, as noted, the UK’s powerful position within European science and the organizational acumen of its research leaders and managers secured more than the lion’s share of grants and talent. This third factor is now decisively diminished, and domestic funding alone cannot fully compensate within a tight fiscal envelope, especially in relation to talent flows. The government has established a new fund for advanced military and industrial science projects. However earlier this year, the Treasury attempted to pay for this by cutting heavily into ongoing research budgets, a move staved off by the research sector, only with difficulty.

In the longer term, the UK’s capacity to maintain its stellar science system and global league table position is in question. This is unlikely to play into the pattern of international student demand but it may take the gloss off UK universities, which along with finance have been, in international terms, arguably as high a performing sector as any in the country.

The sector is, however, replete with academic and managerial talent, partly because of its past Europeanization. UK higher education has been somewhat cowed by Brexit and does not yet realize the full extent of its difficulties. However, it has depth and a capacity for confident invention in all domains. It will continue to draw strength from cooperation in Europe, at a lesser level, and a change of funding and policy (or government) could make much difference. Though the country as a whole is at a strategic impasse, and the dangers of proud isolation are real; though steep stratification in higher education cuts into regional capability; and though in research-intensive universities the rising East cannot fully substitute for close European engagement, it is too early to count out UK higher education.

See also
Regions > Europe | Topics > Education
University Challenged - Lessons to Learn From Singapore
Analysis | 15 April 2021 | Mariana Losada | Reuben Wong
The French higher education and research (HER) system has been facing many challenges for several years: demographic influx, lack of autonomy of institutions, underfunding, lack of attractiveness... The Covid-19 crisis has exacerbated these structural difficulties for French universities, which are...
Next
Regions > Europe | Topics > Education
The French Brief - Impetus for Reform: Higher Education and Research in France
Analysis | 8 April 2021 | Institut Montaigne
The Covid-19 pandemic has disrupted education in a truly unprecedented way. The French higher education and research (HER) system was already riddled with challenges before the pandemic. It is now being put to the test. Multiple tensions are at work in universities across Europe: a real lack of...
Next
SIGN UP FOR OUR NEWSLETTER
for a handpicked selection of analyses each week Yes please
Series |
Next
Publication -
Next
...
Next
Séminaire réservé exclusivement
à nos entreprises adhérentes
Restricted to
member companies
Next