Space: A Forgotten Battleground of the Ukraine war? 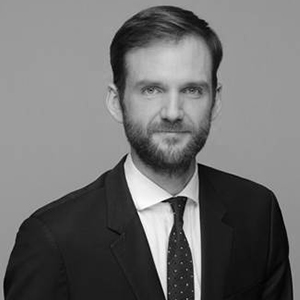 It goes without saying that the war that has been devastating Ukraine since February 24 is, above all, a land war. The Russian invasion, material destruction, and human losses epitomize how the impacts of the battle have been felt on the ground. However, the role of space in this conflict should not be underestimated. Its role in monitoring the progress of Russian troops, discovering war crimes, and more broadly, challenging the multilateral order that has defined space until now, is considerable. Arthur Sauzay, lawyer and contributor to the Montaigne Institute on space issues, shares his analysis.

The war in Ukraine is taking place on several terrains: terrestrial, informational, and technological. The spatial terrain has been less present in discussions about the conflict. However, both on the sides of the attack and defense, space seems to be a key element. What is its role in this war?

Since the first Gulf War, space has played a major role in armed conflicts. The war in Ukraine is no exception to this rule. As in previous conflicts, the space domain allows for crucial observations of the battlefield, through satellites as well as the establishment of secure telecommunications for the armed forces. Cyber attacks, a tool that the Russians have been using for several years, were also observed at the beginning of the Russian offensive. This time, as was illustrated by the attempted hacking of the Viasat satellite, they were able to reach space (though this action cannot be officially linked to the Kremlin, at least for the moment).

The current situation highlights two major innovations. On the one hand, new private actors have made key information available to the public and the media, collected by their own means. This includes the satellite images that have appeared in the press, showing the advance of Russian forces towards Kyiv in February and March, as well as the famous column of tanks. More tragic images also come to mind: testimonies of the war crimes perpetrated by the Russian forces, especially in the town of Boutcha. Such images already existed in the past. However, they were in the hands of states themselves, who alone decided whether or not to expose them to the public eye. This is one of the central differences with the arrival of new, private actors: the ability to generate a public debate that would not necessarily have taken place, due to a lack of evidence. Space actors are therefore fundamental to the international justice system that is being set in motion, in order to judge the gravity of war crimes.

With the invasion of Ukraine, the role of information in times of war has reached a turning point.

On the other hand, with the invasion of Ukraine, the role of information in times of war has reached a turning point. This observation goes beyond a simple spatial framework: the Russian-Ukrainian conflict is a "connected" war of a new kind. Space plays a crucial role by enabling the connection and sharing of live information, both by governments and by soldiers and civilians themselves. Here again, private actors play a new and important role.

This is the case with the deployment of the Starlink system by Elon Musk, at the request of the Ukrainian Minister of Digital Transformation, Mykhailo Fedorov. This constellation of satellites is connected to thousands of small antennas distributed in combat zones, making it possible to maintain an Internet connection even when terrestrial installations (cables and towers) are affected. In addition to allowing civilians, who have been cut off from networks, to keep in touch with their loved ones, the support of this satellite system has helped the Ukrainian armed forces to observe Russian advances, relayed by civilians through dedicated smartphone applications.

Finally, it is important to note that the nuclear threat posed by Russia is related to the space domain. Space plays a role in nuclear deterrence in two ways: intercontinental ballistic missiles pass through the space domain when they are deployed, a fact recalled in a surreal broadcast on Russian television. In addition, the outer space domain is the orbit where the satellites for detecting potential ballistic attack launches are located.

Space strategy has historically been characterized by strong cooperation between spacefaring nations, of which the International Space Station (ISS) is an example. How has this cooperation been undermined by the war waged by Russia, and what does this portend for the future, given that, in February 2022, twenty-seven European ministers declared that "European sovereignty depends on space"?

Two phenomena have shaped space geopolitics. First, space and its stakes have long seemed to escape the logic of conflicts between great powers for 50 years. We remember the rapprochement between the United States and the Soviet Union in the 1970s, at the height of the Cold War, which gave rise to the cooperation project on the Russian Mir station in 1986, and then to the International Space Station in 1998. During the 2000s, space cooperation also seemed to be spared the shocks of the fall of the USSR. More recently, Russians and Americans have continued to collaborate, even after the annexation of Crimea in 2014.

The second phenomenon that has been observed in recent years is the realignment of space strategies between states. On the one hand, we have witnessed - as in other areas - a clear rapprochement between the Russian and Chinese powers, illustrated in 2021 by Russia's declared wish to participate in the Chinese lunar space station. On the other hand, the United States is reaffirming its desire to be the world's leading space power, as shown by the so-called "Artemis" agreements proposed in 2020, in order to return astronauts to the moon by 2025. The United States is strongly encouraging its allies to join the project, knowing full well that Russia and China are opposed. There is thus a growing polarization in space, emphasizing a shift in the multilateral system that has prevailed until now.

From this point of view, the war in Ukraine marks an acceleration of the dual processes of conflictualizing and polarizing the space domain. This was first made evident with the Russian announcement of its wish to withdraw from the ISS. The scope of this announcement remains uncertain at this stage; for the moment, the Russians maintain relatively normal activity within the station. The future of the ISS, whose life expectancy should be extended until the end of the decade, is nevertheless full of pitfalls, and the Europeans and Americans are already thinking about solutions in case of Moscow’s rapid withdrawal.

In the short term, if Russia were to quickly withdraw from current international programs, there would be significant implications, especially for the ISS and cooperative programs with the Europeans (scientific missions, use of Russian engines for launchers, etc.). In the medium and long term, there is nothing that the Russians can do that the Americans or Europeans cannot develop. Still, the erosion of the multilateral foundation on which global space cooperation was built is regrettable, given its unifying role beyond the earthly tensions of the moment. However, Vladimir Putin's policy leaves little choice.

As in the energy field, Europe’s space domain has suffered from the immediate aftermath of the Ukrainian conflict.

As in the energy field, Europe’s space domain has suffered from the immediate aftermath of the Ukrainian conflict. The most striking example is the suspension of major scientific cooperation programs, the most emblematic of which is the ExoMars program - comprising a probe and a lander that were bound for Mars in 2022, following a long preparation led by the European Space Agency (ESA), with important participation by the Russian space agency Roscosmos. Our continent must redefine its place within these new "tectonics" of space, and the Ukrainian tremors are only accelerating the movement of the plates. Should Europe align itself with the Americans in the framework of the Artemis agreements? Or on the contrary, should it seek to maintain a position of balance with China, which has emerged over the last 10 years as the new space superpower?

In the spring of 2021, you pointed to the rapid progress of NewSpace, a phenomenon in which the private sector is shifting from a simple supplier to a promoter of ideas, driven by new ambitions and methods. Last March, Elon Musk supplied and deployed the Starlink system in Ukraine. Does this gesture reflect a new stage of NewSpace, or even underline the capacity of the private sector to take better initiatives than states on the subject?

Elon Musk has once again made his mark with the deployment of Starlink satellites in Ukraine. His action underlines an important characteristic of NewSpace by showing how private actors are acquiring their own technological and political capabilities.

And the signs of NewSpace activity go far beyond Elon Musk's case: in addition to the dynamism of American players (in particular the GAFAMs, which are heavily invested in space), we see China, but also Europe, accelerating their support for the emergence of new players and new methods of cooperation between the public and private sectors.

Nevertheless, although very visible and dynamic, NewSpace remains largely dependent on states. Funding in space remains largely of public origin, even if the new players manage to raise several billion dollars per year in private capital. Furthermore, to use the example of Starlink in Ukraine, it is suspected that part of the antenna shipments to Ukraine were funded by the US Department of Defense, which is closely monitoring the deployment and impact of this system in combat zones. The private initiative in space remains under the close control of the government. It is now a key tool of power for states in space, as shown by the new attention paid by President Emmanuel Macron to this subject in recent months.