Covid-19, Amplifying the Return of Mass Poverty in India 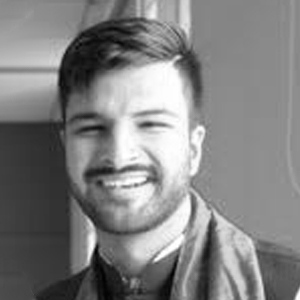 The Covid-19 crisis in India acts as a revealer (just like in film photography) of latent tendencies - or, for lovers of physics metaphors, as a particle accelerator: it has accentuated the authoritarianism of power and the stigmatization of Muslims (accused of spreading the disease). It has also highlighted the fragility of the country's results in terms of the fight against poverty. In 2019, the UNDP reported that India had succeeded in lifting 271 million people out of poverty between 2006 and 2016. However in the same year, India’s Ministry of Statistics and Programme Implementation, which conducts the National Sample Survey, indicated that for the first time since this type of measurement was available, the percentage of Indians living below the poverty line had begun to rise again, because of the immiseration of the countryside (where about two-thirds of the population still lives). The Covid-19 crisis has amplified this process dramatically.

Erasing the gains of a decade in a single year…

The Indian economy, which was already experiencing a sharp slowdown, was hit hard by the pandemic. The March 24 lockdown, which lasted until at least May 31 and even beyond (when it was followed by local restrictive measures) halted the activity of factories and transport, putting more than 121 million people (including 91 million daily wage labourers in the informal sector and the youth with over 4 million unemployed being below the age of 30) out of work in one month, according to the Centre for Monitoring the Indian Economy (CMIE) data.

This furthermore pushed more than 23 million Indians onto the streets, out of the 40 million migrant workers impacted, according to the World Bank. These men and women, who were no longer employed, could no longer pay their rent either. They desperately sought to return to their villages by whatever means necessary – mostly on foot - taking the virus with them in some cases, and have not returned in large numbers to the cities after the partial lifting of the lockdowns. This has resulted in a scissors effect: not only do the villages no longer receive the money that the migrants had been sending from the urban centers where they had found work, but they also have to support themselves.

The state has weakened the economic situation of millions of rural people, which partly explains the return of poverty reported in 2019.

India is facing another latent contradiction that the Covid-19 crisis has brought to light in the rural economy. Agriculture has been neglected by successive governments which, for three or four decades, have focused on the symbols of modernity that were the industry and services (especially IT). Not only has the state failed to invest in infrastructure (roads, irrigation, etc.) and craftsmanship has stagnated (it accounts for 17% of the rural economy), but the government has also chosen to pay low wages for the work of peasants farmers.

This has especially been the case since 2014, in order to protect the urban electorate of the ruling party, the BJP, whose strongholds are in the cities. By paying lower prices for agricultural products, the state - which administers agricultural prices - kept the cost of the middle-class household basket low. As a consequence of these policies, the state has weakened the economic situation of millions of rural people, which partly explains the return of poverty reported in 2019.

The Covid-19 crisis has considerably amplified the phenomena reviewed above. The United Nations Development Programme (UNDP) estimates that 260 million people will be back in poverty by 2020 - almost as many as the 271 million who left between 2006 and 2016. These 260 million people come from the approximately 20% of Indians who were just above the 28% considered poor. This setback poses considerable challenges for the country in terms of malnutrition, especially in the least developed states such as Uttar Pradesh (where 23% of migrant workers came from), Bihar (where remittances from these workers represented 35% of the state's gross domestic product in 2019), Madhya Pradesh, (where 36% of the inhabitants live below the poverty line) etc.

Mass unemployment and poverty often induce anxiety and depression - even suicides. A recent survey by the Indian Psychiatry Society (IPS) found that the number of mental illness cases had increased by 20 per cent since the lockdown, and that at least one in five Indians were affected. The National Crime Records Bureau (NCRB) reported that in 2019 – when the slowdown was becoming manifest, India recorded 381 deaths by suicide daily which came to total of 139,123 fatalities over the year. This was a 3.4 per cent increase from the previous year 2018 which already reported 134,516 fatalities. In 2019, 10.1 per cent cases, the people who killed themselves were unemployed. The present crisis may result in more casualties.

The State's response has not matched up to the challenge because the government did not have the necessary financial resources.

The solution offered by the State: From the frying pan into the fire?

The State's response has not matched up to the challenge because the government did not have the necessary financial resources. Instead, it has initiated structural reforms that are likely to increase inequalities.

Financially,the government was content with spending half a point of Gross National Product (GNP) to help the poor for three months. This translated into a doubling of food rations for those below the poverty line, an allocation of 1000 rupees ($ 13.30) to the elderly, the disabled and widows, a monthly allocation of 500 rupees ($ 5.65) to women with bank accounts reserved for the poor, the allocation of a gas cylinder to the same people and an allocation of 2000 rupees ($ 26.60) to poor peasants. Clearly, the government – since it did not want to introduce a wealth tax and/or borrow money - could do no more given its budgetary constraints, following the widening of the budget deficit due to the economic slowdown.

The farmers fear in particular that they will be subjected to the diktat of the large agribusiness corporations.

The scheme that has best served the rural poor, paradoxically, is the legacy of Manmohan Singh's government that Modi denigrated during his first budget debate in 2015: the Mahatma Gandhi National Rural Employment Guarantee Act, which guarantees 100 days a year of minimum wage pay to any rural family suffering from unemployment. The demand for jobs under the Act has increased by 86% and the government has resigned itself to picking up the tab, while at the same time stigmatizing a scheme that it said was designed to keep peasant farmers on welfare and to distract them from entrepreneurship.

This approach to the problem explains the government's attempt at fighting poverty through supply-side policies and structural reforms. While the two economic support plans announced in the spring only earmarked half a percentage point of GNP for the poor, two to three times as much money was earmarked for business. While such measures were fully justified in the case of Small and Medium Enterprises (SMEs), others reflected an ideological bias that was all the more obvious since they could not respond to the urgency of the moment.

Three sets of reforms are worth mentioning here: a vast privatization plan for public enterprises (mainly intended to bail out the state coffers) which should help already dominant industrial houses to become robust oligopolies, a challenge to labor laws that deprived workers of many protections (including legal working hours), and a liberalization of agricultural markets that provoked huge protests from peasant farmers. The farmers fear in particular that they will be subjected to the diktat of the large agribusiness corporations.

This supply-side policy contradicts the views of most Indian economists, who recommend a demand stimulus through direct cash transfers, a more important condition for restarting investment than subsidized loans to businesses. The same economists, following the IMF’s recommendations, suggest introducing a wealth tax to finance this stimulus package - to no avail.

Thus, the Covid-19 crisis reveals the ideological preconceptions and strategies of the Indian government regarding the economy. In India, where since 2014 the government has been promoting crony capitalism aimed at structuring the economy around a few oligarchs, his supply-side policy and the reform of agriculture aims to open up new horizons for them. The poor will have to wait, as is often the case.

See also
Topics > Social affairs | Regions > Asia
Emitters in the Spotlight - India: Great Capacities, Lesser Actions?
Analyses | 27 August 2020 | Christophe Jaffrelot | Hemal Thakker
The world’s 5th economy, India, is also the third biggest emitter of CO2. Its vast territory and solar capacity makes it a formidable place for the development of new technologies to reduce the country’s carbon emissions. Yet, the challenge is big due to the numerous political and economic...
Next
Topics > Social affairs | Regions > Asia
India in the Age of Coronavirus: a Global Time Bomb?
Analyses | 24 March 2020 | Christophe Jaffrelot
Recently, the Washington Post wondered whether South Asia and its two billion people, more than one fourth of the world population, would be the next hot spot of the coronavirus outbreak. Over the last few days, this concern has gained pace as India – on which we will focus – is recording the...
Next
SIGN UP FOR OUR NEWSLETTER
for a handpicked selection of analyses each week Yes please
Series |
Next
Publication -
Next
...
Next
Séminaire réservé exclusivement
à nos entreprises adhérentes
Restricted to
member companies
Next