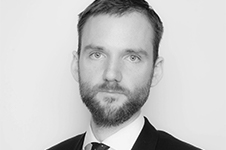 Arthur Sauzay is a lawyer at the Paris Bar. His areas of expertise include large-scale projects, public-private partnerships and complex regulation issues. He graduated from Sciences Po Paris and holds a Masters Degree in Public Law from the University of Paris I Sorbonne.

In recent years, Europe has enjoyed a string of successes in the space sector: Thomas Pesquet’s mission aboard the International Space Station, the Rosetta/Philae probe’s success, the European GPS service Galileo’s commissioning, satellites launching, and the manufacturing of a new rocket - Ariane 6. Despite relatively low spending compared to other powers, Europe has managed to impose itself as a major player in the space race.

This position is being challenged. The space sector is experiencing major economic, technological and geopolitical evolutions on a global scale. New American private actors such as SpaceX and Blue Origin, but also State actors such as China and India, are emerging and developing new technologies allowing them to compete with the sector’s historical actors. Their ambitions fly high.

The race’s most visible aspect is access to space, with rockets. Betting on an economic and technological disruption, which consists in recovering and reusing key launcher components instead of discarding them after a single use, these new actors present a significant competitive advantage. They can also rely on solid support from their government. For instance, the US government purchases launches from such actors for NASA and army satellites or to provision the Space Station. In this new context, there is significant uncertainty as to whether the future Ariane 6, which is non-reusable, will be competitive enough to maintain the current European leadership throughout the 2020s, especially as its domestic government market is already three times smaller than that of the United States or China.

But the main challenge, regarding new economic activities and defense issues, is less visible. As in the case of the digital economy, in which Europe failed to compete with GAFAs (Google, Apple, Facebook, Amazon), “space GAFAs” are likely to emerge in the United States or China. Regarding defense, Europe invested far too little and is not coordinated enough, even though it represents a crucial tool for security, and space infrastructures (GPS, telecommunication) have become vital for European sovereignty.

Unless Europe responds to these challenges quickly, it will not be at the forefront of global space powers in the 21st century. Strategic choices that will be made in upcoming months, at a time when the future of Europe is under discussion, will have a lasting impact, beyond the space sector, on our economy, our sovereignty and in fine our security.

Institut Montaigne calls for a reaction and formulates proposals so that Europe strikes back.

How is the space sector organized today?

At the global level, it is coordinated between three main bodies of actors:

Launch service providers’ main clients are States. Among them, three countries, i.e. the United States, China and Russia - operate three quarters of all launches. Contracts are about putting satellites into orbit, with various objectives (mainly telecommunications and observation). The public sector remains to this day the main contributor: in 2016, 62 government launches occurred in the world, compared to merely 25 commercial launches.

In 2016, Europe was well placed on commercial launches

Yet in the family of launchers, Europe successfully acquired a leadership on the commercial segment (launches that are open to competition). In 2016 for instance, Arianespace, which is a subsidiary of Airbus Group, launched 10 of the 19 commercial satellites and signed 7 contracts of the 13 open to competition. This segment is worthwhile and important economically for Europe, as it lacks a sufficient amount of government launches.

The “New Space” movement conveys the increasing importance of the private sector compared to the traditional public sector in the space industry. Two American companies, SpaceX, established by Elon Musk (also CEO of Tesla) and Blue Origin, founded by Jeff Bezos (founder of Amazon), are the most famous and the most ambitious to date. But a large number of startups are also emerging. They provide new services, thanks to new inexpensive small satellites. For instance, the American company Planet possesses over a hundred “nanosatellites” photographing all of planet Earth each day. It provides, through its data and algorithms, services for agriculture, forecasting of economic activities, etc.

Emerging countries are also rapidly developing their space programs. First of all, China aims to outpace the European Union and then the United States, in order to become the 21st century’s main space power. India is also developing new launchers and projects of probes for the Moon and Mars. Many countries are establishing their own space agencies (Australia for instance).

These projections can partly be explained by the development of important new space projects such as providing a cheap access to very high-speed internet from the terrestrial orbit.

The principle of reusability is not novel, yet no operator has succeeded so far in making it reliable and competitive. The American spaceship was founded on this principle but its cost is prohibitive and two tragic accidents led to the end of the program.

Reusable launcher: how does it work? The case of SpaceX

SpaceX is today the only operator to have successfully accomplished this technological disruption. It relies on a new concept: gathering the whole first stage (engines and tanks) of the launcher - which represents 70% of the cost of an entire launcher - in order to allow it to fly. This technology is now being mastered, as the many successful returns have demonstrated (over 20 since 2015). Blue Origin and China are actively developing similar technologies. The aim is, in the long run, to be able to reuse everything, with two purposes: considerably lowering the prices and being able to launch frequently.

If the cost of access to space indeed diminishes as has been announced thanks to this technology, the impact on the whole space sector will be significant. If Europe fails to preserve its market shares, it is at risk of forfeiting its ability to invest and in fine, to innovate. The whole sector, and especially France due to its influence in the sector, has a lot to lose.

The Europe Space Sector Under Threat

Historically, Europe has been able to carve out a place for itself in space

In spite of being outshined by American and Soviet powers, Europe was still able to gradually establish itself in space and is today recognized as a major player of the space sector. Its strengths are the following:

Ariane 6: a necessity… that could prove insufficient

In the mid 2000s, European officials acknowledged the necessity to design a new launcher, less costly and more adapted to new needs.

In 2015, particularly in order to react to SpaceX, a decision was taken to design Ariane 6 in the continuity of Ariane 5, by reducing the costs, responding to the evolution of the market and simplifying the project’s governance (gathering the main industrial actors within ArianeGroup). This pragmatic choice placed Europe in a situation of weakness, due to the means engaged by the American and soon Chinese rivals. Taking into account the likely impact of reusability, Ariane 6 could be significantly more expensive and less flexible than its counterparts. In an increasingly competitive environment, the future Ariane 6 is at risk of losing its leadership on commercial launches. Besides, by failing to guarantee a sufficient amount of government launches to European launchers (including the small Vega launcher), the European space sector could weaken its independent access to space.

The future “space GAFAs”: once again American… and Chinese?

There are currently hundreds of European startups linked to the space sector. They are supported by public or private initiatives: for instance ESA’s 18 incubators are supporting close to 500 startups. Luxembourg also committed to a proactive policy: two American companies specialized in exploration and exploitation of space resources, Planetary Resources and Deep Space Industries, opened a subsidiary in the country. In the private sector, Airbus, for example, launched the venture capital fund Airbus Ventures, which invests in startups in Europe and elsewhere. Other funds could soon emerge.

However, until now, these European initiatives have been delivering poor results compared to the American leadership. According to a study published in October 2017, out of 250 space startups that received a private investment, 170 were American and 70 were European. Moreover, the first space “unicorns” (unlisted private companies that are worth over US$1 billion), or companies that are about to become “unicorns”, are exclusively American: SpaceX, RocketLab, Planet, but also Oneweb (despite investments by Airbus). The GAFAs are supporting them technologically and financially. This, Europe lacks the capacity to do for its own companies: this is one of the consequences of Europe lagging behind in the digital revolution. Simultaneously, private actors financed by billionaires are emerging in China, which enjoys digital giants such as Tencent and Alibaba. France fails to trigger the emergence of new actors despite major aerospace groups, numerous startups in the aerospace industry and successful fundraising.

The space sector is risk-bearing for investors and numerous startups will go bankrupt before finding their market. However, as for the internet bubble of the 2000s, among these new companies are tomorrow’s “space GAFAs”. Yet according to today’s investments and power balance, chances are these leaders will be American or Chinese rather than European. It is a crucial and strategic challenge for Europe.

8 Proposals to Reaffirm a Substantive Space Ambition for Europe

A global and coherent approach must be adopted, as all aspects are intertwined: increased public and private investment, support for European autonomy in terms of access to space, more European governance, which increasingly involves both companies (through partnerships) and citizens (through more ambitious communication on the benefits of space).

Publicly assert Europe’s ambition to be the main space actor by 2030. The first step is to acknowledge what is at stake and, once a consistent strategy is defined, it should be publicly announced at the highest European level, initiated by leading countries, mainly France and Germany, but also Italy.

Accelerate the ongoing optimization efforts and Ariane 6’s commissioning. At a time when Ariane 5’s operational life is close to its end, weakening Ariane 6 would endanger the very existence of Europe’s launch sector and Europe’s independent access to space.

In parallel to Ariane 6, master as soon as possible the main technological building blocks of reusability, starting with rocket engines. The goal would be to develop a fleet of reusable launchers as early as possible in the 2020 decade, with increasingly lower costs.

Introduce a “European preference” mechanism for European and national institutional launches. Equivalents are already in force in the United States and China. This measure is consistent with required additional efforts in terms of competitiveness, investment and innovation.

Obtain a significant increase of the European Union’s space budget, starting with the negotiation of the Union’s next multiannual financial framework, for concrete projects to be defined rapidly. Such projects could include civilian (space-based internet, cleaning Earth orbit, manned spaceflight, etc.) and military applications (observing and defending European satellites in orbit).

Promote the entry of new private actors in Europe, through innovative public-private partnerships. Such partnerships have been and will remain instrumental to the current American dominance in space, and would maximize the efficiency of additional public investments.

Improve European communication on space, both by political leaders and by companies.