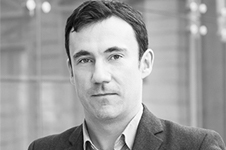 "Our dependence on core technology is the biggest hidden trouble for us", said Xi Jinping in 2016. Semiconductors are crucial to China’s global leadership ambitions - but China’s trouble is no longer hidden, despite massive policy support to a booming sector.

Europe should act fast and play on its strengths to reduce its vulnerabilities to the shockwaves to come in a strategic sector at the heart of the US-China tech rivalry.

What is a semiconductor?

From smartphones and computers, to ballistic missiles and the automotive industry, semiconductors are a crucial component of electronics and thus play a central role in our digital economy. As the name suggests, a semiconductor is a material that stands between a full conductive material, such as metal, and an insulator, such as glass or ceramic. On this material, produced in wafers, transistors are installed to manufacture integrated circuits (IC), or microchips, which fall into two main categories: processors that allow for an electronic device to run, and memory.

Why are semiconductors important?

Semiconductors enable the functioning of the technologies that our lives revolve around today, from health, to communication and banking. As such, they are also key to the technological progress and innovation happening around 5G, including smartphones, the Cloud, the Internet of Things, and through many sectors that are undergoing rapid change, such as the automotive industry, the military and the space sector. In 2019, the total output value of the global semiconductor industry chain was USD 502.4 billion, according to Taiwan's Industrial Technology Research Institute (ITRI).

Semiconductors thus play an important role in the technological race taking place between China and the US. The latter, which dominates the sector’s intellectual property and the design of semiconductors, has taken an offensive position vis-à-vis China by cutting its access to many key technologies. As a result, China was forced to accelerate its drive for self-reliance in the industry. Besides the US and China, the industry is concentrated around four big players: Europe, Japan, South Korea and Taiwan.

Why should Europe be paying attention?

Europe has some important strengths in the semiconductor industry, but needs to make strategic choices to ensure it remains relevant in the global technological race. In this context, EU Internal Market Commissioner, Thierry Breton, has called for the establishment of a European alliance for electronics. In December 2020, 18 EU Member States signed a joint declaration committing to work together towards this common objective.

Given the crucial moment that is the arrival of a new administration in Washington, the next six months are going to be decisive. This will be a moment of opportunity for Europe to refine its approach to supporting the semiconductor industry and set strategic objectives to thrive in an interdependent value chain.

In this paper, we argue that semiconductors are weak links to China’s innovation-driven development strategy. China provides massive support to its semiconductor sector to reach self-reliance and reduce its vulnerability on foreign imports. However, the international environment and the domestic obstacles faced by the country make its plans for near self-reliance excessively ambitious. But if there is anything we can learn from Chinese history when it comes to reforms and opening, it’s that we can still expect more progress as a result of strong policy guidance and determination. But if strict controls are maintained on some chokepoint technologies, China will find it extremely difficult to upgrade its industry to the level of the global leaders for IC design and foundry.

With that vision in mind, we draw recommendations for the European semiconductor industry. Europe will remain at the intersection of two forces. On the one hand, the US’ restrictive approach to technology transfers. On the other hand, China’s mix of industrial policies and unwavering drive to obtain foreign technologies. The ongoing tech war has exposed the vulnerabilities of the semiconductor supply chain. Europe needs to work to reduce possible future threats to its access to technology and anticipate geopolitical risks that might affect its strategic resilience.

The following presents the analysis of the author, based on numerous interviews conducted with government representatives and companies in Europe and Taiwan, and on extensive research of Chinese sources.

1. The semiconductor value chain is characterized by a mix of interdependent and chokepoint technologies - who controls the chokepoints has a major strategic advantage.

There are three main stages in the semiconductor production chain: design; manufacturing; and assembly, testing and packaging. Chokepoints are concentrated in the design and the foundry phase. They include in particular design software, and lithography, two highly concentrated specialized segments of the semiconductor industry for which China considerably lags behind.

Integrated device manufacturers, or IDMs, are giants who integrate all three phases. Market leaders in terms of revenue are: Intel (US), Samsung (South Korea), SK Hynix (South Korea) and Micron (US). Europe has three IDMs in the top twenty - Infineon, NXP and STMicroelectronics - with a specialization in some industrial applications, such as the automotive sector. The semiconductor value chain looks like this:

2. The success of China’s innovation-driven development strategy depends on semiconductors.

Xi Jinping’s roadmap for China to become a global technology leader and an innovation powerhouse by 2050 implies going around a number of roadblocks on the way to the upgrade of its semiconductor industry. China’s industry is strong, and has benefited from interdependence in the value chain. But the days of easy access to foreign semiconductor technology may be coming to an end.

In 2019, China imported USD 304 billion worth of semiconductors - more than oil, and more than its total imports from its largest trading partner, the European Union. In the meantime, it was only able to manufacture 15.7% of demand. In other words, the world’s largest consumer market for semiconductors and ICs depends on foreign suppliers. The Trump administration has exploited this dependency by using technology transfer tools, such as export controls. This has made the semiconductor industry a theatre on which the US-China rivalry is playing out.

Is this set to last? Early signs suggest that the Biden administration will by and large continue with this increasingly restrictive approach. Unsurprisingly, this has set off a sense of urgency in Beijing, motivating China to accelerate its plan towards self-reliance and its ambitious target of producing 70% of its own semiconductors in 2025 - before new targets are released with the adoption of the 14th five-year plan.

Given these obstacles to China’s ambitions, today, no other industry in China shows a wider gap between stated policy goals and the technological reality.

Semiconductors are key to attain Xi Jinping’s goal to turn the People’s Liberation Army into a world-class military by 2050, outlined at the 19th National Congress of the Chinese Communist Party in 2017. Semiconductors are an essential technology for the arms industry, an issue that is now central in US-China relations.

China has a complete industrial structure, and has achieved impressive progress in the past decade. But it lags behind the world’s leaders in all segments of the industry, and has a major weakness when it comes to dependence on foreign intellectual property.

With massive policy support, China is likely to continue its upward trajectory. But in the manufacturing stage, it faces a major roadblock: crossing the threshold of 7 nanometer process technology. ICs are made up of transistors - the more transistors, the higher the power of a microchip. The space between two transistors is measured in nanometers, and it can currently be as small as 5 nanometers. Today, only TSMC (Taiwan) and Samsung (ROK) manufacture such advanced semiconductors (less than 7 nanometers). High-end smartphones need at least a 7-nanometer manufacturing process for their microprocessors, which means that the global digital economy, including China, depends on Taiwan and South Korea.

Under the Trump administration, the United States has launched a campaign targeting China’s access to certain foreign technologies, starting with Huawei’s 5G infrastructure offer to the world. Targeting Huawei’s access to semiconductor technology containing American intellectual property has proven highly effective. The access issues faced by Huawei and its affiliates have raised serious questions regarding their capacity to maintain their network equipment and high-end smartphone offer.

The administration then put together a list of Chinese Communist military companies, which includes semiconductor companies, but also public and private firms that import foreign semiconductor technology. Chinese technology firms were added to the Entity List of the Department of Commerce as well, due to their involvement in China’s human rights violations related to the detention of Muslims in Xinjiang. These lists are a basis for further restrictive action.

Though Huawei was hit the hardest, there is a full-scale US offensive on China taking advantage of the vulnerabilities of its semiconductor sector. While there are uncertainties regarding how the Biden administration will address technology competition with China, we can expect that it will pursue the same goal of slowing down China’s catch up.

5. China’s industrial policies provide massive support to its growing semiconductor sector, but are they enough?

While China has certainly achieved impressive progress in the past two decades, rising to the global top six players in the semiconductor industry, this success has relied on the global interdependence in the microelectronic industry. Less interdependence makes China’s path to greater self-reliance much more difficult.

Strategic competition with the United States is not China’s only problem - its industrial policies are not entirely successful. Looking ahead, China’s top-down, state-led investment-driven model in the semiconductor industry will continue to face three major shortcomings:

The combination of these three factors suggests that China will not reach all its targets, and can be expected to use all resources at its disposal to circumvent chokepoints in access to foreign technology, from innovation efforts at home to overseas acquisition by all means available.

Stakes and strengths in the US-China war: 5 policy recommendations for Europe

Europe has woken up to the reality of the US-China technology "war" - a structural conflict that will not disappear with the Biden administration. Europe should play on its strengths to reduce its vulnerabilities to future shockwaves, and organize its long-term resilience as a key player of the global supply chain. The following are five ways to achieve them:

1
In detail Focus policy support on Europe’s chokepoint technology (EUV lithography, EDA software tools) and key strengths (IC design for the automotive industry, microcontrollers, low-power technologies) In detail
2
In detail Prioritize research and development.
In detail
3
In detail Hold a European conference in 2021 with all stakeholders from industry and government, to examine options and the costs of building an advanced foundry in the European Union.
In detail
4
In detail Strengthen technology transfer controls to address the issue of military end-users in China.
In detail
5
In detail Address transatlantic differences on technology transfers in the semiconductor industry as a matter of strategic priority in 2021.
In detail
Downloads
Policy Paper ( 72 pages)