This issue of China Trends started with a question. What policy issues are still debated in today’s PRC media? Our able editor looked into different directions for critical voices, and as a result, the issue covers three different topics. The "dual circulation economy" leads to an important but abstruse discussion on the balance between China’s outward-oriented economy and its domestic, more indigenous components and policies. Innovation, today’s buzzword in China, generates many discussions around the obstacles to reaching the country’s ambitious goals in terms of technological breakthroughs and industrial and scientific applications. But the third theme is political, and about the life of the Communist Party: two-faced individuals or factions. Perhaps very tellingly, it contains a massive warning against doubting or privately minimizing the official dogma and norms of behavior: "two-faced individuals" now have to face the rise of campaigns, slogans and direct accusations that target them as such. In itself, the rise of this broad type of accusation demonstrates the limits and the dangers of any debate that can be interpreted as a questioning of the Party line, of the Centre, and of its core – China’s paramount leader (领袖) Xi Jinping.

Perhaps this fall’s context, as the CCP’s Fifth Plenum opens on October 26, can help decide where the balance between reform and opening up on the one hand, and authoritarianism and centralization on the other, is actually going.

Through the new presentation of China Trends on this website, the reader will now find summaries and links to each of these articles by Dr. Heike Holbig, Prof. Markus Taube and Viviana Zhu on this page.

The balance matters: between surviving policy debates on economic governance issues and what is becoming an all-out attack that targets hidden dissent, doubts or non-compliance beyond any explicit form of debate. Both the pre-1949 CCP and Maoist China had so-called "line debates" which often turned into "line struggles" (路线斗争): the official history of the pre-1966 CCP, no longer reprinted, listed nine such events. True, the color red always had to win, and the losers of a line struggle were purged, as was the case during the Cultural Revolution and once more at its conclusion.

But the reform decades – 1978 to 1989, with a partial resurrection after 1992, grinding to a slow halt in 2012 – were full of disclosures on the past, of discussions and doubts about policies, and of revealing public contests between different "models". Western political science has seen this mostly as a "fragmented bureaucracy", where local levels and sectoral silos did not always comply with central authorities – a traditional feature of the Chinese state.

But there was also a form of political life, strangely helped by the fact that Mao had nurtured fights inside his own bureaucracy. After him, there were reformers and conservatives at the Centre, liberalizers and hard-liners, and increasingly nostalgic populists for Maoist egalitarianism fighting back globalizers and the elite "top crowders", as Singapore’s Lee Kuan-yew once termed the circle of influential Chinese revolving around the CCP. Almost all of this is gone today, except in some undertones or implicit inferences. For example, it is not hard to detect that those who see a conformist education and bureaucratic paralysis as a brake to innovation, also advocate that foreign sources of innovation be preserved. In the debate about the "dual circulation" economy, it is fascinating that the same economist-turned-high official between 1987 and 2020 defended "external circulation" in the heyday of China's reform and opening up, and today emphasizes "domestic circulation". One can say that there is continuity – or that the times have changed and the policies with them. Perhaps this fall’s context, as the CCP’s Fifth Plenum opens on October 26, can help decide where the balance between reform and opening up on the one hand, and authoritarianism and centralization on the other, is actually going.

First, 2020 is a year of success, internally and externally, for the CCP. After an initial failure, China has fought back and contained Covid-19 more efficiently than another state, save perhaps for Taiwan. It is also already distributing hundreds of thousands of vaccines as a "test", which will soon replace "mask diplomacy" as a key international asset. Never mind that anthropological culture matters as much as politics to explain China’s and East Asia’s success, and the West’s relative failure so far. Never mind that vaccine testing procedures are most likely not following safety standards. All of this still draws support from China's population.

On this basis, China's economy has rebounded at a better rate than any competitor. And with a twist: China has NOT sustained domestic demand with quantitative easing as other central banks have. Instead, it has used the gap between the consumption demand of its partners (precisely due to quantitative easing elsewhere) and their production capacity (reduced by Covid-19) to base its own recovery… on exports first. In short, China is free-riding on its main partners. China's balance of trade and its current account are back at record surplus levels, and this even with state-driven capital export over this summer.

More than ever, Xi Jinping is beefing up the Party, the Party Centre and his own "core" leadership, asserting China’s power abroad.

Here again, one can always quibble: external demand could flag, there was already a credit bubble inside China, SOEs got much more support than SMEs: in fact, low wage and migrant workers are not nearly doing so well as the country as a whole, unemployment is a growing concern.

But for the time being, it is a win for Xi Jinping. And the political climate inside democracies, starting with the US presidential campaign, is not such that it would make Chinese leaders, or their captive audience, doubt that the West’s decline is accelerating. It is the second time, after 2007-2008, that this interpretation has been made.

Political choices would seem to flow naturally from the above considerations. More than ever, Xi Jinping is beefing up the Party, the Party Centre and his own "core" leadership, asserting China’s power abroad. The telltale signs are everywhere. A new CCP rulebook requires adhesion to the CCP from any citizen. It explicitly endows the Centre with power to decide policies, and incorporates Xi Jinping by name (after the country and Party constitutions) as the supreme leader. CCP‘s presence in private firms now extends to oversight of management. The study of Xi Jinping thought now extends to all corners of Chinese public life. Not all of Xi's colleagues - or collaborators? - have formally endorsed its role at the center of the Party. In his recent visit to Shenzhen, Xi Jinping acknowledged Deng Xiaoping’s role, while on an earlier visit, his own father’s role in creating the Special Economic Zone had been on more prominent display. These nuances should still be watched, but the likelihood is that they are part of a "one step backward, two steps forward" political strategy. A rectification campaign is in fact underway for all security organs. After the People's Armed Police, public security forces have been placed directly under Party control. The 14th Five-Year Plan will undoubtedly reinforce "domestic circulation" as the old slogan of "self-sufficiency" (自力更生). One interesting unknown is how much the Plan could reflect Xi Jinping's international promise to reach carbon neutrality by 2060, for which an immediate course reversal would be necessary, if not sufficient.

Whether it is because of the fears any authoritarian leader harbors about threats to his own legitimacy, or because on the contrary he is supremely confident in his wisdom, the trend towards a one-man rule of steel, requiring total loyalty from every citizen, is accelerating. At this point in time, the elements in debate we can find concern the technical means to reaching political and national goals that simply cannot be called into question by anyone. 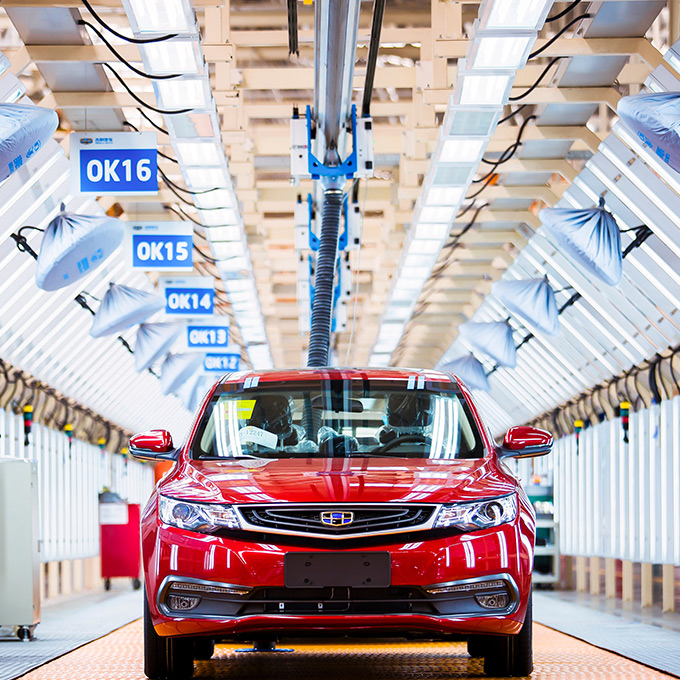 China has moved away from the stage of "stimulating domestic growth through international circulation" and has entered into the stage of "dual circulation". While some in the West fear that the new strategy advocated by Xi Jinping since May signals an intention to isolate itself from the rest of the world given the weight import substitution carries in it, Chinese sources argue the contrary. Instead of seeing the call for "dual circulation" as a new strategy and a break from the past, they see elements of continuity from previous policies.

Viviana Zhu, Policy Officer at Institut Montaigne’s Asia Program, looks into the Chinese narrative of dual circulation, and provides an overview of the origins and the goals of the strategy.

The roadblocks on China's innovation drive 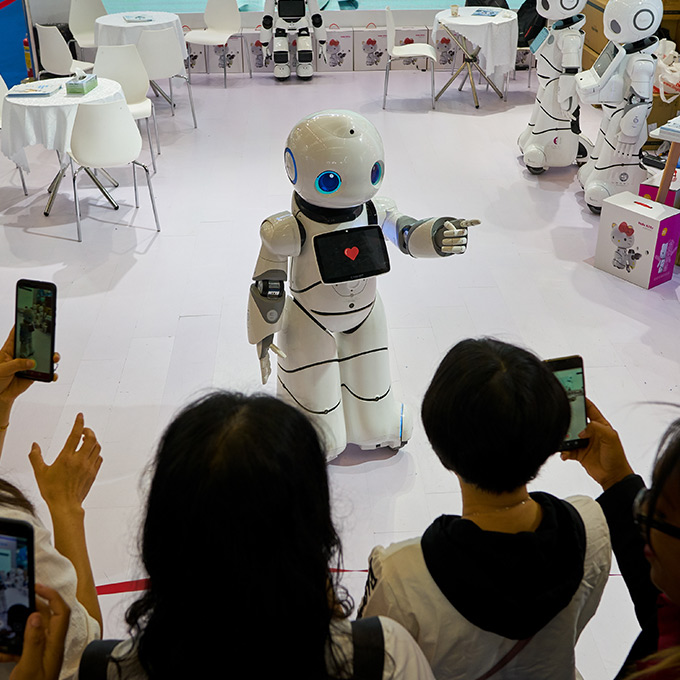 Since the end of 2000s, a plethora of initiatives and programs have been set-up to improve the Chinese innovation landscape, to strengthen and integrate the different spheres, from basic research to applied product innovation, and to catalyze dynamic entrepreneurship for a new culture of innovation. But if one were to look just below the shining surface, some fundamental problems in China’s innovation regime that hinder China’s innovation ambitions become obvious.

Markus Taube, Chair for East Asian Economic Studies at University of Duisburg-Essen, takes a look at Chinese discussions on unresolved domestic obstacles and challenges to establish a world-class innovation regime in China

Xi Jinping and the self-fulfilling prophecy of "two-faced individuals" 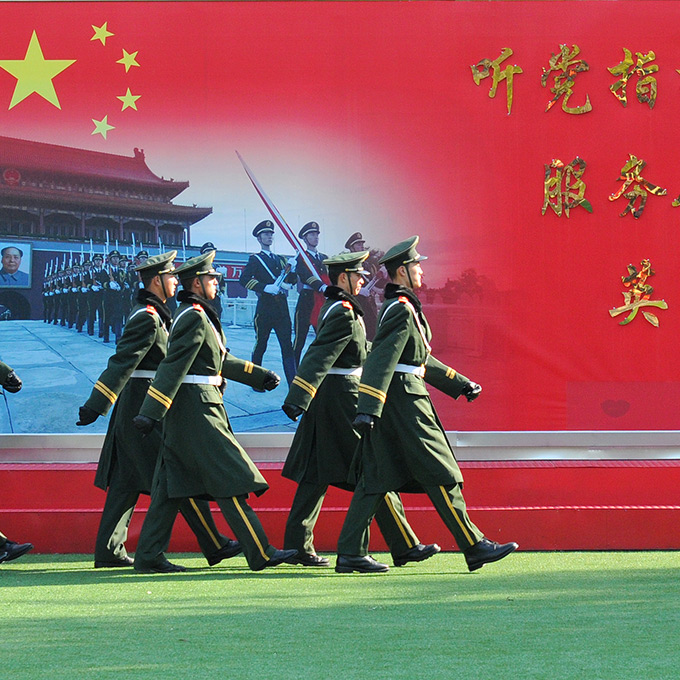 A close reading of Xi Jinping’s speeches, of party documents, scholarly articles and media coverage of the "Two-Faced Individuals" phenomenon suggests an increasing use of the term as part of the consolidation of Xi Jinping’s authority as the new paramount leader of the Chinese party-state.

Paradoxically, by conjuring up the spectre of Two-Faced individuals and pressuring cadres into incessant demonstrations of true beliefs in the New Era canon and heart-felt loyalty towards the party. The party appears to increasingly antagonize its members, thereby creating a self-fulfilling prophecy of disloyalty and dissent.