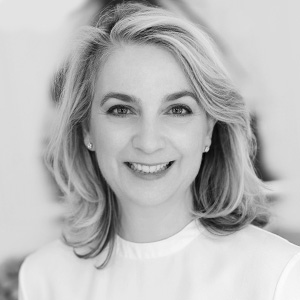 Marie-Pierre de Bailliencourt holds a Ph.D in Geopolitics from Université Paris-Sorbonne after having completed Ph.D studies at Johns Hopkins University.

Throughout her career she has held diverse roles related to strategy, operations and international affairs, in both public and private environments, with a focus on technology and geopolitical matters. Her professional experience began in the Office of the UN Secretary General in 1995. She then moved to the private sector in a leadership role conducting the international development and M&A at Rexel and was a consultant at McKinsey in the early 2000s. From 2004 onwards, she held various high level management positions : Vice-president Industries at Dassault Systèmes, Deputy Managing Director at Bull and Deputy CEO at Naval Group.

Her passion for academic reflection led her to maintain close ties with some of the most influential French academic universities/institutions. She is the author of a "Traité pratique de négociation" and has been teaching Public Affairs at Sciences Po Paris for several years. Her background reflects her interest in sovereign issues and complex environments.

Marie-Pierre de Bailliencourt is on the Groupe La Poste’s Board of Directors and is Chair of its Quality and Sustainable Development Committee, where she represented the French State and now represents the CDC (Caisse des dépôts et consignations). She is also an independent Director of ComGest and Exclusive Networks. These three French companies are representative of today's social, economic and technological environments.