When In Doubt: Vaccine Hesitancy in Europe 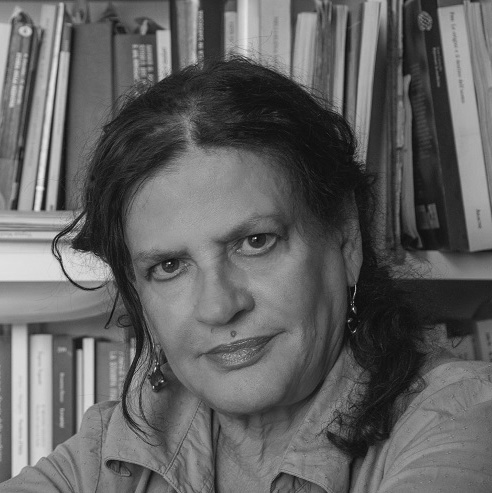 It is now more crucial than ever to understand the social, cultural, historical and psychological factors that are encouraging or inhibiting vaccine adoption in Western European countries. The recent hyper-transmissible Delta variant, which risks disrupting the progress made against the pandemic so far, has brought the central theme of vaccine hesitancy to the forefront. The reaction has been stronger than expected, as shown by the recent demonstrations in France and Italy. Thousands have taken to the streets to protest against the health pass and the vaccine being made obligatory for doctors, nurses and health workers. How far back can vaccine skepticism be traced and how has it changed during the Covid-19 pandemic?

Recently, a Flash Eurobarometer survey, commissioned by the European Commission and carried out at the end of May 2021, divided its respondents into two groups: the ‘high vaccine acceptance’ group and the ‘more hesitant’ to get vaccinated against Covid-19. In this smaller hesitant group, 10% would like to get vaccinated ‘some time in 2021’, 6% may get vaccinated ‘later’, and 9% ‘would never’ get a Covid-19 jab (12% Austria, 11% France, 8% Germany, 6% Italy). Even if we assume that a part of the respondents who reported that they want to get vaccinated 'some time in 2021' or 'later' did so in the last two months, the share of ​​vaccine hesitancy remains quite large. It might be even larger than these figures show, judging by the crowds protesting in many large European cities, not to mention the threatening slogans and disturbing photos. In one of these protests in Italy, one person showed off a photo of the Auschwitz gate. Next to the infamous "Arbeit macht frei" inscription ("Work sets you free"), you could make out the slogan "Vaccines set you free". Another protester in Marseille, France, did not hold back when they wrote "Notre pays devient totalitaire" (our country is becoming totalitarian), while "À bas la dictature sanitaire" (down with the health dictatorship) was spotted in Montpellier.

However, according to scientists, for the global effort against the Covid-19 to be successful and for life to return to anything resembling ‘the past’, an effective and comprehensive vaccination program is necessary. A gigantic international effort is now underway to deliver this key objective, but without sufficiently high rates of population immunization, the virus is likely to remain endemic. The exact threshold is not yet known, but it seems that it will be necessary for countries to achieve a vaccination rate of around 80-90% of the population to attain so-called "herd immunity" against the Covid-19. The amount of vaccine skepticism strays us further from this goal and is worrying for many reasons. Unlike other medication, vaccines must work at individual and societal levels to be effective.

A history of vaccine opposition

Vaccine hesitancy runs like a red thread in the history of vaccination. Since the end of the eighteenth century, there has been individual and collective opposition to the vaccine, based on arguments ranging from cultural to religious, from ethical to political. In 1796, Edward Jenner realized that small doses of cowpox could protect against smallpox, and that it could be transmitted from one person to another as a deliberate protection mechanism. This technique that later came to be known as vaccination was quickly accused of countering the will of providence. People became immediately fearful of the possible consequences of receiving biological matter originating from cows and opposed vaccination on religious grounds. In the United Kingdom, the 1853 Vaccination Act made vaccination against smallpox compulsory. This in turn led to vehement opposition and protest marches in the name of freedom of choice.

14%, 23% and 24% of the British, German and French public, respectively, said they probably or certainly would not get vaccinated.

Opposition continued even when Louis Pasteur carried out his first experimental vaccination tests for rabies in the 1880s and advances in microbiology ensured a scientific basis for the extension of vaccines. It has carried - more less vehemently, between the nineteenth and twentieth centuries - until the present day with ever new arguments: the vaccines have been accused of causing adverse effects or even new diseases worse than the original ones.

In the spring of 2020, when the pandemic struck, the announcement of the vaccine did not evoke the expected reaction. In fact, it was quite different from the triumphal one that followed the announcement of the American medical researcher Dr. Jonas Salk in April 1955, who went on national radio to say that he had successfully tested a vaccine against polio. While the polio vaccine immediately gained overwhelming public acceptance, this did not happen last year after the first positive data from the phase I/II study of the Covid-19 RNA vaccine, or when studies showed that the vaccine was 95% effective in preventing symptomatic Covid-19. Instead, upon the first talks of a vaccine, a new wave of skepticism took shape. A cross-border survey conducted by Kantar in May 2020 found that 14%, 23% and 24% of the British, German and French public, respectively, said they probably or certainly would not get vaccinated. Moreover, a survey carried out by Imperial College London in November 2020 found that, in Germany and France, "only a minority of the public across major economies will ‘definitely’ take a vaccine for Covid-19 when it becomes available".

Comparing then and now

What explains this difference in the initial reaction? It must be said that in the second post-war period, between the 1940s and 1950s, there was hope and a deep respect for science and scientific discoveries. For the first time, antibiotics gave hope for the elimination of infectious diseases that had spanned the centuries and decimated populations. The polio vaccine strengthened the social consensus on the reliability of scientists.That remains equally crucial today: the role of scientists in building trust in vaccination is key. A study in Nature Human Behaviour stated: "Our key finding is that, in countries where trust in science is high, people are also more confident about vaccination, even accounting for their own level of trust in science". In other words, there are clear links between the mistrust in science and the doubts over whether Covid-19 vaccines, developed too quickly, are safe. The incredibly timely development of the Covid-19 vaccine may give off the impression that scientists have favored speed over everything else, even though researchers around the world had started to work on the development of the vaccine since the early phases of the pandemic.

The study published by Kantar found that the main concerns about the Covid-19 vaccine relate to the lack of sufficient evidence on its safety and mistrust of its creators, scientists, manufacturers and distributors. Among European countries, France stands out with the lowest trust level, with a total of 24% of people having no confidence in the vaccine.

France stands out with the lowest trust level, with a total of 24% of people having no confidence in the vaccine.

What further bolsters vaccine hesitancy today is its presence and propagation on the Internet, on social networks or online fora that have replaced the brochures of 19th century British anti-vaccination Leagues. These platforms amplify the doubts about the safety of vaccines (the same that worried parents at the time of the cowpox inoculation), anxieties about microchips or the belief that the vaccine is a great government conspiracy.

The reasons for vaccination hesitation are manifold. The opposition to the vaccine is an ancient phenomenon. However, the threat it represents at this stage of the pandemic is particularly serious in countries where refusal and reluctance are more widespread. That in itself links back to the specific history of each country. Though the vaccines have been shown to be resistant to the new variants, they remain largely effective in preventing severe symptoms of Covid-19. As they become increasingly available across the EU and countries continue to implement their vaccination strategies, it is more important than ever to understand the phenomenon of vaccine hesitation, how it has evolved throughout history and how it manifests itself today. This then allows us to better understand how, particularly in countries like France where the rate of skepticism is higher, people hear about vaccines, who they trust for information and how they interpret what they hear. It is now up to experts, researchers and health authorities to allay fears and regain public trust by urgently introducing new communication strategies and ways to address the lack of trust in the Covid-19 vaccine, before the danger takes on greater dimensions.

See also
Coronavirus
Past the Virus - Containing Pandemics Throughout History
ARTICLES | 29 June 2021 | Eugenia Tognotti
The history of pandemics is rife with examples of how the past informs the way we respond to health crises today. In March 2020, the world went into lockdown, but similar measures have been used before, with effects that are not unlike those we are experiencing today under Covid-19. In this second...
Next
Past the Virus
Dossier |  July 2021
Next
SIGN UP FOR OUR NEWSLETTER
for a handpicked selection of analyses each week Yes please
Dossier |
Next
Publication -
Next
...
Next
Séminaire réservé exclusivement
à nos entreprises adhérentes
Restricted to
member companies
Next