Towards a New Era for the British Military 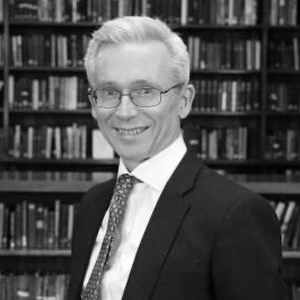 A post-Brexit world is slowly starting to become clearer to visualize, for the United Kingdom and the rest of Europe. As a part of this process, the country is defining the geopolitical role it wants to play with regards to other big powers. One of the most noticeable signals has been the recent announcement of a £16.5 billion increase in the defense budget, coupled with a promise of substantial modernization. While the Integrated Review meant to detail the UK’s foreign policy and defense strategy will not be published until next year, Malcolm Chalmers, Deputy Director-General of the Royal United Services Institute for Defense and Security Studies helps us understand what this significant defense budget increase entails for the country.

How do you interpret the recent announcement of a £16.5 billion rise in defense spending over the next four years? Why now, amidst Brexit and the Covid-19 crises?

This reflects a substantial increase in resources for defense, and the largest sustained increase in core spending (that is, excluding operational costs) since the early 1980s, amounting to some 9.3% in real terms between 2019-2020 and 2024-2025. As a percentage of GDP, the UK is spending 2.43% this year (heightened because of the GDP slump) and will still be spending 2.2% in 2024-2025.

The increase is more than I had expected, and the explanation lies in several factors. First, a determination to emphasize that the UK remains an indispensable defense ally, both to the new Biden administration and to our European allies. Second, an awareness of growing concerns over major power competition, both in relation to Russia and China, and the need to keep pace with new threats as they emerge in the next decades. Third, in parallel, the government has announced a significant cut in overseas aid spending, abandoning the 0.7% target and taking £4 billion out of the annual budget next year. This is roughly equivalent to the extra resources devoted to defense, and seems to presage a more permanent shift in international priorities from aid to defense.

[There is] a determination to emphasize that the UK remains an indispensable defense ally.

The explanation for this shift seems driven as much by domestic politics - a belief that it plays well with the Conservative’s new cross-class coalition of voters – as by a sense of relative effectiveness of the two policy instruments.

Prime Minister Boris Johnson said his defense modernization package would "end the era of retreat". How do you assess the announced priority on shipbuilding, space, cyber and artificial intelligence in this regard? Where can we expect cuts?

We will not know the details until the Integrated Review comes out next year. It is already clear that almost all the extra money will go on the capital budget – rising by 50% in four years – leaving the day-to-day budget falling in real terms. This likely means less spending on personnel, with both real pay levels and troop numbers likely to fall. In terms of increases, the biggest gainers seem likely to be combat air, nuclear force modernization and – on a much smaller scale – cyber, new frigates, and broader R&D (including AI). It remains unclear what will happen to Army modernization, and this seems likely to be one of the harder parts of the Integrated Review.

What can be expected from the long-awaited Integrated Review meant to detail the UK foreign policy and defense strategy, that will not be public until next year?

I expect this to focus on how the UK will remain an outward looking foreign policy actor, backed by strong defenses, and with a more global perspective than in recent decades. It should also announce more detail on specific defense choices. While there will be a more elaborated Indo-Pacific strategy, I would also expect a clearer articulation of the UK’s role in Euro-Atlantic security, as well as a clear statement on nuclear policy (the equivalent of the French President’s separate nuclear speech).

The biggest gainers seem likely to be combat air, nuclear force modernization and – on a much smaller scale – cyber, new frigates R&D.

See also
Europe / World
Round Two of Covid-19: the UK’s Strategy Against Further Lockdowns
Three questions to Eva Thorne
INTERVIEW | 18 November 2020 | Eva Thorne
The Covid-19 crisis management of European countries reveals their structural weaknesses and strengths. It unveils not only the degree of robustness of their health system, but also the effectiveness of their digital system, the resilience of their emergency management system, the level of public...
Next
Europe / World
Boris Johnson, the Antithesis of Margaret Thatcher?
BLOG | 23 November 2020 | Dominique Moïsi
They may have led the same political party, but everything else places Boris Johnson as the polar opposite of his revered Conservative predecessor, Margaret Thatcher. Her determination serves to underline his own amateurism. And although Johnson will inevitably go down in British history, it will...
Next
SIGN UP FOR OUR NEWSLETTER
for a handpicked selection of analyses each week Yes please
Dossier |
Next
Publication -
Next
Europe / World
...
Next
Séminaire réservé exclusivement
à nos entreprises adhérentes
Restricted to
member companies
Next