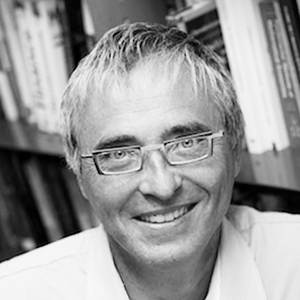 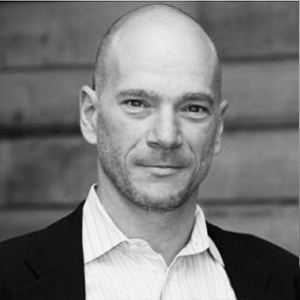 Researcher and founder of the MIT Initiative on the Digital Economy

Is the protection of the environment compatible with economic growth? A conflicting interrogation that led to various theories and questionings about the appropriateness of our current model. Two experts on the matter, Christian Gollier, Managing Director of the Toulouse School of Economics and author of the book Le climat à la fin du mois, and Andrew McAfee, researcher and founder of the MIT Initiative on the Digital Economy, author of the bestseller The Second Machine Age and the book More from Less have offered to share their thoughts on the question.

Does the current form of capitalism need to be rethought to tackle climate change? Are free-market economy solutions viable?

The last fifty years have demonstrated that in rich countries like France and the U.S., the simultaneous combining of economic growth, increased prosperity and the reduction of pollution levels is possible. Greenhouse gases are another form of pollution. Because we have met great success in dealing with pollution in the past, it would be both useless to redesign the current model and a great waste of time to rethink the policies that we know work.

I think the most efficient policy for dealing with climate change is carbon taxation; we have to make pollution expensive. I believe the carbon dividends plan, proposed by the Nobel Memorial Prize in Economic Sciences William Nordhaus, to be the most effective solution. The proposal is simple: the government taxes companies for their carbon emissions and then redistributes the money raised to all citizens. On the one hand, it is much more politically popular than a tax because people get a carbon dividend out of it. On the other, it is extremely efficient at reducing pollution levels because companies do not want to pay. At the end of the day, it is a win-win situation for everyone, the environment included.

Are individuals ready to make sacrifices in their consumption to reduce CO2 emissions? The answer is no.

It is fair to say that capitalism is at the origin of the large increase in consumption that the western world experienced during the last 200 years. This should definitely be considered as a good thing. The degrowth movement claims that capitalism is guilty for generating the climate change problem, and this is a legitimate reason to dismantle it. The problem is that any alternative allocation mechanism, such as socialism or the Green New Deal, would probably not be better in terms of CO2 emission.

Are you rather optimistic or pessimistic on public decision-makers' capacity to enforce change? What role should companies play?

The last fifty years make me optimistic that governments can act on pollution. Even now in countries like China, the air is much cleaner than before. We have accumulated clear evidence that governments have the ability and the necessary effectiveness to implement positive change through policies. Still, they can choose not to take action.

Why would they? Because the status quo is very powerful and some governments are experiencing heavy pressure not to take action. The "Yellow Vest" movement in France created in response to Emmanuel Macron’s decision to increase gas prices is a clear example of the kind of pressure governments are facing.

In a nutshell, we know how to deal with climate change but we are not yet taking action on a practical level. What is the solution then? We have to work on our communication in two directions:

Economists tend to be pessimistic about Humanity’s ability to fight climate change. This global externality is a perfect example of the free-riding problem: a country that would decide to be ambitious to abate CO2 by implementing a large carbon price in its economy would bear 100% of the costs of the policy. At the same time, it would reap none of the benefits. Economists and game-theorists predict that at equilibrium, all countries would do nothing. Frankly, one should recognize that this dismal prediction is validated by the observation. After 25 COPs, we continue to see an acceleration of global CO2 emissions. Politicians such as Trump and Bolsonaro are enthusiastic free-riders.

So, the Plan A of a universal carbon price imposed by responsible governments has failed. Plan B would be to rely on responsible corporations and consumers. There are some actions there. Many firms have implemented an internal carbon price for their day-to-day and strategic decisions. The financial sector on both sides of the Atlantic is contemplating the possibility to divest from brown industries. This has some (marginal) effect on the cost of capital of these industries, which may serve as an incentive to reduce further their CO2 emissions.

At the end of the day, the key factor that will determine whether Humanity will fail or not in the face of climate change is technological. A high carbon price should provide the right incentive for economic agents to innovate.

What is the state of the political debate around climate change in the U.S. and in France? Is there any political equilibrium possible?

At the level of national politics in the U.S., climate change is really on the table, in part because Donald Trump does not believe in climate change. The President even stated it was a "Chinese hoax".

However, we should stay hopeful as we have evidence that change in the U.S. can occur really fast. If one would have told me fifteen years ago that gay marriage and marijuana would be legal today I would not have believed him or her. Change is possible and we cannot give in to pessimism. We have to keep pushing for smart changes, changes that history has proven to work.

We have to keep pushing for smart changes, changes that history has proven to work.

Regarding the state of the debate in France, I am less qualified to speak. Yet, the debate is obviously more intense as climate change is, and rightly so, at the very top of the political agenda. However, once again, we are still not advocating for the good solutions.

As a growing segment of the population becomes frustrated by the political inaction, some leaders, from Greta Thunberg to Alexandria Ocasio-Cortez, are pushing towards more climate activism. I am skeptical about the outcome of these emerging dynamics. Many concerned citizens believe in the utopia of a happy energy transition.

As seen in France, most "Yellow Vests" who were not ready to pay for energy transition were at the same time condemning actively the government for its climate inaction. Today in Europe, there isn’t a single politician who does not play with this green utopia. The perfect example is the Green New Deal, in its European and American versions. I don’t think we can win the World War against climate change on the basis of this big lie, but we have no Churchill at hand anymore.

See also
Europe / World
Air Pollution in India and China: Out of the Smog?
Entretien croisé avec Mathieu Duchâtel et Christophe Jaffrelot
INTERVIEW | 25 November 2019 | Mathieu Duchâtel | Christophe Jaffrelot
There were more than a 1000 micrograms of fine particles per cubic meter of air in 2013 in Beijing, more than 800 in early November in New Delhi. Given that WHO recommends a maximum of 10 micrograms as annual average concentration, the figures inevitably call for a response from the public...
Next
Europe / World
European Commission: the 100-Day Challenge
ARTICLES | 11 December 2019 | Alexandre Robinet-Borgomano
The new European Commission chaired by Ursula von der Leyen took office on December 1 2019. As the President of the Commission recalled in her presentation of the new College of Commissioners, "My message is simple: Let us get to work". In recent years, the European Commission has devoted most of...
Next
SIGN UP FOR OUR NEWSLETTER
for a handpicked selection of analyses each week Yes please
Dossier |
Next
Publication -
Next
...
Next
Séminaire réservé exclusivement
à nos entreprises adhérentes
Restricted to
member companies
Next