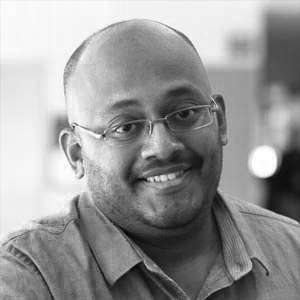 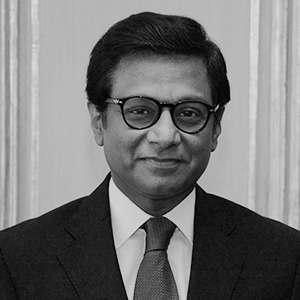 Gotabaya Rajapakse won Sri Lanka’s Presidential Elections on November 16. This is not the first time Sri Lanka has had a Rajapakse as president. Mahinda Rajapakse, Gotabaya’s brother, also served as president from 2005 to 2015. Under the presidency of Rajapakse, Sri Lanka became the recipient of significant Chinese capital to fuel a range of infrastructure projects designed into China’s Silk Road initiative. Yet, the country lost the ownership of some territories, taken as evidence of the Chinese debt trap diplomacy's narrative. The victory of Gothabaya Rajapakse might again head the country in the same direction. The former ambassador of India in France, Mohan Kumar, and Amarnath Amarasingam, an expert on Sri Lankan politics, give their insights on this landmark national election while taking into consideration China’s geostrategic intentions.

Is this election decisive for Chinese BRI projects in Sri Lanka?

For the Chinese BRI, Sri Lanka’s elections were important but not decisive. It is true that Sri Lanka is part of BRI and two projects are important in this regard. One is the Hambantota port project which, if anything, has attracted negative publicity because of Sri Lanka’s inability to pay back the debt and its subsequent leasing of the port to China for reportedly 99 years. The expression "debt trap" therefore applies to this case. The second one, the Colombo financial city, appears to be progressing well. But BRI has now become so vast and big that this election, in the larger scheme of things, will not be "decisive". Important yes, but decisive, perhaps not!

It is not entirely clear how decisive it will be. The election of Gotabaya and now the installation of his older brother Mahinda as the Prime Minister once again put the entire country in the hands of the Rajapakse family, which has historically been very pro-Chinese investment. However, they did get criticized for not really seeing the true intention behind Chinese investment, which was basically to push countries into perpetual dependency and debt. We will have to wait and see whether the brothers take the country once again down this road.

What influence has the international community had on the presidential campaign?

This election, at the end of the day, was determined largely by local factors. And these were: the April Easter bombings and the consequent impact on the economy, the in-fighting between the President and the Prime Minister in the previous regime and last but not least, the desire of the people for a strong leader. The Sinhalas, in particular, feared that Sri Lanka would go back to the bad old days of terrorism. Hence the vote for Gotabaya Rajapakse who is remembered mostly for vanquishing the LTTE, is another reason why a large number of Tamils and Muslims did not vote for Gothabaya. Not at all sure that the international community had much impact on these elections.

On the one hand, there was of course a lot of activism around the world by the Tamil diaspora who, for painfully real reasons, were worried about another Rajapakse presidency. Western governments around the world were also worried about what it might mean for minority rights, increased violence, and even their economic relations with the country. Most of this clearly seems to have little impact on at least 7 million or so voters who decided that Gotabaya was the best candidate.

Western governments around the world were also worried about what it might mean for minority rights, increased violence, and even their economic relations with the country.

Even if these voters are personally in favor of disappearances, arbitrary arrests, harassment and targeting of journalists, anti-Muslim violence, and land seizures in Tamil areas, they at the very least decided that it wasn't a deal-breaker - that these things were happening somewhere else in another part of the country to another set of people. I think part of the reason for this is because of the Easter attacks and the impact it had on the country. Sri Lankans in the capital cities hadn't experienced bombs going off in their streets for over a decade, and it happening again brought back painful memories and deep wounds.

I'm speculating here, but I think this brought national security to the fore in a big way, and many decided that Gotabaya - who brought the war with the LTTE to an end - is also the best candidate to help them navigate this new threat.

How will the election affect Sri Lanka's strategic positioning between India and China?

Sri Lanka is indeed strategically located in both Asia and the Indian Ocean. But it is not easy to predict what will happen. For instance, vis a vis China, I think there has been some sober re-thinking in Sri Lanka. True, Sri Lanka will seek Chinese investment in economic projects and it is their sovereign right to do so. But when it comes to security, counter-intelligence and people to people ties, as well as trade and investment,  both Sri Lanka and India may be expected to strengthen these further.

It is not easy to predict what will happen. For instance, vis a vis China, I think there has been some sober re-thinking in Sri Lanka.

As one Sri Lankan interlocutor put it, India is a close relative, not merely a friend!  The quick visit of the Indian Minister of External Affairs to Colombo few days ago and the Sri Lankan President's visit to Delhi on November 29 to meet PM Modi may be seen against the backdrop of India reaching out to the new leader in Sri Lanka and an attempt to rejuvenate their close ties.

I think the election of the Rajapakses will once again create ripples around the region and abroad. If the violations we saw during the earlier Rajapakse period re-emerge, we may see, for example, a lot of activism in parts of India. It's still too early to say the tone that Gotabaya will set for his administration - most people are drawing conclusions based on the family's previous reign, which was fundamentally corrosive to the country. I'm not too optimistic that he has changed course entirely, but we shall wait and see.

See also
Europe / World
China Trends #2 – China’s String of Ports in the Indian Ocean
ARTICLES | 25 June 2019 | Angela Stanzel
Chittagong in Bangladesh, Gwadar in Pakistan, Hambantota in Sri Lanka, Kyaupkyu in Myanmar, Malacca in Malaysia, Mombasa in Kenya. The Indian Ocean region is a key recipient of China’s investment in foreign commercial ports. Chinese scholars recognize the far-reaching strategic significance of...
Next
Europe / World
Air Pollution in India and China: Out of the Smog?
Entretien croisé avec Mathieu Duchâtel et Christophe Jaffrelot
INTERVIEW | 25 November 2019 | Mathieu Duchâtel | Christophe Jaffrelot
There were more than a 1000 micrograms of fine particles per cubic meter of air in 2013 in Beijing, more than 800 in early November in New Delhi. Given that WHO recommends a maximum of 10 micrograms as annual average concentration, the figures inevitably call for a response from the public...
Next
SIGN UP FOR OUR NEWSLETTER
for a handpicked selection of analyses each week Yes please
Dossier |
Next
Publication -
Next
...
Next
Séminaire réservé exclusivement
à nos entreprises adhérentes
Restricted to
member companies
Next