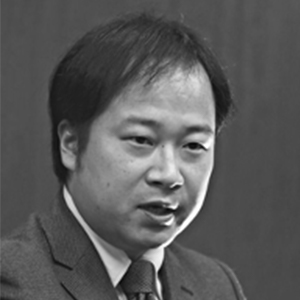 Professor of global studies at Meikai University, Senior fellow at the Japan Institute of International Affairs

Air force and naval operations in the Taiwan Strait, Coast Guard presence in the East China Sea, expansion of Chinese control and US maritime surveillance in the South China Sea… East Asia’s hotspots are particularly tense in a context of open strategic competition between the US and China. We spoke to Tetsuo Kotani, professor of global studies at Meikai University and senior fellow at the Japan Institute of International Affairs, for his assessment of risks in a region where "the Cold War has not ended".

East Asia is marked by intense naval and coast guard activity, especially around the region’s three maritime hotspots (the Taiwan Strait, the East China Sea and the South China Sea). Are the risks of incidents well managed?

An agreement had been reached between China and Japan, with the aim of avoiding clashes between the two navies in 2017. Both sides went along with the idea of a crisis management and communication mechanism to prevent air and sea clashes in the East China Sea. This mechanism has only been partially working so far. Tokyo and Beijing have recently tried to establish a direct hotline between the two military leaderships as well as regular consultations between both armies. But there has been until now only two consultations between the two militaries (the third consultation was held in late March).

There is currently no sign of interest on the Chinese side to improve existing crisis management mechanisms or create new ones.

The 2+2 summit between the US and Japan was an occasion for both Tokyo and Washington to firmly denounce China’s unilateral actions and the challenge it is posting to the status quo in the region, by "naming and shaming" together the country, thereby sending a strong signal to Beijing. The Allies must prepare for any eventualities. It is now very clear that the new Biden administration is sending a message of support to its Asian allies. But there are issues. South Korea is more reluctant to blame China. The lack of support from Seoul on the question of the denuclearization of North Korea is a matter of concern in Japan, as the Moon Jae-in government puts emphasis on the North-South Korean reconciliation instead. A similar potential obstacle or difficulty for a wider alliance on China policy can be noticed with India’s case. Although the latest Quad summit went quite well, the topics mainly focused on Covid-19 and climate change, rather than on China’s aggressive behaviour, and India does not seem to be fully on board on Quad joint China policy.

How do you see the likelihood of China choosing rationally to provoke a security crisis in the region?

As China will be celebrating three centenaries - the 100th anniversary of the founding of the Chinese Communist Party this year, that of the People’s Liberation Army (PLA) in 2027 and of the People’s Republic of China (PRC) in 2049 - Xi Jinping needs to take a tough stand on foreign policy and vis-à-vis Taiwan. Xi seeks a third term as General Secretary of Party and strengthening his position on Taiwan can certainly help him gain support within the Party.

Since 2013, China has become increasingly aggressive in East Asia, especially in the Taiwan Strait. The pressure on Taiwan is likely to grow and Tokyo and Washington are both wary of the risk of an open armed conflict with Taiwan in the five coming years. This scenario is a major security challenge for Japan. The Taiwan Strait is East Asia’s main hotspot and the other main theaters of conflict - the East and South China seas - are both constitutive of China’s strategy towards the reunification with Taiwan. The PRC’s operations in these two zones are directly linked to this strategic goal. However, a full-scale war on Taiwan is for the time being a too costly option from a military, economic and diplomatic standpoint. The PLA’s activities in Taiwan’s defense perimeter is basically a pressure campaign.

Another scenario which needs to be considered is an invasion of the Dongsha Islands, which are uninhabited islands controlled by Taiwan in the South China Sea, with no military presence and only coastguards. In comparison with an invasion of the main island of Taiwan, the Dongsha Islands are an easy target from Beijing’s perspective. This easy catch could show Xi’s determination to invade Taiwan in the foreseeable future and the absence of civilians would dissuade the US from intervening militarily. Experts in Japan and Taiwan are really worried about this scenario and ask what the American response to such a move from China would be.

Over the past years, we have been discussing whether the US and China were entering a new Cold War. In fact, the Cold War has not ended in East Asia. The US-Japan alliance was grounded in the need to respond to the crises in the Korean peninsula and in the Taiwan Strait: we are still facing the Cold War legacy and are currently getting back to the origin of the alliance.

The Cold War has not ended in East Asia.

The Allies need to prepare, but to me an effective US policy should seek to assist Taiwan in defending itself - particularly through providing technological support to Taiwan’s development of indigenous submarine capabilities - instead of directly defending Taiwan. Taiwan needs to develop more asymmetric defense capabilities to deny possible Chinese raids on its main island.

Considering this geopolitical environment, how do Japanese companies perceive the balance of risks and opportunities on the Chinese market?

Although Japanese companies have always put economic interests first, there is a clear change of mindset and Japanese businesses are becoming more and more mindful of the implications of the ongoing US-China competition and potential American sanctions on Japanese companies dealing with China. The concern here is specifically on their reported links to forced labor in Xinjiang. It is worth noting that among the G7 countries, Japan is the only country that has not taken a stance yet nor imposed sanctions to China for human rights violations in Xinjiang.

Japan’s economic bureaucracy is increasingly reflecting upon the impact of these human rights issues on the country’s economic activities in the years to come. Japan is slowly but surely adopting a decoupling approach, publicly framed as being in the name of supply chain resilience and without mentioning China. But in fact, Japan is trying to reduce its dependence on China, with financial help granted by the government to Japanese companies aiming to relocate their activities.

Japan’s position would be to try to stay away from doing business with China in high tech sectors, for instance the aircraft industry or the semiconductor industry, a sector in which Japan is not a leading player anymore, but could be interested in joining the "techno-democratic" alliance with the US, Korea, Taiwan and some European countries. This path might open up new opportunities and avenues for cooperation between Japan and European industries.

See also
China Trends #8 - Military Options for Xi’s Strategic Ambitions
Publication - February 2021
China Trends #8 by Institut Montaigne...
Next
Europe / World
From the Indo-Pacific to Alaska: The US-China Great Game
ARTICLES | 19 March 2021 | François Godement
"The first round of a boxing match": this prediction about the Alaska Sino-American meeting by Evan Medeiros, a former Obama adviser, has proven accurate. Although Chinese officials have often played last-minute theatricals on their interlocutors to gain a visible upper hand, there has never been a...
Next
SIGN UP FOR OUR NEWSLETTER
for a handpicked selection of analyses each week Yes please
Dossier |
Next
Publication -
Next
...
Next
Séminaire réservé exclusivement
à nos entreprises adhérentes
Restricted to
member companies
Next