Round Two of Covid-19: Keeping the Dutch Happy or Safe? 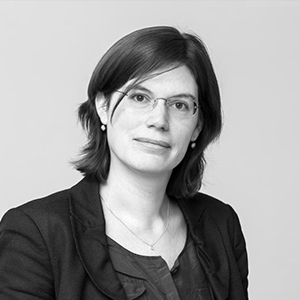 After having gone down the "herd immunity" and "intelligent lockdown" route in the spring, the Netherlands’ strategy to fight the virus and flatten out the second curve seemed to compromise its core values of individual liberties. Tighter lockdown, curfews, the shutdown of bars and restaurants: the country saw an arsenal of new measures that it had been spared during the first wave of the virus in the spring. Anuchika Stanislaus, International Affairs Officer at Institut Montaigne asked Louise van Schaik, Head of Unit EU & Global Affairs at the Clingendael Institute, the ins and outs of the Dutch current government’s strategy, its evolution and its results.

What conclusions can we draw from the management of the first wave of the epidemic and how does this assessment guide the government's current choices?

Overall, it should be admitted that the Netherlands didn't learn as much as it should have from the first wave. The government did draw certain lessons, however, that are guiding its current choices:

But this latter situation was misleading for the population, who thought they were done with this virus. Instead, the virus resurged at the end of the summer from mid-August onwards, with 10,000 infections a day. Now we have around 5,000 infections a day, with a new lockdown situation combining open schools but a reduced social life. It is, for instance, permitted to host up until 3 people in one’s house.

What the Netherlands did not initially manage very well was the testing of infected people, as we have a rather decentralized system. That includes the health system, which is mostly decentralized through regional centres (GGZ) and funding for healthcare services is largely privatized through private insurance companies. Therefore, we were always very proud that we had good health care at a cheap price, but with Covid-19, the Netherlands realized the shortcomings of its healthcare system in a number of areas. For example, we only had 1,100 ICU units when the pandemic started, whereas Belgium had 1,800.

It should be admitted that the Netherlands didn't learn as much as it should have from the first wave.

For testing we used health centers normally dedicated to children’s vaccination and check-ups of their wellbeing (the so-called GGDs). These centers were responsible for the contact research, the tracing of infections, its spread and for the testing policies. At the end of the day, they were unable to organize that well enough. The situation is better now military expertise was called upon to help with quick testing and also fast testing techniques which are now available.

The Netherlands was also a bit clumsy with the development and implementation of the national Covid-19 app. They asked a few developers to prepare a plan, none of which were up to, as they fell short when it came to data privacy. They launched an app after all, but very few Dutch people downloaded it, so it's not really of any use. The leading party of the Netherlands, the People's Party for Freedom and Democracy (VVD), is a liberal party, so they attach much value to freedom and liberal values in their approach to their crisis management. But at the same time, they are also a very conservative party. The health minister, Hugo de Jonge, is a member of a coalition-partner, the Christian-Democratic party, CDA. They wanted to have relatively strict rules for the Netherlands, though not to the extent of France and Italy. For example, having to fill in a permission form to go to the supermarket would be unacceptable for the Dutch. Once they discovered they were getting a criminal record when receiving fines because of the violation of Covid-19 rules, the people responded with anger and protest. They found the measure to be disproportionate and too arbitrary.

Protests may also appear at the end of December around the really sensitive topic of fireworks that have now been forbidden in the Netherlands, and in which it is different from other countries. The Netherlands has always had a tradition of New Year's Eve fireworks. Special shops would sell them so that everyone could make their own fireworks, and illegal fireworks bought in Belgium and Germany added to the sometimes chaotic and war-like sceneries on the evening of December 31. The police, the firemen and the hospitals have been complaining about this for years, demanding to stop and supervise this tradition, as is the case in France, where fireworks are organized and controlled. This is sure to become a heated issue in the lead up to and on December 31, as for some people shooting fireworks is as important as keeping guns is in the US for some.

What are the strengths of the national strategy to fight against the spread of the virus?

The government is constantly trying to balance off the economic interests and the health interests. They have tried to implement lockdown measures in such a way that will not affect small businesses too much, with the exception of the bars and restaurants, which will be completely closed until Christmas. All shops could stay open as long as people wear face masks inside, respecting a limit of two people inside at a time. The Netherlands like to proudly call their spring lockdown the "intelligent lockdown", as their economy was relatively spared compared to, for instance, the UK. The government’s priority was always to alleviate the pressure on hospitals, which guided the degree to which the lockdown was enforced.

On vaccines, together with France, Germany and Italy, the Netherlands made the first deal with vaccine developers, which later was taken over by the EU. A lot of money has been invested to purchase vaccines. It is estimated now that we bought about 30 million doses, while we have a population of 17 million. It could very well be the case that we have overbought. The question then arises: are we going to give some of these away for free to developing countries, or to our fellow European countries, such as the Western Balkans? Moreover, it will be a huge challenge to make the Dutch population take the vaccine, given the decreasing trust among the population. There is not much willingness to be the first to get vaccinated, especially among the youth.

One of the lessons between the first lockdown and the second was that wherever there is an outbreak, the region will have to contain it with a regional lockdown.

How is the governance of decisions structured? Is the power particularly vertical?

The Netherlands can take temporary measures but they can’t implement a state of emergency. This is not really in the culture of the Netherlands, and the population tends to have many reservations about any measures passed. Even the wearing of masks has only recently been passed by law: initially the government was hesitant, and our own Public Health Institute (RIVM) said that there was no proof as to whether the masks were really effective. At a certain point that switched, since December 1 masks are required in public in-door spaces, even by law.

One of the lessons between the first lockdown and the second was that wherever there is an outbreak, the region will have to contain it with a regional lockdown. There is an advisory body "Safety regions", public bodies that house both the Fire Department and Medical Services and there is the "outbreak management team", made up of experts from the public health agency, from universities and epidemiologists, who are constantly consulted on the policies. However, the Netherlands is simply too small to make regional lockdowns effective. This policy completely failed in the period of August - September. If you take the train, it only takes 45 minutes to get from Rotterdam to Amsterdam, or only 20 minutes from Rotterdam to The Hague: we are just too densely populated into closely connected cities to have regional approaches. The whole west of the Netherlands is one big metropol, with a few nature and rural areas in between.

It should be remembered that the Parliamentary elections which will take place in March 2021 are also on people’s minds. The Health Minister is the candidate for the Christian-Democratic party. Mark Rutte is going to run for the elections again, after having been Prime Minister for 10 years. The minister for development cooperation, Sigrid Kaag, is going to be the leader of the more leftist liberal party, Democrats 66. There are multiple elements that were not fully successful in this crisis management, such as the testing, the tracing, and the app saga. The one who is most likely to be held accountable for them is Hugo de Jonge, the Health Minister, rather than Mark Rutte, who has a high chance of winning the election, although in the Netherlands the electorate is very volatile.

See also
Europe / World | Coronavirus
Europe Versus Coronavirus - The "Intelligent Lockdown" Gamble of the Netherlands
BLOG | 7 May 2020 | Christophe de Voogd
Timeline March 6: First Covid-19-related death, in the province North Brabant. March 12: Five deaths. The government announces the first set of measures: working from home is encouraged and a ban is placed on both gatherings of over 100 people and visits to vulnerable persons. March 15:...
Next
Europe / World | Coronavirus
Round Two of Covid-19: the UK’s Strategy Against Further Lockdowns
Three questions to Eva Thorne
INTERVIEW | 18 November 2020 | Eva Thorne
The Covid-19 crisis management of European countries reveals their structural weaknesses and strengths. It unveils not only the degree of robustness of their health system, but also the effectiveness of their digital system, the resilience of their emergency management system, the level of public...
Next
SIGN UP FOR OUR NEWSLETTER
for a handpicked selection of analyses each week Yes please
Dossier |
Next
Publication -
Next
Europe / World | Coronavirus
...
Next
Séminaire réservé exclusivement
à nos entreprises adhérentes
Restricted to
member companies
Next