Public Broadcasting in France: A Reform on the Air 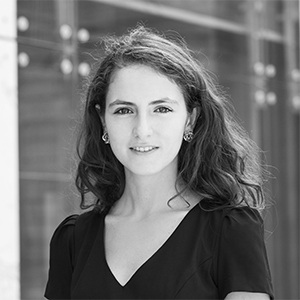 The French public broadcasting service is under scrutiny. A few months after Emmanuel Macron’s harsh words, qualifying the service as “a disgrace”, Françoise Nyssen, the French Minister of Culture, presented on 4 June 2018 the main strands of the upcoming reform of the sector. A day later, a group of MPs from La République En Marche, the French President’s majority party, published a report on the same topic.

Why is the French public broadcasting service arousing so many passions? And, first things first, how does it work?

We are family (I got all my channels with me)

This fragmented organization is unique. Most countries merely have one (e.g. the BBC in the United Kingdom) or two public broadcasting groups (e.g. ZDF for TV and ARD for radio in Germany). Of course, this is no way impacts or restricts the plurality of formats and channels within these groups: the BBC for instance, has up to 16 radio stations, and nine TV channels.

This French particularity is subject to criticism. Indeed, many argue that were France to gather all its entities into a sort of holding company, less money would be wasted, and groups would each have a unique identity, which would increase both their competitiveness and visibility. To some, this is what explains the current success of Radio France, the performance of which, in terms of audience ratings, is excellent and keeps progressing steadily. Indeed, they argue that its stations’ clear and distinct purposes, each one different from the other, are at the root of this breakthrough.

The convergence, if not the fusion, of the different currently existing entities seems to be what the French Minister of Culture is heading towards. Of course, we must bridge the gaps separating the various public broadcasting groups. Yet beware of merging for the mere the sake of it. There is a strong risk that it would only complexify the current landscape, and eat up the precious time that could be dedicated to innovation, creation, and the improvement of contents, which should be paramount.

In terms of funding, the French public broadcasting service is relatively well supported by the state. Indeed, in 2017, it received up to €3.9 billion of public contributions, which is not far off from the United Kingdom’s equivalent (€4.1 billion), half of Germany’s (€7.8 billion) and way above Belgium’s (€0.24 billion).

So far so good. Yet, the system remains too poor to adequately fund quality production and creation, let alone one that is competitive on the global scene. This can partly be explained by the fact that advertising is very regulated on French public channels: for instance, adverts are forbidden after 8:00PM on France Télévisions. While many believe allowing adverts would be a sensible way to boost the service, others think it would lead to its doom, as it would no longer be able to differentiate its offer from that of the private service. A belief embodied in what used to be Radio France’s motto: “Hear the difference”. As a matter of fact, until 2016, the national radio group was only allowed to share statements related to the “collective interest” and did not broadcast any commercials.

The digital revolution, which, of course, is turning the whole sector upside down, is yet another challenge for the funding model of the French public broadcasting service. Indeed, the latter is partly funded by a television license fee, i.e. a payment required for households possessing a television set. Therefore, the proliferation of new supports and devices on which to listen to the radio or watch TV, is a factor the service needs to take into account. Indeed, does it not seem unfair that, Jane, who possesses a television set, yet only watches shows on private channels, contributes to the funding of the public broadcasting service, while Ben, who watches public TV shows on his phone daily, does not pay a dime? The outline of the reform presented on 4 June does not tackle this topic, nor that of publicity, and the Minister of Culture confirmed neither would be addressed before 2019.

The public broadcasting service in France is undergoing a real identity crisis. It must both increase its audience and fulfill its cultural and educational role. Unfortunately, the strategies that need to be deployed to reach these two distinct goals do not always go hand in hand.

Add to that the fact that today, private broadcasting groups in France are strong, and propose an offer very similar to that of public groups. The latter’s initial purpose - to inform, to educate, and to entertain - is therefore less and less of a distinctive feature of their own. It is important that the public service’s mission be defined in the light of the competition it faces, to enable it to deliver a one-of-a-kind type of content.

Digital technologies do not only question the public service’s funding model, as aforementioned. They also require that its contents and formats be reinvented. As of now, France Télévisions only dedicates 3% of its funding to digital content, as opposed to 12% for the BBC. This needs to change, and the French Minister of Culture is well aware of it. A common platform for all public media to analyze and counter fake news, a new cultural and artistic media gathering the offer of six public groups, and a common platform for youth are among the measures envisaged to rejuvenate the French public broadcasting service and help it flourish in the 21st century.

Other measures have been announced by Françoise Nyssen: the development of regional programs, the scrapping of the children’s channel (France 4) from terrestrial television… The ways in which the announced guidelines will be implemented are yet to be specified - this will be at the very heart of the mission of a taskforce set up by the Minister. It should issue its findings mid-July. Stay tuned.

See also
General
Facebook and the Challenges of Online Information: Three Questions to Gilles Babinet
BLOG | 30 May 2018 | Institut Montaigne
Last week was an emotional week for players in the world of technology. On Tuesday, 22 May, Facebook CEO, Mark Zuckerberg, addressed the European Parliament. One month after a similar exercise in front of the US Senate, the relationship between the governing body and the California company remains...
Next
General
Social Protests in France: How Will Macron Cope? 3 Questions to Marc Lazar
BLOG | 30 April 2018 | Institut Montaigne
For weeks now, social protests have been rising in France. For instance, SNCF rail workers have been fighting to preserve their special status, currently threatened by a reform announced by the government, students have been occupying universities to protest against a bill implementing a more...
Next
SIGN UP FOR OUR NEWSLETTER
for a handpicked selection of analyses each week Yes please
Dossier |
Next
Publication -
Next
General
...
Next
Séminaire réservé exclusivement
à nos entreprises adhérentes
Restricted to
member companies
Next