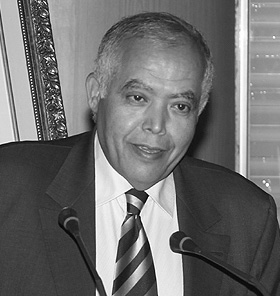 Senior Fellow at the Policy Center for the New South

Morocco’s parliamentary elections, which took place on September 8, 2021, marked the defeat of the ruling Justice and Development Party (PJD). Winning only 13 of the total 395 seats in Parliament, the party lost its position as Head of Government to the National Rally of Independents (RNI). According to Abdallah Saaf, Senior Fellow at the Moroccan think tank Policy Center for the New South, the Islamists’ stinging setback may have been particularly severe, but real political change is likely to be limited.

What explains the collapse of the PJD, the Islamist party that had been leading the government since 2011?

The PJD was overly confident, even arrogant, in the run-up to the legislative elections. Its members thought they could win a majority despite the new voting system, which is based on regional constituencies (rather than a national electoral list), hence favoring small parties. Instead, Moroccans expressed a need for change, as the PJD had been in power for two terms, since the Arab Spring of 2011. Corruption and other reprehensible behaviors by elected officials further contributed to the PJD’s downfall. Although scattered, miscellaneous facts about elected officials were reported in the media and helped drive a wedge with the population. In August 2016, for instance, two Islamist officials were arrested on adultery charges.

In addition, the policies pursued by the PJD over the past decade have not been well received by the public. The party has especially been accused of showing inconsistency. Contrary to the principles it advocated, the party has in fact drawn closer to Israel by signing an agreement to normalize relations with the country. Moroccans were not impressed by the PJD’s social policies either. The party pursued a relatively classical neo-liberal approach and has not set itself apart from previous parties in power. Regional policy, which can be described as "communal Islam", further failed to meet citizens’ expectations.

The collapse of the PJD is also tied to the very essence of Islamism: moralistic discourse.

The collapse of the PJD is also tied to the very essence of Islamism: moralistic discourse. In 2011, the party won the elections thanks to its rhetoric against corruption and the deplorable behavior of elites (fêssad in Arabic). However, this moralistic discourse ultimately backfired because it limited the PJD’s ability to take initiatives.

Politicians, especially at the local level, had to ensure that the principles of Islam were respected before proposing projects; many reforms suffered delays as a result. Lack of institutional trust also became an important obstacle to change.

Finally, the Covid-19 crisis has also profoundly weakened the party. The policy measures taken during the pandemic were decided by the king, who holds responsibility for strategic policy orientation according to the country’s constitution. As such, it was Mohammed VI who managed the lockdowns and vaccine deliveries, as well as all the social measures that ensued (allowances for those in lockdown and for the many undeclared workers). The welfare state was embodied by the monarchy, not the government, which therefore did not encourage the public to vote for the PJD.

The PJD’s result in the last election, while surprisingly low, was predictable. In short, it was a protest vote.

The National Rally of Independents (RNI) took the lead in both legislative and local elections. How do you explain the rise of this party? How has the electorate changed?

The RNI was able to reap several benefits. First of all, the political context worked in their favor. They took advantage of the state and administration’s favorable stance towards them, as well as the people’s weariness towards the Islamists.

The party also received substantial financial resources compared to others, which were mainly invested in the RNI’s communication campaign. While state funding is regulated, the RNI enjoyed a large financial lead through the many notable figures and entrepreneurs at its head, most of whom are members of the General Confederation of Moroccan Businesses (CGEM), the most important representative body for the country’s private sector.

Moroccans felt a need for political renewal, and the RNI was best positioned to respond to that call.

Finally, the party has been subject to a real craze in public opinion and in particular in foreign press, which has dubbed it "the billionaire’s party". Moroccans felt a need for political renewal, and the RNI was best positioned to respond to that call. Unlike the Authenticity and Modernity Party (PAM), which has been criticized for its lack of both leadership and clear political aims, the RNI revamped its politics and projected a positive image.

King Mohammed VI has appointed businessman Aziz Akhannouch, leader of the RNI, as Prime Minister and tasked him with forming a new government. What can we expect from the new majority?

Morocco’s politics have not changed significantly since the late 1990s. Political parties take turns holding power while the configuration within the government remains the same. So there will probably not be any major changes compared to the previous government. However, local initiatives will certainly be more numerous and public policies more dynamic, especially on the economic front. Relations between the RNI and the monarchy will also be better than with the PJD, since the party is close to the king. But apart from these few aspects, no serious disruption is expected.

There should be no major changes in foreign policy, either, as that also falls within the king’s authority. There may be slight adjustments depending on the changing positions of allies, but on the whole, foreign relations will continue in the direction previously set by the PJD. As such, the relationship with Israel is expected to remain stable, and as is overall solidarity with the Arab world. Relations with the European Union are also likely to remain as they are. That said, Morocco is concerned about the upcoming presidential elections in France, with which it has an especially close partnership. Depending on the outcome, ties between the two powers could be weakened.

See also
Europe / World
Iran’s Presidential Elections: A Strategic Paradox
ARTICLES | 15 June 2021 | Michel Duclos
The Islamic Republic of Iran will hold its next presidential elections on June 18. Most observers, though, consider it actually took place several weeks early, on May 25. On that day, the Guardian Council - the body responsible for deciding which candidates are authorized to run in Iran’s...
Next
Europe / World
Will Upcoming Elections Bring Any Change to the Palestinian People?
Three questions to Dr. Alaa Tartir
INTERVIEW | 3 February 2021 | Dr. Alaa Tartir
Early January, Palestinian President Mahmoud Abbas issued a decree announcing parliamentary and presidential elections, making it the first Palestinian vote in 15 years. Scheduled to be held in May and July in the West Bank and Gaza strip, these elections appear as a strong signal to the...
Next
SIGN UP FOR OUR NEWSLETTER
for a handpicked selection of analyses each week Yes please
Dossier |
Next
Publication -
Next
...
Next
Séminaire réservé exclusivement
à nos entreprises adhérentes
Restricted to
member companies
Next