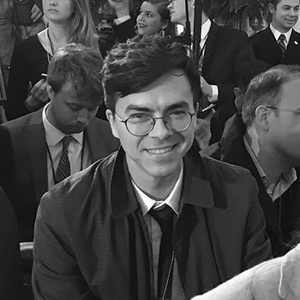 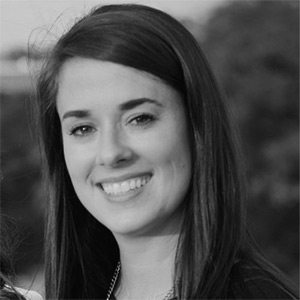 On Tuesday, November 6th during the US midterms elections, Democrats took control of the House of Representatives while Republicans secured a continued Senate majority. Meghan Milloy, co-founder of Republican Women for Progress and currently a Robert Bosch Stiftung fellow, and Stacy Meichtry, the Paris Bureau Chief of The Wall Street Journal share their reactions on the results. Meghan Milloy and Stacy Meichtry explain the consequences of a split Congress for the President’s agenda and analyse to what extent those elections brought a wind of change in US politics.

What does the new power split in Congress mean for US politics in the next two years?

Meghan Milloy
The new majority in the House of Representatives now gives the opportunity for Democrats to block President Trump’s administrative agenda. Democrats hold the subpoena power, they can chair committees (such as the intelligence committee) and lead investigations into Mr. Trump and his administration (notably on tax return). However there is a danger over the next two months, before the new legislators assume their new offices in January 2019, that the government might play defense on the investigation processes that are to be launched. The Mueller investigation for example is particularly at risk of being tampered by Trump’s administration between now and January.

The question is whether Democrats will want to work on bipartisan agreements or whether they will just use their majority to completely block Trump’s agenda.

Regarding new legislations to be passed, few are likely to emerge unless the Democrats and the Republicans come together on less controversial subjects than healthcare or the budget (infrastructure for example). The question is whether Democrats will want to work on bipartisan agreements or whether they will just use their majority to completely block Trump’s agenda. The latter seems, to date, more likely.

Stacy Meichtry
For Democrats, the subpoena power is both a blessing and a curse. Indeed the Democrats are now empowered to launch investigations but if they push too hard, they will provide Donald Trump and the Republicans with useful talking points for the next 2020 Presidential elections.

As regards the possibility of an impeachment, a ⅔ majority in the Senate is needed in order to convict a President. Democrats in the House will have to carefully calibrate this probability because they do not want to see a repeat of what happened with Bill Clinton (the House of Representatives initiated the impeachment of Bill Clinton in 1998 but he then was acquitted all of charges by the Senate).

Can the results be considered as a defeat for Mr. Trump or as a "tremendous success" as the US President tweeted on the night of the results?

Stacy Meichtry
Trump has a tendency to talk using hyperboles but what is true is that those midterm elections definitely showed his ability to consolidate his leadership and control of the Republican party.

The latter is indeed indebted to him because he campaigned to get these senators elected and helped extend their majority whereas in 2016, questions about how moderate Republicans would endorse Trump’s agenda were real and some of them (such as Jeff Flake and John McCain from Arizona, or Bob Corker from Tennessee) were critical of President Trump. With a reinforced and revitalized Republican Senate, holdouts within the party are less likely.

Meghan Milloy
If he had lost the two Houses, he still probably would have found a way to claim for a victory. He does however have a point: Republicans gained seats in Senate which gives him the power to nominate and confirm judges of the Supreme Court and other Officials of the United States. Moreover, there was not as big as a blue wave compared to the polls’ predictions so, to that extent, it is a little victory for President Trump.

Democrats will have to play it safely with the candidate they choose for the 2020 Presidential elections. If someone extremely left liberal such as Bernie Sanders is chosen, they will likely lose out on a lot of moderate Republicans who would have difficulty backing someone very left wing vs. Trump if he runs for a second mandate. Of course, two years is a political eternity! New personalities could arise; there could be someone who really stands out of the new Congress, exerts a great power in a committee chair, digs in investigations...

To what extent did the midterms bring a wind of change in US politics?

Meghan Milloy
The female push into politics was the real highlight of those midterm elections. The record number of women elected into Congress in both parties will hopefully drive for compromise and help bipartisan agreements. Furthermore, the great number of minority candidates running for the first time underlines the real desire of expression coming from oppressed communities. The youngest female candidate, the first Native American candidate and the first Muslim candidates were elected in the House of Representatives. This year will be critical in terms of keeping the energy alive and driver for change in US politics.

Although we should avoid using the word "referendum" because it gives too much importance and power to Donald Trump’s influence on the ballot, the exceptionally high turnout definitely showed the energization of the voter base - and this was largely a direct consequence of Trump himself. At the end of the day, the midterm elections turned out to be around the question of whether or not the candidates agreed with President Trump.

Stacy Meichtry
Overall, the results of the midterm elections conformed more or less to expectations. The split Congress underlines more divisions and polarization in the US political system and reduces incentives for people to reach across the aisle. A Republican Senate also means Trump will have an easier time getting his judicial nominees confirmed, and those picks are likely to drive the discussion for decades to come on divisive culture and identity issues.
There is little doubt that the Democrats' voter base will push to go after Mr. Trump for investigations and maybe impeachment but the Republican Senate, indebted to Trump, still remains decisive, because it is the sole power to conduct impeachment trials. This of course balances the chances of remarkable changes in the next two years.

See also
Europe / World
The Fateful Midterms
BLOG | 6 November 2018 | Soli Özel
Today, Americans go to the polls to vote in midterm elections that many commentators have qualified as historical, if not fateful. The electorate will elect the full House of Representatives, a third of the Senate and the governors of 36 states, as well as 87 legislative chambers. The already...
Next
Europe / World
Midterm US elections - what impact on US foreign policy?
BLOG | 8 November 2018 | Michel Duclos
A general impression emerges from these midterm elections: it is a short victory for the Democrats; the "blue wave" did not occur; compared to similar episodes in the first Bush II and Obama terms, Donald Trump was able to limit the damage. The Republicans lose the House of Representatives and...
Next