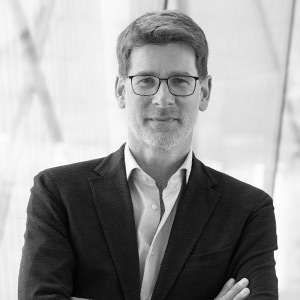 Chair of the Committee on the Environment at the European Parliament

Institut Montaigne and the Genshagen Foundation have launched a series of publications, titled Green Deal Reloaded - perspectives for a sustainable and just transformation of the EU, which reflects on the economic, social and political issues related to the Green Deal in the context of the Covid-19 crisis and recovery plans in Europe.

To mark the imminent conclusion of our series, Pascal Canfin, Chairman of the European Parliament’s Committee on the Environment, Public Health and Food Safety, shares his views on a new European model of prosperity.

Europe is currently undergoing an unprecedented shift in its climate policies. When France suggested a 2050 target for carbon neutrality two years ago, only two Member States accepted the challenge. Two years later, this has become the European Union’s official target. What is more, the same target is being followed by the U.S. President Biden and Japan’s new Prime Minister, while China has officially set its climate neutrality goal for 2060.

We are at a historic turning point. On the one hand, we are entering an era of what I call "climate suffering." There have been an increasing number of extreme climatic events such as droughts that put global food security at risk. This started with the world’s poorest countries, which are powder kegs just waiting to go off, and whose reverberations will also be felt here. On the other hand, we are nearing the tipping point where we can see a path forward to avoid the worst. We have most of the solutions needed to take back our destiny. 90% of the new electricity capacity installed worldwide was based on renewable energy in 2019. Thanks to the accelerated end of coal in Europe, CO2 emissions from the energy sector fell by 15% within a single year in 2019. And in 2020 alone, electric car sales in Europe saw a staggering 10-fold increase.

At this point in our history, things can go either way. The decisions we make now will affect our future irremediably. That is why Europe’s Green Deal is such a vital part of showing we can create the virtuous circle of a profound transformation of our economy without fracturing our societies, even on the scale of a continent of 500 million inhabitants.

But it is not enough to set goals. We must also build a credible path towards achieving them. In 18 months, by the end of 2022, an unprecedented effort will be made to reform more than 50 European laws. These reforms will enable a major paradigm shift to occur in several key issues such as finance, the carbon market, CO2 emission standards for cars, the circular economy, biodiversity, pesticide use and more. By tackling all of the issues simultaneously, these 50 laws are the core of the Green Deal and add credibility to its implementation.

Europe’s Green Deal is such a vital part of showing we can create the virtuous circle of a profound transformation of our economy without fracturing our societies, even on the scale of a continent of 500 million inhabitants.

First of all, one issue set to gain credibility is industry. With many solutions already available to us, we are accelerating to solve the remaining problems, such as continuing to lower the cost of storing energy from renewables or finding ways to make green hydrogen on a large scale. The increase in the price of carbon, which will quickly reach 50/60 euros per ton of CO2 after having broken its record at over 40 euros per ton in early 2021, will accelerate this technological transformation. It will also facilitate the third industrial revolution towards a zero-carbon industry. And Europe is the continent with the highest number of green patents in the world. It is, therefore, in our economic interest to move in this direction.

Unsurprisingly, 170 European business leaders have joined the Green Recovery alliancethat I initiated in spring 2020 to embrace the green transition-they now know it is in their interests too. And we will not make the transition without ensuring a "level playing field" for our industries vis-à-vis their non-European competitors, who are not yet subject to high carbon prices. This is what is at stake with the carbon border adjustment mechanism. While the latter has been discussed for over 20 years, it is finally supported by a majority in Europe, primarily due to France’s initiative. This initiative will prevent climate dumping while allowing our industries to shift their technological models towards climate neutrality.

Another key issue is financial credibility. The historic 750-billion-euro European Recovery Plan will devote at least 37% of the total to climate investments. Not a single euro can be used for investments that could harm the environment. To finance this plan, the European Commission will raise 250 billion in green bonds, becoming by far the world’s largest issuer of green public securities. At the same time, these 250 billion euros represent the biggest green investment shock ever. For its part, the European Central Bank-under the significant leadership of Christine Lagarde-has been taking on a taboo, changing its rules to boost green assets in the economy and gradually applying a "carbon filter" to its monetary policy. Two years ago, this was mere fiction, which is only further evidence of the acceleration within the decision-making process.

When it comes to social and territorial justice, credibility is equally vital. A fundamental condition for the Green Deal’s success is that it must leave no one behind. This is especially true for regions that are still massively dependent on coal, such as Poland and Romania. The European budget has allocated 17 billion euros for the Just Transition Fund to support the green transition in these regions. Europe is also going to change its approach in the fight against fuel poverty. This issue affects millions of low-income European families renting energy-leaking homes, whose energy bills are often higher than their rent.

These 50 laws will bring about large-scale changes in our lives, such as phasing out new fossil-fuel vehicles by 2035, introducing a "right to repair" for all European consumers to fight against planned obsolescence and blocking imports of raw materials if they contribute to deforestation of primary forests such as the Amazon. The Green Deal marks a new economic model, but few citizens, and even decision-makers, are aware that all this is already underway.

These 50 laws will bring about large-scale changes in our lives [...] The Green Deal marks a new economic model.

A new consensus in Brussels for post-crisis recovery

This dynamic is unprecedented and has not been mitigated by the COVID-19 crisis. On the contrary, we will emerge from this economic crisis having broken from the approach taken to manage the 2008 crisis. A little over ten years ago, during the previous financial crisis, Europe made three major mistakes that we are now making efforts to prevent.

The first mistake was to limit the budgetary response capacity of Member States. This time, besides an accommodative monetary policy, we have the suspension of tax rules and relaxation of the state aid framework, which have both freed up a maximum of intervention capacity for Member States. What is more, it is already clear that the Stability and Growth Pact’s current rules need revising to make them less rigid and procyclical.

The second mistake was not implementing a joint recovery and investment plan. In July, after a historic four-day and four-night Council at the level of European Heads of State and Government, and then after the agreement of the European Parliament in December, we reached an agreement on a 750-billion-euro Recovery Plan, financed at the European level through common debt.

Ten years ago, the third mistake was not linking economic recovery with the much-needed response to the climate crisis. This time around, the opposite is true-the United Nations Environment Programme (UNEP) has ranked the European Recovery Plan as the second greenest in the world, after South Korea’s.

All the conditions are thus in place to change the situation and give ourselves every chance of winning the climate battle. But how do we operationalize the green transition on a large scale without fracturing society? How can we, in only 30 years, get rid of a carbon model that has been entrenched in our daily lives for more than a century and a half?

We now have two decisive levers: the technological lever mentioned above and the cultural lever. The European population is much more sensitive to ecological imperatives; social norms are changing, and market trends are evolving. But we still need to change policy rules and regulatory frameworks to make such systemic change possible. That is precisely what we are doing with the Green Deal. Second, a new method of negotiating transitions is needed. Faced with the challenges of transforming our agriculture and mobility, escaping our dependence on fossil fuels or proposing a circular economy that no longer overexploits resources, we must make profound changes in our economies. There are many potential areas of tension and competing interests, and there is nothing worse than giving in to oversimplification. The time has come to build the conditions for this transformation - to build the "how."

Our society is complex, and people are complex. They are caught up in contradictions and material constraints. The green transitions of the 21st century must be negotiated in the same way as the social negotiations that built the welfare state in the 20th century. That is why, in both France and Europe, I am pushing for sector negotiations that will enable us to overcome the obstacles we have encountered thus far. Let’s use truckers as an example. The debate usually focuses on reducing the tax subsidies they receive on diesel fuel, which is a subsidy that costs taxpayers billions and goes against our climate objectives. But by doing so, we are making the weakest link in the value chain pay the cost of the green transition, when their economic equilibrium is already precarious. As a result, threatening the French government with blocking a traffic circle is enough to curb any existing reformist ardor. And nothing changes. We need to turn the problem on its head and create the conditions that will allow truckers easy access to cleaner trucks that they cannot afford on their own. And, of course, the electric or hydrogen charging infrastructure must be financed so that the deployment of clean trucks can occur in the first place. This must be paid for in part by the community and in part by the players in the value chain - not only truckers, of course, but also shippers, principals and so on. All this necessitates a negotiation that has not taken place yet. This example can also be transposed to agriculture, housing and other impacted sectors. That is why, in addition to the normative shock represented by the European Green Deal, we must develop a method and a culture of negotiating green transitions, as we did throughout Europe in different but convergent forms for the creation of the welfare state in the 20th century.

The European Green Deal is an exceptional endeavor. Should we succeed, we will be able to make Europe even more meaningful - as the driving force behind a new prosperity model for the 21st century, just as it once was for modernity and economic revolutions.

See also
Green Deal, un nouvel élan
Dossier |  March 2021
Next
Europe / World
Green Deal Reloaded - Bridging Divides Over the Carbon Border Adjustment Mechanism
ARTICLES | 14 April 2021 | Camilla Bausch
Institut Montaigne and the Genshagen Foundation are launching a series of publications, entitled Green Deal Reloaded - perspectives for a sustainable and just transformation of the EU, which reflects on the economic, social and political issues related to the Green Deal in the...
Next
SIGN UP FOR OUR NEWSLETTER
for a handpicked selection of analyses each week Yes please
Dossier |
Next
Publication -
Next
Union Européenne | Énergie
...
Next
Séminaire réservé exclusivement
à nos entreprises adhérentes
Restricted to
member companies
Next