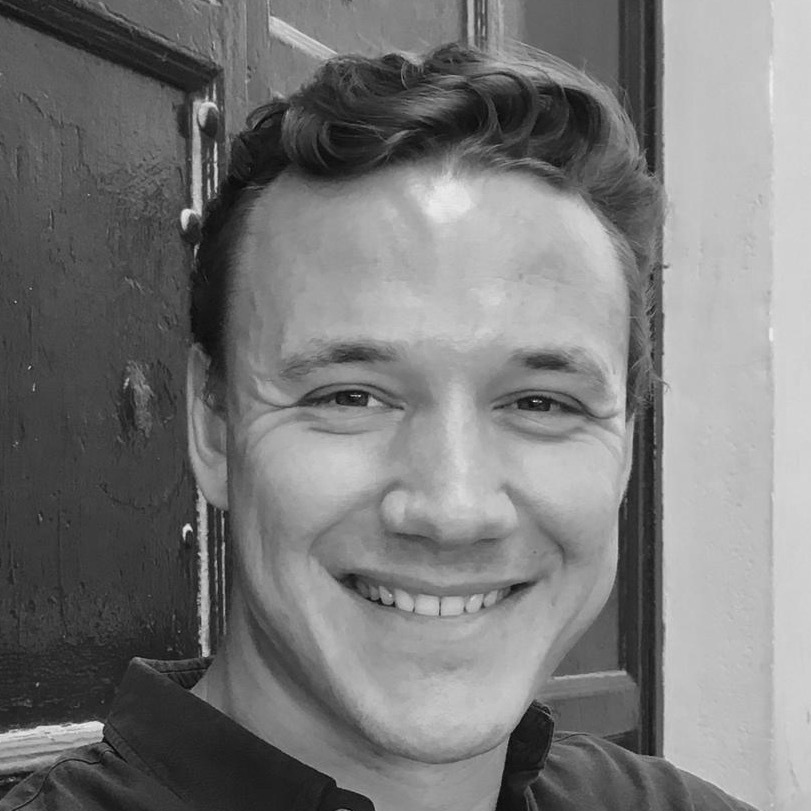 Ernest May Fellow at the Harvard Kennedy School's Belfer Center

Olaf Scholz’s election as Germany’s ninth post-war Chancellor on December 8, 2021 officially marked the beginning of the post-Merkel era of German politics. With the slogan "to dare more progress", a nod to Willy Brandt’s 1969 declaration upon being elected Chancellor, "to dare more democracy", Scholz has branded his new three-way coalition with the SPD (the Social Democratic Party), the Greens and the liberal FDP (the Free Democratic Party) as a potent and dynamic modernizing force. Scholz is determined to break with the complacency and reform impasse of the closing years of Merkel’s chancellorship.

On paper, the agreement also contains points suggesting that significant changes in Germany’s foreign, security and European policies are in the offing as well. All three parties are committed to deepening European integration and eye a federalized "United States of Europe" as the ultimate guarantor of a genuine European "strategic sovereignty", capable of collectively safeguarding European interests in the 21st century. Moreover, both the Greens and FDP are markedly more hawkish vis-à-vis both Russia and China, suggesting that the new government might pursue a more assertive foreign policy course that would differ from the cautious approach that defined Merkel’s tenure in office.

However, despite the final contents of the coalition agreement, it is unlikely that the new government will fulfil the long-standing hope of many of its partners (France included) that Germany will play a less passive role in foreign affairs and will actively push for a common European approach to the major geopolitical challenges. Several reasons explain why.

It is unlikely that the new government will fulfil the long-standing hope of many of its partners [...] that Germany will play a less passive role in foreign affairs.

Firstly, there is every indication that this government will operate primarily under the pressure of domestic imperatives. All three parties need to deliver on key campaign promises, none of which pertain to matters of foreign or European policy. Scholz’s election campaign revolved essentially around the issue of social equality. He will therefore focus on implementing his proposals for an increased minimum wage, a large-scale push for new housing for low-income households and an overhaul of the social welfare system.

He will need to move swiftly to do this, not least because his party’s left-wing, now strongly represented in the new Bundestag, can hold his parliamentary majority hostage if social policies are not placed at the top of the political agenda.

Likewise, the FDP will seek to satisfy its core voter base. This will be achieved by dedicating efforts to maintaining a degree of fiscal prudence by checking the public spending plans of the Greens and the SPD. It will also focus on delivering on campaign promises to push forward the comprehensive digitization of state bureaucracy, education and the economy. The Greens, in turn, will be held accountable on whether they are able to fulfil their wide-ranging promises to achieve Germany’s transition to a climate neutral economy. Their attention will therefore be dedicated to the "super" Ministry for economic affairs and climate action, headed by the vice-chancellor Robert Habeck, who has now replaced foreign Minister Annalena Baerbock as the party’s major figurehead.

Overall, therefore, it is likely that all coalition parties will primarily use their political capital to achieve swift progress with a series of domestic policies - central to their respective election campaigns. Scholz’s first address to the new Bundestag clearly reflected this prioritization, with the vast majority of his 80-minute address dedicated to domestic issues, while Europe and the wider world featured briefly, and only vaguely, towards the end of his speech. The pressure to focus on domestic policy is increased by the fact that there will be four important state elections, including in Germany’s most populous state North-Rhine Westphalia, in 2022, which will be regarded as the new government’s first serious political test.

Even if the new coalition were inclined to focus its attention on a foreign and European policy agenda, it is not entirely clear that the government would be able to settle on a common line.

Secondly, even if the new coalition were inclined to focus its attention on a foreign and European policy agenda, it is not entirely clear that the government would be able to settle on a common line. For despite the areas of consensus specified in the coalition agreement, differences on central issues still remain.

On the major security challenge presently facing Europe, namely the Russian threat to Ukraine’s territorial integrity, it remains unclear what the government’s position will be. While the Greens, likely with the backing of the FDP, would call for new sanctions and the cancellation of the controversial North Stream 2 pipeline in the case of serious aggression by Moscow against Kiev, Scholz and the SPD may opt for a more tempered response. This divergence was evident this week when, in response to the emergence of new details surrounding the murder of a Chechen dissident by a Russian agent in Berlin, Baerbock dismissed two Russian diplomats while Scholz remained mute on the subject. A similar dynamic may be observed with regards to the question of how to address China’s increasing assertiveness and systematic violation of human rights, particularly in Xinjiang. While the Greens have called for Germany to join the American diplomatic boycott of the 2022 Winter Olympics in China next year, the new Chancellor has remained evasive on the subject. The new SPD leader, Lars Klingbeil, publicly rejected a boycott as a viable approach, emphasizing instead the need for continued dialogue.

The picture is similarly blurry when it comes to Europe. Scholz is undoubtedly committed to European integration and has indicated his willingness to work closely with the French president, most recently during his visit to Paris in early December immediately following his election. Concretely, it is likely that he will work to consolidate the progress made towards the deeper economic integration achieved with the Covid-19 recovery package, which he was intimately involved with as finance Minister. He explicitly does not regard it as a temporary measure, but rather as the cornerstone of a larger, sustainable framework to facilitate large-scale investment in common EU projects that will strengthen "European sovereignty".

One can reasonably expect that Scholz will work hard to break through the resistance of the FDP to form a tripartite axis with Emmanuel Macron and Mario Draghi.

Yet, while he has the backing of the Greens to move in this direction, the extent to which the FDP will seek to put the brakes on such a policy is unclear, which inevitably implies a communalization of public debts. The FDP may adopt a more fiscally hawkish stance if it begins to feel the pressure on its poll ratings by a resurgent CDU, which will actively seek to win back voters it lost to the FDP in the last election. Nevertheless, one can reasonably expect that Scholz will work hard to break through the resistance of the FDP to form a tripartite axis with Emmanuel Macron and Mario Draghi in order to build on the Next Generation EU (NGEU) fund.

The degree to which Scholz’s new government will make a concerted effort to achieve greater sovereignty in other areas, most importantly in foreign and security policy, remains unclear. Scholz has endorsed the move towards qualified majority voting in the European Council on foreign and security issues, yet he has not provided concrete details on what a more coordinated EU approach to foreign affairs would look like. Given the outlined differences on these questions within the German government itself, it is unlikely that Scholz will implement a detailed vision of how an independent Europe should position itself in the current geopolitical landscape. It is however reasonably clear that he would push back against any tendencies to frame a more "sovereign" Europe as standing apart, or even against the United States. A more united Europe would have to unquestionably remain an integral part of the US-led western alliance.

In the final analysis, given the pressure to achieve progress with domestic legislation as well as the tensions and lack of clarity within the coalition over foreign policy issues and Europe, Berlin will, for the foreseeable future, remain in its familiar reactive, passive mode. In Europe, Germany will continue to let President Macron publicly set the agenda for reform and pick and choose the areas in which to lend its support. Hopes that the new German government would assume a more active role in promoting European integration and lead the way towards a common European approach to larger geopolitical challenges will likely disappoint. For despite all the rhetoric surrounding the novelty and dynamism of this new coalition, it is evident that this government, and particularly its protagonist, Olaf Scholz, is very much a continuation of the Merkel era. So while at the surface much has changed in the wake of September’s federal elections, German politics is in fact very much continuing along familiar tracks.

See also
Europe / World
Chancellor Olaf Scholz? Change Without Disruption
ARTICLES | 9 November 2021 | Alexandre Robinet-Borgomano
With 25.7% of the vote, Germany's left-leaning Social Democratic Party (SPD) came out on top in the Bundestag elections of September 26, 2021. Despite trailing in the polls for a long time, the SPD prevailed over the country’s center-right Christian-democratic alliance (CDU-CSU). The outcome is a...
Next
Europe / World
A French Perspective on the Future of Europe After Merkel
ARTICLES | 3 November 2021 | Alexandre Robinet-Borgomano
Angela Merkel is leaving the European political arena after 16 years in power. As the French measure the greatness of a leader in reforms, power symbolism and quality of rhetoric, in some ways, for them, Merkel’s departure is a non-event. As far as the French are concerned, Merkel took advantage...
Next
SIGN UP FOR OUR NEWSLETTER
for a handpicked selection of analyses each week Yes please
Dossier |
Next
Publication -
Next
Allemagne
...
Next
Séminaire réservé exclusivement
à nos entreprises adhérentes
Restricted to
member companies
Next