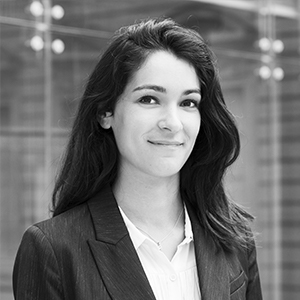 The French healthcare system used to be ranked as one of the best in the world. However in 2017, France was ranked 10th out of 11 countries in the Health Care System Performance Rankings study carried out by The Commonwealth Fund. According to a 2017 study by Solidaris, French citizens worry about the evolution of their healthcare system: 66.4% expressed concerns about patient care and 70% think public health insurance will protect them less in the future. France is also among the world’s biggest healthcare spenders with 11.1% of its GDP dedicated to healthcare (compared to an average of 9.8% in OECD countries). In the context of an aging population and rising chronic diseases, the healthcare system must be rethought and reorganized to take advantage of new technologies and adopt apatient-centered approach.

Not only does the French healthcare system allow people to enjoy one of the best life expectancies in the world – it reached 82.4 years in 2015 – but also, thanks to national health insurance, a high level of public support for expenses through national solidarity.

Indeed, France is the country where direct out-of-pocket spending for patients is the lowest in the OECD at 7% (excluding direct payments for long-term hospital stays) compared with 20% on average. National health insurance covers an average of 85% with the remaining costs financed by private insurance or non-profit organizations.

Despite this coverage, health inequality remains high according to a study by INSEE. Among the richest 5%, life expectancy at birth for men is 84.4 compared to 71.7 among the poorest 5%, a gap of 13 years.

France enjoys a major research and innovation ecosystem in healthcare made up of various players, from startups to big companies. France is home to global pharmaceutical companies such as Sanofi and Ipsen. The pharmaceutical sector represents more than €28.7 billion in exports every year. Furthermore, France is well-known worldwide for its excellent scientific and clinical research with institutions such as the National Institute for Health and Medical Research (Inserm) or the National Center for Scientific Research (CNRS). With over 600 SMEs in health tech, France has many assets and maintains a competitive advantage.

An urge need to put prevention before cure

There is a serious lack of investment in preventative healthcare in France. A 2017 OECD report stresses the importance of prevention in healthcare, for which European countries spend 3% of GDP on average whereas France does not even reach 2%. According to President Macron, the French healthcare system remains too cure-oriented, to the detriment of disease prevention and health preservation.

Among very young people, France has much lower vaccination rate than other EU countries, for both compulsory and recommended vaccines. For example, the WHO recommends immunizing 95% of children against measles, with France reaching only 90%. To reverse the trend, one of President Macron's campaign promises was to make 11 vaccines mandatory for all children.

When it comes to teenagers and adults, the lack of prevention has repercussions on lifestyle, which is following a downward trend. France is poorly placed for adult alcohol consumption, smoking and physical activity among 15-year-olds, for which it is penultimate among OECD countries, just ahead of Italy. The number of overweight and obese within this category also increased from 11% in the early 2000s to 14% in 2014.

Regarding the elderly population, healthy life expectancy is low: 64.1 years for women and 62.7 for men, compared to 70 and 71 respectively in Sweden. It is urgent to promote prevention to control healthcare expenditure: today, almost 70% of over-85s suffer from a chronic disease. In 2060, centenarians in France will number more than 200,000, considerably increasing the number of people living with a chronic disease.

In addition, the French healthcare system is hospital-centered, with a very archaic primary care system. Coordination of care is still experimental and an average practice is made up of two to three physicians. Physicians and hospitals are mostly paid fee-for-service which does not encourage coordination and innovation in the healthcare pathways.

Time to move into the digital age

Many issues such as the shortage of physicians could be partially solved thanks to eHealth, including tele-medicine and tele-consultation. The social security financing law of 2018 indicates the determination of public authorities to favor its deployment, notably with the reimbursement of tele-health by public health insurance. Information sharing among health practitioners and coordination of care could be dramatically increased by the adoption of interoperable electronic health records. A strategy for the deployment of EHRs in France has recently been outlined by the authorities.

To promote an appropriate and effective use of new technologies, it is essential to redesign the training of healthcare professionals. They must learn how to deal with these innovations, especially Artificial Intelligence. France has an important advantage to deploy it: data. Data should be leveraged to optimize prevention and treatment of disease, as well as predicting epidemics and promoting pharmacovigilance. Thanks to the National Health Data System (SNDS), which is one of the world’s most important medico-administrative databases, and pro-technology practitioners, France could build a new healthcare pathway and promote a global approach.

See also
Healthcare
“Patients can Help Healing our Care System”: An Interview with Catherine Tourette-Turgis
BLOG | 29 May 2018 | Institut Montaigne
With over 15 million chronically ill patients in France, what role does our healthcare system play for patients? What complementary expertise can chronically ill patients bring to existing care pathways? How can we find within the painful experience of illness both assets and expertise? The...
Next
Healthcare
France: the Next Health Tech Nation?
BLOG | 12 April 2018 | Angèle Malâtre-Lansac
Medical innovation (e.g. new medical devices, e-health and biotechnologies) is spreading around the world, with the aim of providing better care for all. In the long term, innovators in these fields may hold the solutions to today and tomorrow’s main health issues. Simultaneously, health...
Next
SIGN UP FOR OUR NEWSLETTER
for a handpicked selection of analyses each week Yes please
Dossier |
Next
Publication -
Next
Healthcare
...
Next
Séminaire réservé exclusivement
à nos entreprises adhérentes
Restricted to
member companies
Next