Evergrande, Too Big to Fail? 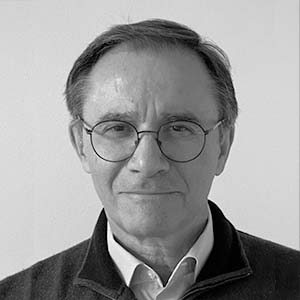 This episode of financial instability is still ongoing and could escalate further. It illustrates the widespread perception among lenders and China’s general public that the state always comes to the rescue of troubled borrowers or projects if they present a systemic risk, that of being "too big to fail".

With more than 750 projects underway in over 230 cities, the privately-owned Evergrande Group is one of China's leading property developers. It is also the most indebted one: its total liabilities exceed RMB 2 trillion (about USD 300 billion ), an amount equalling 3% of China's GDP. Evergrande’s colossal debt is the result of its size, but also of a business model based on an aggressive debt strategy. The company’s debt ratios are higher than those of most of its competitors.

For at least a year the group has been in an extremely delicate financial situation. At the end of 2020, financial concessions granted by various creditors and partners narrowly avoided Evergrande’s default. In 2021 the group's financial situation deteriorated again; some projects were halted due to lack of funds. The main credit rating agencies lowered their ratings. Fitch even went so far as to mention a "probable" default in the short term. At the moment, some of Evergrande’s bonds are trading at less than 50% of their face value. The value of the group's shares, listed on the Hong Kong stock exchange, has fallen by more than 80% since the beginning of the year.

The state of risk

About half of Evergrande's debt is owed to banks or financial institutions. Some of these re-packaged it and placed it with high-networth private investors in the form of so-called "wealth management" products. The other half of the group’s debt is owed to suppliers and apartment buyers who bought off-plan and paid security deposits. This financing channel is not unique to China, but it is particularly widespread in the country. Paradoxically, recent efforts by regulators to encourage banks to better control their exposure to the real estate sector have led developers to make even greater use of it: the ratio of pre-sales proceeds to sales rose from 0.6 to 1.3 for China’s development sector. At the same time, the ratio of bank financing rose from 1.2 to 1.4.

Evergrande’s default would have a significant but perhaps manageable impact on the state of the Chinese banking sector. In 2020, Chinese banks generated a profit before provisions of RMB 2.523 trillion, and a net profit of RMB 1.3 trillion. The amount of provisions needed to cover Evergrande-related risks would represent only a fraction of the total amount of bank debt (which in addition is at least partly secured by assets). Also, the regulator can allow banks to build up the necessary provisions only gradually. It seems clear that the Chinese banking sector is capable of absorbing the shock caused by Evergrande’s default. Nevertheless, it cannot be ruled out that some small local banks, which are overall less well managed and more vulnerable than the giants of the sector, would experience difficulties because of an excessive exposure to Evergrande.

Evergrande has issued domestic bonds, but their total amount is relatively small compared to the total size of the market (RMB 13 trillion). Any losses would be absorbable by institutional investors, who account for the largest share of the market.

Evergrande has issued domestic bonds, but their total amount is relatively small compared to the total size of the market.

Evergrande also issued offshore bonds in USD, amounting to about 15 billion. This is impressive for a single issuer but holds no systemic consequence. The Evergrande case will be handled based on domestic considerations - interests of foreign creditors are likely to play only a minor role. Even more so since some of the foreign creditors are likely to be foreign subsidiaries of Chinese groups, as it is often the case in USD issuances by Chinese corporations.

From an international point of view, Evergrande is a private group. Its default would not raise questions about the quality of the signature of the Chinese state. This is different from the situation of Huarong, a debt management company owned by the Ministry of Finance, which had accumulated liabilities equivalent to the Evergrande ones. Ultimately, the state intervened to prevent Huarong from defaulting on its debt.

The situation of "other creditors" is far more complex. Perhaps, this is where there is the greatest risk that the situation becomes unmanageable. Many service providers and suppliers, some of whom are already affected by the economic downturn, risk being weakened. This, in turn, has negative consequences for employment. The most sensitive issue is the one of "off-plan" buyers who paid considerable sums of money for apartments that may never be built, or at least be given much later. An example often cited by the media is the one of protesters in Shenzhen, who allegedly invested RMB 100,000 in deposits for apartments. Their relatives are seemingly exposed to the sum of RMB 1 million.

Though it is difficult to obtain exact figures, the order of magnitude of these creditors can be estimated to a few hundred billion RMB - representing more than a million people involved. Buyers of wealth management products should also be added to this estimation. This is a situation comparable to bank failures or "ponzi scheme" types of financial scams, where the exposure of individuals leads to major social and political risks - which the Chinese government always takes very seriously.

Too big to fail?

Currently, the risks seem manageable due to the available resources of Chinese banks and the government. Yet, there is a lot on the line with regards to a potential Evergrande default. This is a no-win situation: all options come with significant costs.

Offering state support to Evergrande would certainly appease an immediate crisis, but it would represent a step backwards given the years of efforts to clean up the financial markets by ending the perception of "too big to fail". For instance, since 2014, the Chinese government has allowed more and more state-owned enterprises to default on domestic bonds.

Only recently, the government had to offer its direct and unconditional support to the financial asset management company Huarong, as mentioned above. Chinese authorities will likely be reluctant to do just the same for Evergrande. Therefore, the most likely scenario currently seems to be a government-led restructuring of the group's debt. This could be accompanied by local initiatives to limit social and political impacts.

The blueprint for this type of restructuring already exists. Failures of some small local banks, or the deflation of the P2P online lending bubble in 2019, led the government to orchestrate restructuring programs. At the time, authorities forced hundreds of operators to close down. They then reacted to local discontent mostly by offering to compensate retail investors. According to the chairman of China’s Banking and Insurance Regulatory Commission (CBIRC), the costs of managing this crisis amounted to USD 115 billion. While this is indeed a high price to pay, the operation did not kick up a huge fuss and successfully prevented widespread social disorder, which was its main objective.

Evergrande’s problems are more linked to the structural problem of overinvestment in real estate and to the slowdown that this sector is currently experiencing.

In this scenario, banks and bondholders have to take losses (which they are likely capable of absorbing, as we have seen). If necessary, local authorities and state-owned enterprises are called upon to provide new money.Meanwhile, central authorities closely monitor and coordinate the process, while remaining on the sidelines so as not to give impetus to the impression of "too big to fail".

This blueprint has proven its success in recent crises, and it could do the trick in the case of Evergrande, although there are certain non-negligible execution risks and undesired effects. For example, the intervention could lead to contagions with some "small" banks. Also, it would increase the indebtedness of local authorities, which has long been a worry. Even more concerning is the fact that this sort of treatment cannot be repeated indefinitely, and Evergrande might not be the last firm on the brink of default. Another risk is the potential loss of confidence by lenders and investors that could spread to other developers. Indeed, Evergrande’s problems are more linked to the structural problem of overinvestment in real estate and to the slowdown that this sector is currently experiencing than to factors specific to itself. Another risk is that in the course of a restructuring, the amount of Evergrande’s liabilities would be found out to be even higher than disclosed in its accounts. The fuse of the cannon is still burning.

The spiral of implicit guarantees

This new crisis profoundly questions the mechanisms behind China’s episodes of financial instability in recent years, such as shadow banking, the P2P bubble, the bankruptcy or near-bankruptcy of four local banks, the excessive indebtedness of local authorities, or the restructuring of giant companies with too much debt, such as HNA or Anbang, and now Evergrande.

Evergrande was only able to borrow so heavily because banks and investors were willing to provide it with funds. Such risk-taking is largely the result of the perception of an implicit guarantee by the state. This is particularly true for individuals who made large deposits in the belief that - since the hand of government was everywhere - it was there too.

The persistence of these implicit guarantees affects the risk analysis made by economic actors: bankers assume that state-owned enterprises, local governments, and even private groups will be supported by the state if only they are large enough. Depositors cannot imagine that a bank can fail (and many bankers share this illusion). Savers still believe that the savings products they buy are guaranteed by those who sell them.The consequence of this is an inefficient allocation of capital. Among other things, this translates into financial or even physical bubbles, such as China’s industrial overcapacity. Another effect of this situation is the emergence of groups that manage to take on more debt than is reasonable.

The authorities are attempting to gradually dismantle the mechanism of implicit guarantees. Yet each time they remove a block of the building, they risk triggering a crisis that could spread to the entire financial sector. Evergrande illustrates the many perils of this endeavor. We will come back to this crucial subject regularly.

See also
Europe / World
Xi Jinping’s New Political Economy: Part 1
ARTICLES | 16 September 2021 | François Godement
The Rationale Every day, new rules and moves are bringing Xi Jinping one step closer to regaining complete control of China's economy and society. One aspect of Xi’s psychology, like Mao’s, is how he can turn on a dime, how little past commitments to partners are worth and how much he...
Next
China’s Economic Rebound: Views from Beijing
Publication - June 2021
After the Covid-19 crisis, China trumped economic expectations and experienced a rapid recovery. What can we expect for the country’s future?...
Next
SIGN UP FOR OUR NEWSLETTER
for a handpicked selection of analyses each week Yes please
Dossier |
Next
Publication -
Next
Économie | Asie
...
Next
Séminaire réservé exclusivement
à nos entreprises adhérentes
Restricted to
member companies
Next