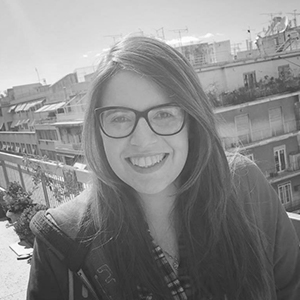 As Greece was one of the later countries in Europe to be hit by the coronavirus, with its first case reported at the end of February, the country had time to prepare itself against the spread of the virus. Like in Austria, the Greek government took drastic measures as soon as the first cases were detected in the country, including canceling cultural events, closing schools, and prohibiting public gatherings. On March 23, with only 13 dead, the authorities ordered a general lockdown. Soon after, from as early as April, the results were in: on average, a person with Covid-19 infected less than one other person.

Due to the weakened state of healthcare following ten years of economic crisis and budget restrictions, the Greek government was aware that it had to act quickly and prepare hospitals for the pandemic. At the start of the epidemic, Greece had only 120 beds for coronavirus patients, whereas it now has 351. 4200 physicians, and hospital personnel were also hired to reinforce the system. In addition to the responsiveness of the Greek authorities, Greek citizens helped limit deaths linked to Covid-19 through their disciplined approach to the lockdown and their care for the elderly. On May 4, the first day out of lockdown, the conservative Prime Minister Kyriakos Mitsotakis thanked his fellow citizens for their responsible attitude in an interview with the American news channel CNN: "What remains as a legacy from this crisis is the sense of collective success (...) Greeks haven't been proud in a long, long time."

Governed by the conservative Prime minister Kyriakos Mitsotakis since July 2019, Greece has proven against all expectations to be one of the countries that has best handled the public health crisis in the European Union. On May 4, the first day out of lockdown, the country had no more than 146 coronavirus deaths out of a population of 10.8 million. This is a much lower rate than Belgium, for example, which recorded 7,924 deaths on the same date for a population of more than 11 million.

According to a poll conducted in early April by the television channel Skai, 82% of Greeks interviewed approve of the Prime minister Kyriakos Mitsotakis’ handling of the Covid-19 crisis.

Greece was at a significant disadvantage at the start of the epidemic, as its healthcare system had suffered from 10 years of austerity measures and an aging population (22% of the population is over 65 years old). The government thus took drastic measures as soon as the first cases appeared to prevent the spread of the virus throughout the country and to prepare hospitals in advance. Citizens immediately subscribed to this quick decision-making process and the vast majority of them complied with the confinement orders, even during the Orthodox Easter celebrations, the biggest religious observance in the country during which believers usually attend church and have family gatherings. Fines, which started at 150 euros for all non-authorized movement, were also a significant deterrent.

According to a poll conducted in early April by the television channel Skai, 82% of Greeks interviewed approve of the Prime minister Kyriakos Mitsotakis’s handling of the Covid-19 crisis. In a country emerging from an unprecedented economic crisis that cut its GDP by 25%, defying policy makers had up until now been the norm. "Things have changed in terms of confidence in the state. People trust the state. They trust the experts," the Greek Prime minister said on May 4. "The first thing I did was to give the floor to our top epidemiologist. He is the one doing the daily briefing." Humble and measured in his statements, Sotiris Tsiodras is an infectious diseases specialist from the Athens Medical School and a Harvard graduate, and has indeed contributed to the success of the government’s messages. At 6 pm every evening, he appears on television to provide an update on the country’s situation and respond to questions from journalists. From the beginning of the country’s battle with coronavirus, efforts to protect Greek civilians were also visible through numerous preventative text messages sent to people on the Greek territory and through half-hourly informational broadcasts on the television and the radio.

The spread of the virus

The first appearances of Covid-19 cases on the Greek territory are linked to people who had traveled to Italy. On February 26, a woman returning from a business trip to Milan was tested positive at the Thessaloniki hospital. This is the first known case of coronavirus in Greece, even if certain epidemiologists believe that other undetected cases had previously entered the country. Every time a "cluster" appeared, predominantly in the north of Greece near Kastoria or in the Evros region, the government promptly quarantined villages. However, the first death from the coronavirus ultimately came on March 12 in Patras, in the south of Greece. The 66-year-old retiree was part of a group of pilgrims who had travelled to Israel. The curve of cases in Greece was never as exponential as in other European countries. The number of deaths never abruptly increased and hospitals were not overwhelmed.

Moreover, if masks ever ran out at the start of the epidemic, they were quickly restocked thanks to donations from other countries (China, the United Arab Emirates) and from private foundations of shipowners and businesses. Greece also avoided the death tolls observed in retirement homes in other European countries. Only 10% of the country’s elderly live in residence homes; the large majority of them live with family members or have in-home care workers.

The curve of cases in Greece was never as exponential as in other European countries.

On May 4, 2020, the death rate from Covid-19 in Greece was 5.4%, as opposed to the average global rate of 7.13% and more than 18% in France. However, these figures should be regarded with caution, as the number of tests performed on a population varies from one country to another. In Greece, testing has been limited and is the subject of criticism. On May 6, 8.35 tests were performed for every 1,000 people in Greece. The government nevertheless confirmed that up to 500 mobile teams will be deployed in the coming weeks to test vulnerable groups and people living in closed structures (prisons, retirement homes) as a priority. The number of intubated patients in hospitals continues to decrease from mid-April and the government can establish a plan to ease lockdown measures sooner than in other European countries.

Taking into account the weaknesses of the Greek health system, while also closely observing the situation in neighboring Italy, Kyriakos Mitsotakis’ government hoped to avoid the worst. According to the OECD, in 2017, Greece had 4.2 hospital beds per 1,000 people, compared to 6 per 1,000 people in France. Between 2009 and 2015, public health spending per person fell by 37.7%, and more than 20% of intensive or special care units were closed. In order to respond to the crisis, the health ministry announced they would hire an additional 4,200 doctors and hospital personnel. The number of intensive care beds increases from 565 at the end of February to 910 in mid-March, accomplished in large part through requisitioning beds from private health clinics and military hospitals.

On March 12, following the first Covid-19 death and with just 117 cases in the country, drastic measures were taken to prevent the spread of the virus. Schools, universities, child care centers, theaters and recreational centers close. Two days later, Athens closes all non-essential businesses. In Italy, it took 18 days after the first death before such measures were put in place.

These lockdown measures are accompanied by the closing of the country’s land borders. Starting March 15, all travelers entering the country are tested at airports and are taken to requisitioned hotels until results become available. Travelers are after required to undergo self quarantine for 14 days at a declared residence. Flights to and from the United Kingdom, Spain, Italy and Turkey are suspended from March 23 onward and airline services to other destinations are greatly reduced.

On March 17, the government also implemented strict confinement measures in refugee camps across the country.

On March 17, the government also implemented strict confinement measures in refugee camps across the country. Aid workers are no longer allowed to enter camps, activities are suspended, restrictions are put in place to limit trips outside the centers, and an evening curfew is established. Many NGOs fear the overcrowdedness and glaring lack of hygiene on the Aegean sea islands could lead to disaster. In the Lesbos camp of Moria, which was built for 2,880 people, more than 20,000 asylum seekers live with limited access to water, sanitation facilities, and healthcare.

Human Rights Watch denounced the conditions at the end of March: "If the government is serious about preventing Covid-19 transmission and illness among migrants and asylum seekers, it needs to scale up testing, provide more tents, and give people enough toilets, water, and soap…"

The Covid-19 epidemic gives the conservative government the opportunity to finally carry out its plan to construct closed detention centers. The local and island authorities have disagreed, at times violently, over months about the opening of new enclosed facilities with the capacity to hold larger numbers of people. Construction is now underway and the Greek parliament is set to vote on a new law in May which would endorse the project. At the time of writing (mid-May), no cases of coronavirus have yet been reported on the five hotspot islands (Lesbos, Samos, Kos, Chios, Leros) facing Turkey. On the continent, however, two camps in Ritsona and Malakassa, both north of Athens, and a hotel in the Peloponnese housing 470 asylum seekers were quarantined for 14 days after several cases of coronavirus were discovered.

Ending lockdown and fears for the economy

On April 28, the Greek prime minister announced a detailed plan to end the general lockdown. As of May 4, Greek citizens no longer needed authorization to leave their homes, and certain small businesses re-open. In public transportation, hospitals, hair salons and small businesses, wearing a mask is now obligatory. On May 11, twelfth-grade students returned to school in order to take their university entry exams. On May 18, other middle and high school students returned to the classrooms and the Greeks can now travel outside of their municipalities. Year-round hotels and restaurants should be able to resume normal activities from June 1 while taking certain precautions, including social distancing and requiring employees to wear gloves and masks.

In mid-March, the Greek government took measures to maintain employment levels and support small to medium-sized businesses, including sending 800-euro payments to employees on part-time unemployment and freelancers, pushing back tax and loan payment deadlines, and lowering rents for businesses.

However, the fear is palpable in a country that is just now getting back on its feet after ten years of recession. Whereas Athens was banking on a growth rate of 2.4% for 2020, the lockdown period will result in a 10% decline in the GDP in 2020,before picking up by 5.5% in 2021, according to the International Monetary Fund. There are fears of immense losses in the tourism sector, which drives the economy and provides jobs to around 20% of the population. "In the best case scenario, Greece will be open for tourism activity from July 1 and we are working towards this direction," said the Greek prime minister in an interview with the American news channel CNN.

Athens is counting on its impeccable control over the public health crisis to attract tourists. The Tourism minister Haris Theocharis has suggested creating a "Health Passport" system to identify travelers who have tested negative for the coronavirus at their departure airport. A safe corridors project, which would allow tourists to travel between countries largely unscathed by the virus, is also under discussion between Greece, Cyprus, Israel, Austria, Norway, Denmark, Australia, the Czech Republic and Singapore.

Long portrayed as the black sheep of Europe throughout the debt crisis, Greece has revealed its new face. Since his election, the prime minister Kyriakos Mitsotakis has portrayed himself as a pragmatic and omnipresent politician who pays close attention to his choices in communication. Coming out of this public health crisis, his position has been reinforced in Greek and European politics, but he will soon have to face a major challenge with a new economic recession on the horizon.