The End of "Whatever it takes"? 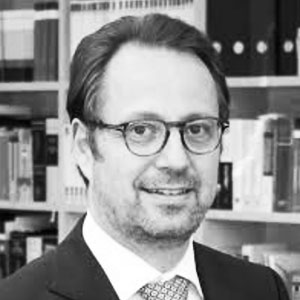 Director of the Institute for Private International and Comparative Law

Finally, they have done it. On 5 March 2020, the German Constitutional Court ruled for the first time in history that an act by the European Union was ultra vires, therefore void and without any effect in Germany. The act in question was the Public Sector Asset Purchase Programme (PSPP), through which the European Central Bank had acquired sovereign bonds issued by the Euro Area Member States since 2015.

The Court of Justice of the EU (CJEU) had explicitly condoned this programme in a decision of 11 December 2018. Yet remarkably, the German Constitutional Court also considers the CJEU’s decision to be ultra vires, void and without legal effect in Germany – another primer. In a clear affront to the Luxembourg judges, the German court writes that their interpretation of the Treaties would be "quite simply incomprehensible and therefore arbitrary".

One might have expected that the German Constitutional Court considers the PSPP as a violation of the prohibition of monetary financing of Member States, laid down in Art. 123 Treaty on the Functioning of the European Union (TFEU). But surprisingly, that is not the case. Although the German judges nit-pick the arguments of their European counterparts regarding the compatibility of the ECB programme with Art 123 TFEU, they see in the end "no manifest circumvention" of the prohibition of monetary state financing. The reasons are mainly the volume restrictions and the pro rata purchase of bonds according to the Member States’ shares in the ECB’s capital.

So what is the fuss about? It is the principle of proportionality, the holy grail of German constitutional law.

So what is the fuss about? It is the principle of proportionality, the holy grail of German constitutional law. The German court uses this general-purpose principle to delineate monetary and economic policy; while the former falls squarely into the mandate of the ECB, it has only a supporting function regarding the latter under Art 127(1) TFEU. The CJEU had applied the proportionality principle in its December 2018 decision, yet not to the satisfaction of the German judges in Karlsruhe. They consider the way in which the CJEU had implemented the principle both ill-suited and useless.

In particular, the German judges take issue with the fact that the CJEU had simply relied on the ECB’s allegations regarding the monetary goal of the measure, its appropriateness and necessity. In view of the judges in Karlsruhe, the ECB would therefore get a "de facto (limited) Kompetenz-Kompetenz", or a power to rule on its own mandate. The German judges also bemoan that the CJEU did not consider the factual effects of the measures, which would be at odds with the court’s own practice in virtually every other area of the law. The CJEU’s decision would mean that the ECB could practically choose the means it considers appropriate, even when they cause minimal advantage but high collateral damage.

The German Constitutional Court thinks that by its decision, the CJEU would have exceeded the mandate under Art 19(1) Treaty on European Union (TEU). It would have deprived itself of the possibility to stop the "gradual erosion" of Member State competences and further weakened the democratic legitimacy of public power exercised through the Eurosystem.

As a result of its findings, the German Constitutional Court admonishes the German Parliament and government to "work towards the proportionality analysis by the ECB". How they should achieve this goal is not clear from the decision. Until then, however, the German Central Bank (Bundesbank) is prohibited from further participating in PSPP. This is the strongest interference yet with the functioning of the Eurosystem. The German Constitutional Court has shown its teeth.

Does this decision spell the end of Mario Draghi’s famous "Whatever it takes" dictum and similar broad measures of the ECB? Not necessarily. The German judges did not rule out that the PSPP may go forward. They just want more explanation: the ECB should explicitly balance the macroeconomic effects of the programme against its monetary objectives. This must be done in a new decision.

The question is: whose economic reasoning do we trust more?

But don’t stop to worry too soon. A merely formal justification in a new ECB decision will not suffice to satisfy the German judges. They have made it clear that they are not prepared to simply follow the allegations made by the Central Bank. Instead, they will also verify their soundness.

The ECB will thus be subject to a much higher degree of judicial scrutiny than the CJEU wanted to impose. In particular, the proportionality analysis will serve as a powerful weapon in the hands of the German judges. It has been argued in the past that only a very permissive type of proportionality analysis should be applied to monetary policy measures. The present case shows why: If handled rigidly, the proportionality analysis can be a tool to substitute the central bank’s assessment with the judges’ opinion regarding the appropriateness of monetary policy measures. More than ever, there is now a clear danger that the final say over "what it takes" to solve the Euro’s problems will lie with constitutional judges (which by the way are as unelected as central bankers) and not with the Directorate of the ECB. The question is: whose economic reasoning do we trust more?