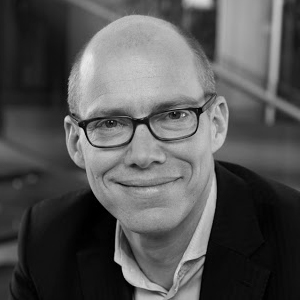 The Covid-19 health crisis has led to a worldwide slump in the industrial sector. While the end of the lockdown is gradually being announced in many countries, two major questions arise today: what has been the impact of this crisis on the industry, both at national and European levels? More importantly, what lessons can be drawn from this crisis, so as to resume industrial activity and improve productivity? The post-Covid-19 period could shuffle the cards and it is important, starting today, to think about French and European industries and enable them to seize opportunities. Three questions to Olivier Scalabre, Managing Director and Senior Partner at BCG, rapporteur for the Institut Montaigne working group Industrie du futur, prêts, partez!

The pandemic spread in a gradual and differentiated manner across the globe. The asynchronous nature of this crisis poses a major challenge to the recovery of international companies, which are heavily reliant on global supply chains.

After having initially halted all activities, China was relatively quick to reopen its factories. Reconfiguring production lines to meet safety requirements, renting hotels to avoid transport risks for workers, systematically taking temperatures, QR codes, WeChat... China intensified its efforts to restart as quickly as possible. By March 15, when the West entered the lockdown, 90% of China's factories had reopened, and energy consumption was already at 80% of what it had been in 2019 during the same period. By mid-March, China was in a position to take market shares from its American and European competitors.

The American context is different. Factories have not completely stopped producing. The industry has been maintained for the most part, with the exception of the car industry: 90% of the plants have closed, as is the case in Europe, but mainly to stop clogging up the stocks that were accumulating in the dealerships, rather than for health reasons. 22 million Americans recently filed for unemployment in the United States, significantly spiking unemployment rates, especially in the service and leisure industries. However, American factory workers are at work and ready to step up the pace of economic relaunch.

Since Covid-19 did not affect all European countries at the same time nor in the same way, no concerted plan emerged at the European level. Each government tried to respond to the emergency by focusing on its own national territory and companies.

Could the French industry be the great loser as we emerge from the crisis? Why is that?

Many competitive advantages will appear during the 100 days following the release from lockdown.

In light of this context, French manufacturers must resume their activity as quickly as possible, so as not to fall behind. Many competitive advantages will appear during the 100 days following the release from lockdown. Health measures will still have to be implemented: quarantines, limited transport, social dialogue, loss of confidence...This grey area will see the gap between winners and losers widen.

But this crisis is also a great opportunity for the French industry to reinvent itself. The pandemic has raised awareness on the strategic importance of our industrial physical assets, and the crisis may represent an opportunity to reverse the wave of deindustrialization that has been spreading for decades. French industry has lost nearly 20% of its weight in GDP in 15 years, and 1.4 million jobs in 25 years.Manufacturers must seize this opportunity to reinvest in French industry and create a stronger, more regionalized and digital industry! France will have to address the issue of productivity head on. It is one of the few countries in Europe to see its manufacturing productivity decline (-0.7% between 2015 and 2019, while Germany has improved it by 2.4%). We urgently need to address this structural problem by accelerating digital transition and building on the momentum of the past few years.

Beyond France, let’s not be pessimistic about Europe's ability to exist in the aftermath of this crisis. The end of the pandemic will lead to a resurgence of borders, especially for certain industries whose supply needs to be secured at the national level. This will probably be the case for the pharmaceutical industry or electronic components. Apart from these few exceptions, the phenomenon of regionalisation of value chains will accelerate. A new phase of globalisation will rapidly unfold, in which each regional cluster will have its own localised production chain. This process has been under way for several years, driven by the convergence of wage costs, the imperatives of sustainable development, digitization and trade wars. As we emerge from the crisis, companies will accelerate their efforts to regionalise flows, with the aim of creating redundancy in value chains while bringing production and consumption locations closer together. Eventually, 10 to 15 new clusters will appear on an international scale. Europe will probably have two or three, hence the importance of developing a strong industrial policy that will speed up the digital transition and collaboration between players.

Could digitalization be a life-saving solution for French industry? What other solutions could reconsolidate our industrial base?

The digitalization of factories is essential to boosting the productivity of the French industry! Digital technologies can increase productivity by 15 to 20%, which is precisely what French factories need to be able to benefit from the regionalization that is taking place. Digitalization must be an essential part of the investment plans meant to revive the French industry. In particular, these plans must ensure that new, digital-friendly ecosystems are created and sustained, as explained in our report Industrie du futur, prêts, partez! produced with the Institut Montaigne in 2018.

Several digital technologies are at the heart of the recovery strategy. Augmented reality helps to build redundancies in the industrial network by quickly training workers in operational gestures that allow them to make other products.

Digital control towers will become widespread to control supply chains and anticipate any possible disruptions. Artificial intelligence also has a key role to play. It can be used to detect weak demand signals upon recovery, enabling production to be focused where demand is the strongest.

Digital technologies can increase productivity by 15 to 20%.

The recovery of our industrial base must also be green. Corporate responsibility does not preclude corporate resilience. It is therefore necessary to act on these two aspects, at the same time and with the support of the sectors.

According to a BCG report, existing technologies could reduce greenhouse gas emissions by 75%. We must develop these solutions to reduce carbon impact and create jobs. Regionalization - less transport-intensive than globalization - must also support this transition by reducing the weight of industry on the environment.

Finally, beyond the digitalization of the existing industry ("the industry of the future"), France must invent the factories of tomorrow ("the future of the industry"). The industrial sector is undergoing profound change. Driven by deep tech (quantum computing, nanotechnologies, deep learning, generative design) and new business models, it is becoming intelligent and is redefining its contours by organizing itself around large horizontal ecosystems (smart mobility, smart health, smart energy). Europe, after having left the hegemony of digital platforms to the United States and China, can return to the centre of the game in this new industry. The French government is strongly committed to this objective. During the third "Choose France" summit held last January in Versailles, BCG led a working group composed of some fifteen international CEOs on the theme of "smart industries". France must be at the forefront of this new industrial order.

See also
Employment / Business | Coronavirus
FDI in a Post-Covid-19 World: A Threat to the European Project?
ARTICLES | 11 May 2020 | Joanna Kenner
In mid-April this year, arguably at the height of the Covid-19 crisis in Europe, the Chinese state-owned financial group, CITIC, became the majority shareholder in the Medea Group, the largest domestic media agency in the Czech Republic, exercising options to take it up to a 57% stake. This deal...
Next
Employment / Business | Coronavirus
The End of "Whatever it takes"?
ARTICLES | 7 May 2020 | Matthias Lehmann
Finally, they have done it. On 5 March 2020, the German Constitutional Court ruled for the first time in history that an act by the European Union was ultra vires, therefore void and without any effect in Germany. The act in question was the Public Sector Asset Purchase Programme (PSPP), through...
Next
SIGN UP FOR OUR NEWSLETTER
for a handpicked selection of analyses each week Yes please
Dossier |
Next
Publication -
Next
Économie et innovation
...
Next
Séminaire réservé exclusivement
à nos entreprises adhérentes
Restricted to
member companies
Next