Covid-19 as a Test for the Leadership of U.S. Cities 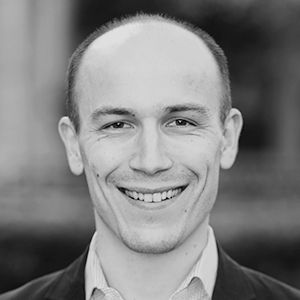 Research Analyst at The Brookings Institution

In 1966, President Lyndon B. Johnson stated: "When the burdens of the presidency seem unusually heavy, I always remind myself it could be worse. I could be a mayor". American mayors used to quote this jokingly. Today, as is the case in France, they face the daunting responsibility of managing the local effects of one of the worst global health and economic crisis.

When early coronavirus hotspots were detected on the west coast of the United States, mayors were the first to react. The lack of a robust federal response created a climate of uncertainty when critical decisions had to be made: declaring a state of emergency, limiting gatherings, closing schools, and mobilizing health infrastructures. "For cities, it's like running a marathon at the speed of a sprint," said to me a former senior U.S. official involved in managing Hurricane Katrina which devastated New Orleans in 2005.

Jenny Durkan, Democratic mayor of Seattle - the first heavily affected city in the country - embodied this decisive leadership. While President Donald Trump downplayed the scale of the crisis mid-March, Mayor Durkan and many other mayors banded together to share information and their experience in virtual city networks such as the Coronavirus Local Response Initiative, funded by former New York City Mayor Michael Bloomberg, and the National League of Cities, a leading association of municipalities. The crisis revealed that the first allies of mayors were above all the mayors from other cities in the U.S. and abroad.

Yet, the mayoral response to the Covid-19 crisis remains limited to local jurisdictions. The U.S. federalist system prompts a locally-executed strategy, run by governors, with the support of the federal government. This sharing of powers is rooted in both the Constitution and the collective american consciousness, which prefers political decision-making close to the citizens and is wary of the Washington D.C. bureaucracy, perceived as disconnected and inefficient. Maybe less inspired by the spirit of the founding fathers than by political calculation, Donald Trump largely distanced himself from the crisis while also blaming its magnitude on its political opponents.

While the response to Covid-19 required clear coordination at the federal level, this posture contributed to  disarray and diverging crisis management measures across the country. It was not up to the federal government to enact a nationwide lockdown, but to each state individually. However, the absence of federal guidelines and Donald Trump's reluctance to quickly recognize the national dimension of the crisis led to uncoordinated stay-at-home orders, potentially accelerating the spread from state-to-state. California was the first to impose a state-wide lockdown on all residents on March 14, a measure soon replicated  by a large number of states at the end of March, but by April 7, eight states had still not issued stay-at-home orders.

It was not up to the federal government to enact a nationwide lockdown, but to each state individually.

Another consequence of the lack of arbitration and coordination from Washington D.C. is that local governments were ordering  masks and ventilators separately, in a way New York Governor Andrew Cuomo compared to "bidding on e-Bay". This awkward competition played out not only between states and cities, but also between states and the federal government, thereby increasing prices and uncertainty for healthcare actors.

Partisan polarization worsened the fragmentation of the crisis response. Political alignment between levels of government facilitated the coordination of efforts, as in California, where most Democratic mayors work hand in hand with their governor. Some Republican governors, such as Mike DeWine of Ohio and Larry Hogan of Maryland, took swift action as well. But others were increasingly in conflict with the mayors of their large, mostly Democratic, urban centres. Stay-at-home orders from mayors such as Sylvester Turner of Houston and Keisha Lance Bottoms of Atlanta have accelerated the decisions of their Republican governors. But the governors of the eight states without state-wide stay-at-home orders are all Republicans, and remain reluctant to shut down the economy, to contradict Donald Trump, or to antagonize their peri-urban and rural political bases.

In his recent book The Nation City: Why Mayors Are Now Running the World, Rahm Emanuel, former mayor of Chicago and former chief of staff of Barack Obama, describes the activism of mayors, their pragmatism, and the progressive agenda of major cities. This agenda is currently reflected in Los Angeles Mayor Eric Garcetti's transformation of city buildings into emergency shelters, in New York City’s focus on areas with an African-American majority which are the most affected by the pandemic, and the suspension of evictions in many other cities. While the federal aid package passed by Congress last month in the CARES Act excludes illegal immigrants, Chicago Mayor Lori Lightfoot also announced that the city would maintain access to aid to all migrant communities.

Beyond the healthcare crisis, cities are also facing an economic breakdown : 22 million Americans registered for unemployment since mid-March, and a Gallup poll reveals that 46 million Americans have already lost their jobs. The major urban centers are particularly affected. Their density and global connections, that usually count as strengths, have become a vulnerability in the context of lockdowns and social distancing. According to a recent analysis by Brookings, the 15 most affected urban counties account for nearly 26 million jobs and 16% of national GDP.

The memory of Hurricane Katrina, from which the city of New Orleans never fully recovered, raises the question of the capacity of many American cities to reset their economy, given their unequal vulnerability to the crisis. A recent analysis by Social Progress reveals abyssal gaps in infrastructure and healthcare systems from one city to another. Will the United States be able to achieve economic recovery without deepening existing inequalities?

The $2.2 trillion CARES Act aid package directs $150 billion in aid to local governments for emergency spending related to crisis management. It already seems insufficient to boost employment in the long run. Local governments are also managing budgets that have been severely undermined by tax losses and the drying up of the municipal bond market. The city of Cincinnati, Ohio, for example, had to lay off more than a quarter of its employees to ensure the continuity of essential public services such as law enforcement, first responders, and waste management.

President Trump is now pushing for a rapid reopening of the economy and some Republican governors are following suit like in Georgia, South Carolina and Tennessee. Many local leaders are instead warning against a premature reopening. The success of local governments in the economic recovery will largely depend on the support of the federal government. But the crisis also confirms the decisive role of American cities as alternative sources of influence vis-à-vis the government in the management of the global pandemic. In other global issues, from climate change to migration, cities and local governments are already leading the way, raising a collective voice in global networks such as the C40 or the Mayors Migration Council. The ability of nation-states and international organizations to channel city’s leadership will shape—or break—the future of multilateralism.

See also
Coronavirus | Europe / World
Where Will Coronavirus Take the United States? Trends in US Politics
BLOG | 17 April 2020 | Heather Hurlburt
Like people in most places, Americans cherish the hope that, in times of danger, their leaders will put their differences aside and protect them. Right now Americans appear to be surprisingly in agreement about what the danger is, and who they can trust: strong majorities now say that novel...
Next
Coronavirus | Europe / World
Covid-19 Will Be the Ultimate Stress Test for the American Social Safety Net
BLOG | 6 April 2020 | Robert C. Lieberman
The spread of Covid-19 is exposing critical areas of weakness in American social policy and the social safety net: the vulnerability of the healthcare system, the lack of paid sick leave and the federated structure of the social policy system. In times of crisis, a nation looks to its leaders...
Next
SIGN UP FOR OUR NEWSLETTER
for a handpicked selection of analyses each week Yes please
Dossier |
Next
Publication -
Next
Coronavirus | Europe / World
...
Next
Séminaire réservé exclusivement
à nos entreprises adhérentes
Restricted to
member companies
Next