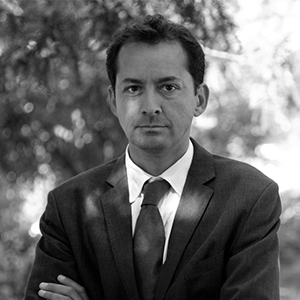 As the Covid-19 epidemic progresses, numerous analyses point out to the winners and losers of the crisis. Everywhere, a consensus is growing that China will emerge stronger, the United States weaker, and Europe more fragile than ever. In my opinion, such analyses are making three major mistakes, insofar as they are projecting the present situation into the future - which is a rather serious methodological blunder when seeking to make accurate predictions.

The first mistake is to believe in Chinese propaganda. If China’s handling of the Covid-19 crisis is perceived as successful today, it is due to three intertwined factors: its lifting of the lockdown in Wuhan and the Hubei province; it coming to the world’s rescue by producing masks and ventilators; and finally, its increasing role in in Italy, Africa and Asia as the new trusted partner, compensating for the failure of the West.

But should we trust this story? Not entirely, there is more to the picture. China did not handle the epidemic as well as one might think. One of the most plausible hypotheses around the origin of the epidemic is that the virus was accidentally released from a Wuhan laboratory. By silencing the doctors who discovered the dangers of Covid-19 at an early stage, China wasted valuable time that could have been dedicated to medical research. By obviously minimizing the number of deaths, it also prevented other governments (apart from some of its neighbors, such as Taiwan, who know better than to give too much credit to Chinese official narratives) from grasping the urgency? of the situation. Finally, in a rush to meet orders, a lot of faulty equipment was exported. Within China itself, power is being questioned, both within the population - when one of the whistleblowers died, for instance - and most likely within the Party as well, quietly but steadily.

Will China succeed in making the rest of the world buy its story? For now, the answer is yes. Because the rest of the world needs China’s masks. Thus, silence prevails. But I bet this will not last. For one simple reason: Donald Trump, who is in trouble on the home front due to his appalling management of the epidemic, is once again going to use China as a scapegoat for his election campaign, which is due to start soon. He had based his entire political strategy on the robustness of the economy, but the Covid-19 crisis clearly ruined that plan. Moreover, he has been sparring with the Chinese for three and a half years about their trade surpluses: they thus represent the perfect enemy. In addition, Democrats have long been known to be more lenient than Trump with China.

We must prepare for an unprecedented war of influence between the United States and China.

Hence, we must prepare for an unprecedented war of influence between the United States and China. As soon as the United States lifts the lockdown and the election campaign is launched, this war will intensify. And it will be violent. This will be a tough game for China, given the United States’ media influence over the world, and the reluctance of Western countries to have their agenda dictated by the Chinese.

Moreover, all governments all over the world will be looking for excuses for the deplorable economic and social crisis that is looming.

The second mistake relates to allegations of American weakness. Trump dealt with the crisis very poorly. Like many populists - and several others - he chose to flatter his electorate by relying on speech performance: if he asserts that this virus will be harmless, so it shall be. Unfortunately, reality is more stubborn than the erratic American President. Covid-19 also harshly revealed what everyone already knew about the American social system: that it is incredibly unequal, very expensive, most ineffective for the poor, and racially discriminatory (there is a greater proportion of victims among African-Americans than among white Americans). Finally, unemployment increased dramatically in just a few weeks. But none of this is new.

Then, why talk about the American weakness? Is it because the United States did not lead the crusade against the virus the same way it drove Saddam out of Iraq, eliminated Bin Laden or brought down communism? The comparison is grotesque: the virus is not an international problem requiring an international response. It might be a global problem, in the sense that it surfaced all over the world more or less at the same time. But above all, it is a local, or at least a national problem. Why is that? Because public health is a national security issue that cannot be dealt with through big international negotiations or onerous arms races, but instead through direct action. If the United States has not taken the lead of the coalition against the virus, it is because this coalition is not only useless but also unconceivable: what matters is to share reliable and up-to-date information with decision-makers and scientists capable of analyzing it. Of course, if the United States, China and Europe were to cooperate more closely on medical research for treatments and vaccines, we’d have better prospects. But we are talking about intergovernmental cooperation rather than multilateralism. This was the role of the WHO, which has failed due to China's grip on its operations which, despite its small financial contribution to this organization, has not made things any easier.

So what will become of the United States? It will launch a vindictive election campaign. Then, if the epidemic is properly managed, it will quickly accelerate its economic recovery through a remarkable trick: blaming the economic crisis on Covid-19 in order to cover up the financial bubble that was waiting for the November elections to burst. Incidentally, all the bad risks accumulated in the recent years by reckless bankers, and all the excessive valuations that have enriched investment fund managers over the last three or four years, will be partly redistributed by the asset purchasing programs of the Federal Reserve and the European Central Bank. In fact, the latter plans to buy off junk bonds that are considered very risky by the financial markets.

The Covid-19 crisis will perhaps make the financial bubble, which was shaping up to be ruthless, more digestible. How come? Because the whole world has suffered equally and at the same time. The value of assets has not decreased, proportionally speaking. The already massive debt of the American government will further increase. But, being financed by the Federal Reserve, the United States will benefit from its excessive privilege: its debt, and currency, are the world’s benchmark for asset value. The entire world needs dollars, whatever the cost. Therefore, the United States’ debt capacity is almost limitless.

The Covid-19 crisis will perhaps make the financial bubble, which was shaping up to be ruthless, more digestible. How come? Because the whole world has suffered equally and at the same time.

Will the crisis weaken the United States? The answer is yes, if one believes that the world requires a leader to manage the crisis, and that this belonged to the United States (despite Trump's claims of isolationism). But, more realistically, the answer is no: this crisis does not need a leader. Trump is conducting his own policy and the country has reacted accordingly. It will overcome the crisis faster and better than the rest of the world, thanks to its companies, its taste for risk and its steadfast optimism. Let’s also not forget the American army, which will remain the most powerful in the world for a long time.

That leaves Europe: scorned, fragmented, ineffective. In Italy, for instance, there have been complaints about German selfishness, French smugness, Dutch lack of solidarity and Brussels’ helplessness. How has Europe really fared? In the health sector, no European-wide strategy was implemented but, as has been said, no health crisis management would have been expected from a supra-national organization. In other fields, we have witnessed a very rapid financial response from the European Central Bank, but also from the member states, with the facilitated activation of the European Stability Mechanism and the joint debt of all the European States. Germany set an example by taking on more debt than the others. And Italy takes advantage of this: its spread has moved very little.

From an operational standpoint, an important fact has been overlooked by those who expected mask donations or pharmaceutical ingredients from this or that country, in the name of European solidarity. This is not a financial crisis, where countries can lend, or even give, money to their neighbors. It is a health crisis: countries keep the medical devices they need, unless they are certain to have very large surplus stocks. Thus, there are no German ventilators in France or Italy, but German hospital beds are more easily available (more than 200 European patients have been transferred to hospitals in Germany, with Berlin covering the full cost of their treatment). How is this possible? Because the country, and especially its Länder, knew that they had excess capacity in this area.

What will be the consequences of the Covid-19 outbreak for Europe? Obviously, a widening of the EU’s North-South divide. Germany, Austria, the Netherlands and the northern countries, were affected by the virus much later than the southern member States, and thus managed it better than Italy, France or Spain. German industrial capacity made the manufacturing of plenty of test kits possible, largely outnumbering the French production (but they did not produce masks, as the textile industry also collapsed in Germany). Finally, decentralized healthcare at the level of the Länder probably facilitated the management of the epidemic in a country whose population is older than the French one, with a greater number of resuscitation beds.

What will be the consequences of the Covid-19 outbreak for Europe? Obviously, a widening of the EU’s North-South divide.

The difference in situation between Germany and France, or between Northern and Southern Europe, is going to stress the feeling of divergent destinies within Europe. The health crisis is not going to facilitate the discussion that is needed concerning Europe’s final purposes. Having said that, Covid-19 will not mark the end of the EU, which has proved supportive where necessary (on the financial level), benevolent when possible (on the health level) and slow, as always, in other areas.

The unexpected big winners of this crisis may be the refugees, and more generally the migrant workers. The closing of borders has brought to light the EU’s need in terms of workforce: Romanians in Germany, Moroccans in Spain, North Africans and Sub-Saharans in Italy. New voices are rising, asking for their regularization, or even their naturalization. Yet, they probably won’t be heard amidst the social crisis that is looming ahead.

A photograph taken in the middle of a hurricane does not reveal its aftermath. Let's not forget this, when preparing for post-crisis recovery. And let's not deem the West outdated just yet, for China, or rather Chinese leaders, are the real culprits of this global catastrophe. And let us restore the strength of the West: it is in the interest of both Europeans and Americans to join forces in the great discussion that is about to start with China.

Hakim El Karoui is the author of Réinventer l’Occident (Flammarion, 2010).

See also
Coronavirus
How Should Europe Respond to the Pandemic?
BLOG | 17 April 2020 | Eric Chaney
Hearing before the European Affairs Committee of the French National Assembly April 16, 2020 Madam President, ladies and gentlemen, thank you for inviting me to discuss the European response to the pandemic. I would like to make clear that I am speaking today in my own name. The economic...
Next
Coronavirus
Is Covid-19 a Game-Changer for the Middle East and the Maghreb?
BLOG | 15 April 2020 | Michel Duclos | Hakim El Karoui
The region stretching from the Persian Gulf to the Maghreb is vital to both French and European interests. Home to the world’s largest hydrocarbon reserves, it has been affected by multiple crises for several decades. Its stability is essential to the balance of the globalized world, both...
Next