Are the French Going Green? 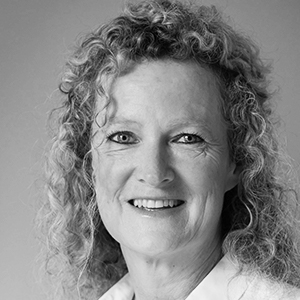 On June 28, the French went to the polls for a second round of municipal elections. The Green Party (EELV) celebrated some unprecedented victories in a number of big cities. What does this "green wave" tell us about French voters and French politics? What does this mean for President Emmanuel Macron? To understand the trends underway, we interviewed Sophie Pedder, Paris Bureau Chief of the Economist.

What does the victory of the Greens in big cities at the municipal elections tell us about the current political and social panorama in France? Who were the real "winners" and "losers"?

By European standards, France has an unusually large number of communes—nearly 36,000—and many of them are small, and run by mayors with only loose affiliations to political parties. If you take just towns of over 30,000 inhabitants, much of France is in fact in the hands of the center-right. It holds 152 towns out of 263 across the country. However, in terms of political symbolism, the victor at these elections was undoubtedly the Greens. The party won town halls for the first time in cities such as Lyon, Strasbourg and Bordeaux, all of which put Emmanuel Macron top of voting at the first round of the presidential election back in 2017. A Green-led coalition won in Marseille, France’s second-biggest city. Even in Paris, Anne Hidalgo was re-elected Socialist mayor with the backing of the Greens. Given that Mr Macron’s party, La République en Marche, did not win a single big city, as it once hoped to, this was a real set-back for him.

Can we make projections for the 2022 Presidential elections at this stage? What does this all mean for Emmanuel Macron?

Much of France is in the hands of the center-right. However, in terms of political symbolism, the victor at these elections was undoubtedly the Greens.

It’s far too early to say! Don’t forget that in 2015, two years before the last presidential election, Mr Macron was a relatively unknown economy minister who hadn’t even launched his political party, En Marche!. So much can happen between now and 2022, and surprises no doubt lurk behind some corners. What is nonetheless worth noting is that voting in local elections in France, where mayors are respected figures, does not automatically translate into voting at national level. The Green vote, which is centred on young educated people in metropolitan areas, is a good example. Much of France outside the big cities is dependent on cars, and people aren’t clamouring for more bicycle lanes.

For Mr Macron, under France’s two-round presidential voting system, the outcome in 2022 will depend on the alternatives, and how far the fragmented parties are prepared to unite behind a single candidate in the first round. A split vote would help him hugely. In as far as they mean anything so far in advance, polls today still make him favourite to win in 2022.

Are these results a direct reflection of the current Covid-19 crisis? Can we talk about a trend larger than France at this stage?

I don’t have evidence for this, but I suspect that the experience of lockdown in France, particularly in cities, when people began to appreciate the sound of silence without cars or planes, may have helped the Green vote. Certainly, in Paris, there are far more cyclists on the streets now, even after lockdown, than there used to be. Mr Macron will doubtlessly seek to put the environment higher up on his list under the new government, although it is harder for him to sound persuasive on green measures than it is for a single-issue party. But the Green vote may also have been a sort of protest against Mr Macron. Back in 2017, he was the newcomer leading an assault on the established parties. Now he’s part of the establishment, or rather its embodiment, and so voters seeking something new had to look elsewhere.

See also
General
Kosovo, Serbia and the EU: Who Wants to Make a Deal?
Three questions to Tim Judah
INTERVIEW | 8 July 2020 | Tim Judah
Serious attempts are being made by the EU to jumpstart the Kosovo-Serbia dialogue, which had been stalled since 2018. Multiple meetings are scheduled between the prime minister of Kosovo, the president of Serbia and EU leaders, while the US is for now out of the process. What does the future look...
Next
General
The German Presidency of the European Union: Priorities and Stakes
Trois questions à Katja Leikert
INTERVIEW | 1 July 2020 | Katja Leikert
As of July 1, 2020, Germany holds the rotating six-month Presidency of the Council of the European Union. In the aftermath of a pandemic that has plunged Europe into one of the deepest crises of its existence, it is now up to Chancellor Angela Merkel to give Europe a new impetus, in order to...
Next
SIGN UP FOR OUR NEWSLETTER
for a handpicked selection of analyses each week Subscribe
Newsletter
Our latest analyses in your inbox each week
Subscribe
Follow us