Afghanistan After the US Withdrawal: An Elusive Peace 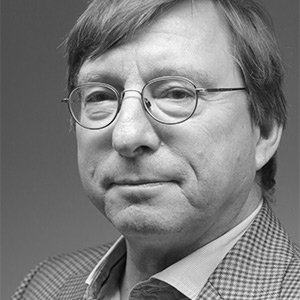 Co-founder and co-director of the Afghanistan Analysts Network

US President Biden has announced the withdrawal of all American troops from Afghanistan by next September, creating new uncertainties for the future of the country. Thomas Ruttig, Co-director of the Afghanistan Analysts Network (AAN), argues that the conflict between the Afghan government and the Taliban is likely to intensify, while external actors supporting different factions may exacerbate instability.

Looking ahead after the withdrawal of US-NATO troops, how do you see the balance of power between the Afghan government and insurgency forces?

The Taliban are the most militarily proactive party to this conflict. They initiate most of the operations. On the other side, the Afghan government forces are mainly in a defensive mode, although this includes preemptive operations. The Taliban directly control a large part of the country and of the population, and eventually influence almost all the rest of Afghanistan. Their reach exceeds their territorial control and their areas of military operations. The assassination campaigns they are able to conduct, mainly in Afghan cities - areas that are under the government control -, are one example showing the extent of their influence.

The withdrawal undermines the military position of the Afghan government, as some vital functions carried out so far by the US forces will leave a void that will be difficult to fill. But the balance of power is not only military. Moral and political factors are also extremely important. The morale of the government troops will be undermined by the withdrawal, while that of the Taliban has been enhanced, also as a result of their strengthened diplomatic position since the US recognized them as a negotiating partner.

The withdrawal undermining the morale of the government forces could lead to their corrosion.

The status quo is already fluid and the troops’ withdrawal will increase this fluidity. We already had what the UN has called for a while an "eroding stalemate", with the Afghan government often being unable to reverse significant territorial gains of the Taliban in the last couple of years.

In this context, the withdrawal will certainly lead to the loss of more government’s positions, as has already been seen along major highways and near smaller towns. Many district and even provincial capitals are surrounded by the Taliban, for example cities like Lashkar Gah and Farah.

In this context, what scenarios do you foresee for domestic security in Afghanistan?

The first and second scenarios are the immediate or mid-term collapse of the Afghan government. The withdrawal undermining the morale of the government forces could lead to their corrosion. In the second scenario, events of 1992 would repeat themselves. Back then, as the government of President Najibullah lost its financial and economic support from Russia, former government forces reoriented themselves towards the camp which they considered the most likely to succeed: the mujahedin. In their sweep to power in the 1990s, the Taliban also forced many of their opponents to join them by using threats and coercion.

However, a short-term corrosion and reorientation of government forces is less likely to happen, as the United States has asserted that it will continue to provide financial and military support to the Afghan government.

For the time being, the Afghan government has considerable military power. Putting together the army, the police (which is mainly a fighting force) and the paramilitary militias, they count for at least 350,000. These forces are not an easy pushover. Many will fight with their backs against the wall, as a result of their deep and long-standing, often personal conflicts with the Taliban after years of fighting and mutual killings. As long as they are provided with external support, they will be able to resist.

At the same time, I do not see the Afghan government winning. Its already weak position under the onslaught of the Taliban is being further undermined by internal factional conflict. It might, however, still be able to resist for quite a while. For the Afghan population, this means that war will continue with killings and the destruction of what remains of the country’s infrastructure.

A not impossible third scenario is that the most powerful military and political factions in Afghanistan (including the Taliban) come to their senses after the foreign troops have left, sit together and try to work out a political solution. Most of the factions are more or less islamists, de facto excluding those who are not, as they can always be called "unislamic" if they raise too many questions about international laws and human rights. The Taliban, from their position of strength, might be able to impose many of their concepts about the future nature of the Afghan state in such a scenario.

In such a scenario, Afghanistan could probably come to peace, but it would also mean that the country will be much more conservative with regards to international norms, especially women’s and human rights, but also civil and political liberties. It would add a big burden on the Afghan population, which has at least enjoyed some freedom and liberties in the last 20 years, albeit precarious and constantly threatened by military operations and various domestic forces.

But if this doesn't play out, a repetition of the 1990s factional wars is possible. Afghanistan is still the most intense conflict worldwide according to the Global Peace Index, but it can still get much worse.

Afghanistan is still the most intense conflict worldwide.

What external forces are likely to play a stabilizing and destabilizing role in shaping security trends inside Afghanistan?

But none of these countries are interested in Afghanistan because of Afghanistan itself in the first place: they all follow their own regional or geopolitical agenda, and are involved in mutual, sometimes multilateral conflictive relationships.

I do not see China playing a much more active role or trying to replace the United States in the country. China is definitely not considering getting involved in a full-scale conflict. Overall, China is geographically quite isolated from Afghanistan, apart from some 70 kilometers of mutual border high up in the Pamirs and the Hindu Kush, which is not particularly vulnerable to intrusions. There were some Chinese forays into Afghan politics and economic enterprises, such as during the quadrilateral meetings (with the US, Pakistan and Afghanistan, hosted by Islamabad) and trying to develop the copper mine in Mes Aynak. China will probably try to contain the possible overspill of a possible new factional war in Afghanistan diplomatically.

None of the countries in the region are interested in Afghanistan.

China has only limited capacities to influence the Taliban. It has obviously been in contact with them mainly through Pakistan, but it is not clear whether China has its own perspective on the Taliban, or if it mostly relies on Pakistani sources here. It would be difficult for China to play a constructive role for the stabilization of Afghanistan if they see it through a Pakistani prism only.

I do not see a significant change in Pakistan’s policy vis-à-vis Afghanistan. It is principally determined by its main conflict with India (and vice versa) focused on containing India’s influence in the country. Pakistan wants to avoid a two-front situation, and thus continues to back the Taliban as their best "card" for Afghanistan. As every other country, Pakistan is looking at its own political priorities, not at those of Afghanistan.

Russia has not been very constructive either. Although it is not interested in conflict overspill to its immediate southern neighbours, it is much more in seeing the United States in the same Afghan quagmire the USSR experienced at the end of the 80s. The long cultivated rhetoric of a Taliban overspill into the Central Asian republics has been bogus. Currently, the local branch of the Islamic State is incapable of significantly threatening the CARs or Russia. (The same for Uighur militant groups and China.)

Ultimately, the withdrawal of the United States and NATO troops will result in diminishing international community’s attention for Afghanistan, and open it more to the activities of neighboring countries competing for influence. This will not contribute to building a stable Afghan post-war order.

See also
Europe / World
Geopolitics of a New World - First Tests
ARTICLES | 19 April 2021 | Michel Duclos
The virus continues its lethal round of our planet. It is in the throes of a second assault on India and Brazil, new variants are striking places where before infections seemed under control, and in China it has been subdued, but not defeated. However, geopolitical competition between states has...
Next
Europe / World
From the Indo-Pacific to Alaska: The US-China Great Game
ARTICLES | 19 March 2021 | François Godement
"The first round of a boxing match": this prediction about the Alaska Sino-American meeting by Evan Medeiros, a former Obama adviser, has proven accurate. Although Chinese officials have often played last-minute theatricals on their interlocutors to gain a visible upper hand, there has never been a...
Next
SIGN UP FOR OUR NEWSLETTER
for a handpicked selection of analyses each week Yes please
Dossier |
Next
Publication -
Next
Europe et International
...
Next
Séminaire réservé exclusivement
à nos entreprises adhérentes
Restricted to
member companies
Next