US Foreign Policy: To What Extent Will the Midterms be a Turning Point? 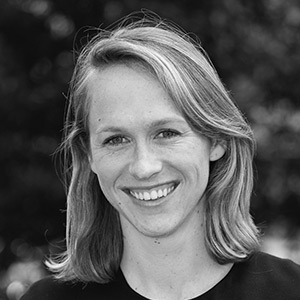 On Tuesday, 6 November 2018, midterm elections will determine whether the Congress majority remains Republican or not, thus influencing President Trump’s political leeway, especially in the field of foreign policy. Torrey Taussig, a specialist of US foreign policy, authoritarian politics, and US-Russia relations answers our questions on the ways in which midterm elections could impact US foreign policy. Torrey Taussig is a nonresident Fellow in the Foreign Policy program’s Center on the United States and Europe at Brookings. She currently works in Berlin as a Robert Bosch Foundation Fellow.

What is the current balance of power between the legislative and the executive branch on foreign policy since Trump’s election? Can we speak of a bipartisan consensus on current foreign policy issues?

Compared to domestic policy, the executive branch has a significant degree of flexibility on foreign policy. With Republicans in control of both houses of the legislature, President Trump has relied on his party’s support to enact tough trade measures on China, pull the United States out of the Paris Climate Accords, and withdraw from the Iran nuclear deal. However, there are two issues related to European security where Congress has acted in a bipartisan manner to constrain President Trump’s agenda.

To what extent would a success from the Democrats constrain the president’s international conduct? What leeway would Trump keep if the Democrats win?

If Democrats take control of the House of Representatives, Congress will have an opportunity influence the foreign policy legislative agenda.

The midterm elections will not have a significant impact on US foreign policy over the next two years. There could, however, be smaller noticeable changes depending on the outcome. If Democrats take control of the House of Representatives, Congress will have an opportunity influence the foreign policy legislative agenda. Democrats in chairmanship positions on foreign affairs-related committees will have the opportunity to shape what hearings come in front of the committees.

It is also likely that a Democrat majority would pursue tougher actions on Trump’s business dealings and delve further into the collusion accusations to determine whether the Trump campaign colluded with Russia to influence the 2016 presidential election. Congressional delegations abroad could also strike a different and more pro-European tone, reassuring allies in Britain, France and Germany of America’s commitment to the transatlantic community. That being said, the broader contours of US foreign policy on issues such as trade, China and Iran are unlikely to shift.

Does Trump’s foreign policy represent a substantial shift or are they elements of continuity with the past Presidents?

There are a few elements of continuity in Trump’s foreign policy. Trump, like presidents before him, has called on America’s allies to bear more of the burden of maintaining global security and stability. For example, President Trump follows a long line of presidents who have called for NATO member states to spend more on defense. Trump has also questioned America’s role as the world’s global policeman, a perspective he shares with President Obama and an ambivalent US public that is tired of waging wars in the Middle East.

However, the Trump administration has broken with decades of US foreign policy in its distrust of free trade, multilateralism and collective security agreements. Since the end of WWII, the United States has viewed the country’s alliances and participation in international institutions as central to advancing US national interests. Trump’s foreign policy vision, on the contrary, regards American foreign policy as a balance sheet, in which gains among America’s allies are losses for the US Trump also sees the European Union as a strategic competitor and appears more at ease next to the world’s leading autocrats than many democratic friends, including Canadian Prime Minister Justin Trudeau and German Chancellor Angela Merkel – two leaders Trump has frequently derided.

Trump’s foreign policy vision, on the contrary, regards American foreign policy as a balance sheet, in which gains among America’s allies are losses for the US

As a result, some refer to President Trump as a populist and economic nationalist. American historian Walter Russell Mead places Trump’s foreign policy in the "Jacksonian tradition" – a core set of principles that were espoused by US President Andrew Jackson. This intellectual tradition is rooted in populism and identity-based patriotism, as well as a narrow and unilateral conception of America’s role in the world.

See also
Regions > America
The 2018 Midterms are all about Health Care
Analyses | 24 October 2018 | Angèle Malâtre-Lansac
On November 6th, Americans will go to the polls to elect a new Congress. All 435 members of the House stand for election as well as a third of the Senate (35 seats). At the state level, more than 6.500 positions including 36 governorships will be in play. Polling highlights healthcare as a top...
Next
Regions > America
Donald Trump, Inevitable Winner of the Upcoming Midterm Elections?
Trois questions à Dominique Moïsi
INTERVIEW | 2 November 2018 | Dominique Moïsi
Midterm elections are elections to both Houses of the United States Congress and are held two years after the election of the President of the United States. All 435 seats in the House of Representatives and a third of the 100 seats in the Senate are renewed. These elections are crucial and almost...
Next
SIGN UP FOR OUR NEWSLETTER
for a handpicked selection of analyses each week Yes please
Series |
Next
Publication -
Next
États-Unis et amériques | Politique étrangère
...
Next
Séminaire réservé exclusivement
à nos entreprises adhérentes
Restricted to
member companies
Next