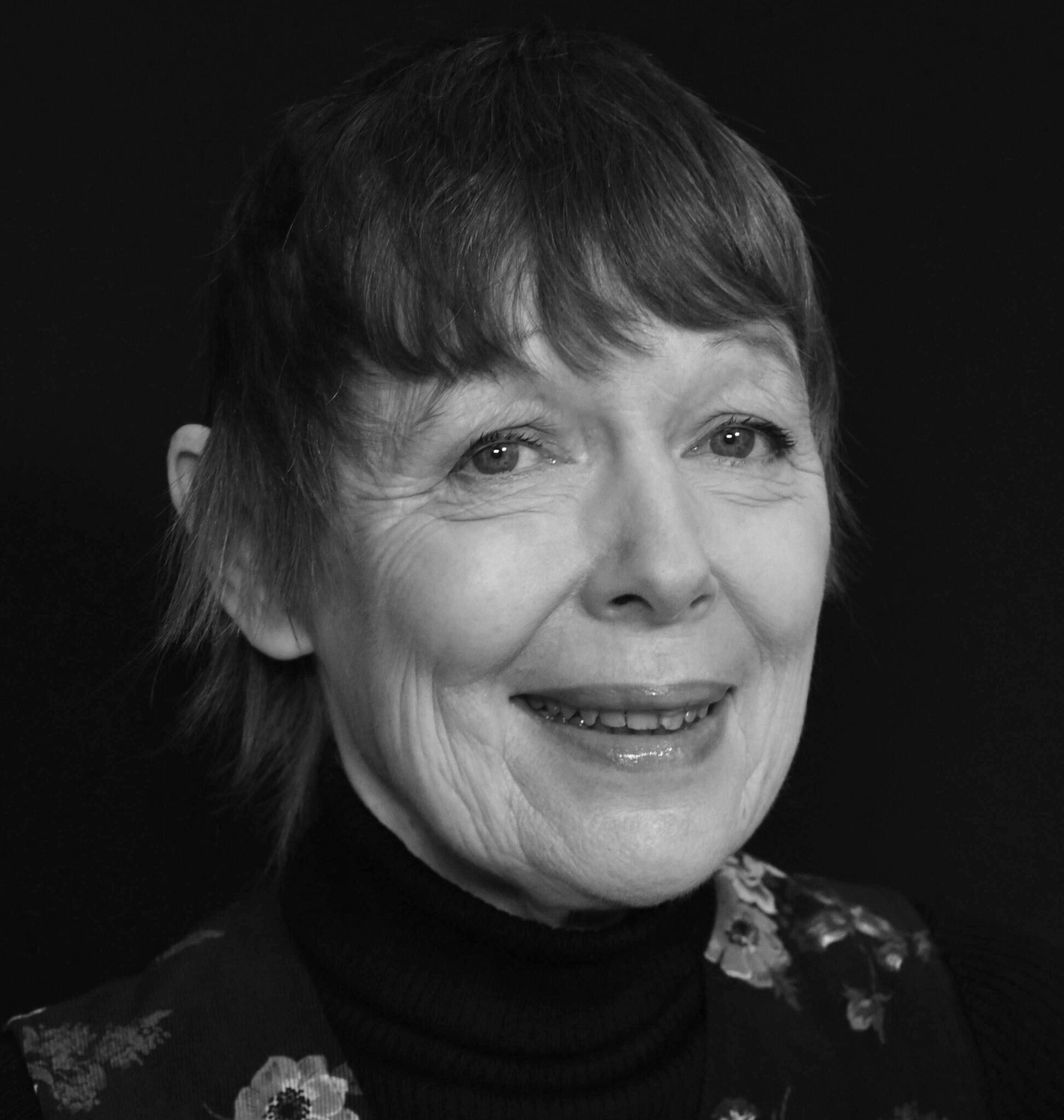 CNRS Research Director Emerita at the Centre for European Studies and Comparative Politics of Sciences Po.

Across Western societies, democracies and the value systems they uphold are in crisis. In France, growing polarization among both the public and parties is evident in the popularity of far-right candidates Marine Le Pen and Eric Zemmour. Nonna Mayer, CNRS Research Director Emirata at Sciences Po, examines the causes and consequences of France’s populist politics.

What are the similarities and differences between Marine Le Pen and Eric Zemmour?

Ideologically, they can be considered close, both located on the extreme right of the political spectrum. They share an exclusionist and xenophobic vision of democracy, perceiving immigration as the source of all societal problems and eager to reinforce the principle of "national preference", which reserves social benefits, housing programs, and jobs for French citizens. But Eric Zemmour is more radical than Marine Le Pen. He supports the conspiracy theory of the "great replacement" (a supposed plot by the cosmopolitan elites to replace the French Christian population with Muslim immigrants from Africa and Maghreb). He makes no difference between Islam and Islamism, and he is a full fledged assimilationist, in favor, for instance, of obliging parents of foreign descent to give a "French" name to their children. Le Pen, on the contrary, continues to promote her "de-demonization" strategy, presenting a softer and less frightening image, especially compared to Zemmour. Furthermore, in contrast to Le Pen, the latter is ultra conservative with regard to gender and sexuality issues, and is even openly sexist and misogynist at times.

They share an exclusionist and xenophobic vision of democracy[...].But Eric Zemmour is more radical than Marine Le Pen.

Lastly, they have different styles. Zemmour appears as an intellectual and claims he is not "a political man". Marine, on the other hand, is the daughter of Jean-Marie Le Pen, and has grown up with politics from an early age. She also has a more popular, less "bourgeois" style in terms of the way she talks and dresses. Consequently, the two candidates draw different voters. Marine Le Pen appeals more to less educated citizens, from the working class and the lower middle class, and to non-practicing Catholics.

In contrast, Zemmour appeals more to upper and upper middle class voters, as well as to elderly citizens, and traditional Catholics. Moreover, while Le Pen has managed to close the Radical right gender gap, now attracting female and male voters as well, Zemmour repels women, especially the younger ones, gaining his best scores among elderly men.

The current presidential election has been marked by a record abstention rate and an unprecedented performance by extreme right/national populist candidates. Are these symptoms of a deeper crisis, not only of the party system, but also of our democracy?

There is indeed a crisis of the party system. Across all Western democracies, as the political scientist Peter Mair demonstrated long ago, political parties have become "cartel parties". This means that parties rely on the state for their funding, and are therefore less in need of militants, and gradually cutting themselves from their social bases. This process is even more marked in France, a country where parties have always been small, weak and not well considered, with a level of trust among the population down to 15% according to recent polls. Emmanuel Macron has accelerated this process of decomposition, attracting voters of the center right and center left, and essentially turning these parties into empty shells. In the 2007 and 2012 presidential elections, the added scores of candidates of the socialist left and conservative right (UMP/LR) amounted to 56% of the votes, in 2017 to a quarter, and last Sunday to 6%. One of the reasons behind these declining turnout rates is that many voters are not feeling represented, understood, or listened to by the existing parties.

The campaign before the first round was a good example of this, revealing that voters are primarily preoccupied with their purchasing power, and that the campaign was polarized around the issue of immigration. It is clear that political disaffection is growing, especially among the younger generations, and among the socially disadvantaged. If the average turn out rate in the first round was 74%, it ranged from 59% among the 18-24 years old, and 78% among the seniors over 65, from 64% among voters with no more than a primary degree to 80% among those who went to university, from 64% among the low income voters (less than 900 euros a month) to 84% among the high incomes (over 2500 euros).

One of the reasons behind these declining turnout rates is that many voters are not feeling represented, understood, or listened to by the existing parties.

But high rates of abstention and distrust in parties should not necessarily be read as anti-democratic trends. On the contrary, they reflect a demand for more democracy and more participation, as was first expressed by the Yellow Vests protests, for a "RIC" (Référendum d’initiative citoyenne). Beyond voting, there are other means of political engagement that are flourishing (demonstrations, petitions, online activism) for the defense of causes (environment and climate change, women’s rights, discrimination) that are perceived as insufficiently dealt with by the mainstream parties.

How can we explain Marine Le Pen’s performance in the first round of the Presidential election? What kind of a regime/politics/policies can be expected if Marine Le Pen would become the next President of France?

Marine Le Pen has launched an effective campaign - a proximity campaign, we might say - touring small towns and rural areas by bus, addressing the "forgotten ones", and focusing on rising prices and the difficulties to make ends meet. She anticipated the importance of the "purchasing power" issue long before other candidates did. As a result, she was cited by opinion polls as the candidate who had "the best campaign", way ahead of Mélenchon and Macron (respectively 54%, 46% and 30%) and the candidate who best "understands the problems of people like you" (46%, 41% and 27%). However, if she has softened her positions on the death penalty (she will organize a referendum on the issue) or on the EU (she is no longer calling for a Frexit) the heart of her program, "national preference", opposes the fundamental principles of the Constitution of the Fifth Republic, including the principle of equality. As president, Le Pen’s first move would be to announce a reform of the Constitution via referendum (which is not the normal process of constitutional revision), and bring in three new fundamental principles ("defending the identity of the people to protect our heritage and traditions", "making it a national priority to restore the privileges of French nationality", and "fighting against multiculturalism to preserve national unity"). More specifically, she would considerably restrict the rights of foreigners and immigrants (suppression of the jus soli and of the right of family reunification, restriction of the right of asylum, expulsion of all illegal immigrants, etc.), and repeal the anti-racist Pleven and Gayssot laws. In essence, her presidency would put France at odds with its international engagements, and with the very norms and values of the European Union, turning France into an illiberal democracy.

See also
Topics > Social affairs >  | France
What a Marine Le Pen Victory Would Mean for Europe
Analyses | 13 April 2022 | Georgina Wright
The results are out: incumbent Emmanuel Macron will face far-right candidate Marine Le Pen in the second round on 24 April after securing 27,84% and 23,15% respectively. Polls are predicting a narrow victory for Macron, but the race will be tight - and a Le Pen victory should not be...
Next
Topics > Social affairs >  | France
Is It 1981 All Over Again?
Analyses | 12 April 2022 | Bruno Tertrais | Joseph de Weck
Remember 1981? It was a turning point in history. In London, Prince Charles married the so-called "commoner" Diana Spencer, effectively breaking the UK’s class ceiling. In Washington, Ronald Reagan became US President, unleashing the global free-market revolution. And in Paris, the French elected...
Next
SIGN UP FOR OUR NEWSLETTER
for a handpicked selection of analyses each week Yes please
Series |
Next
Publication -
Next
...
Next
Séminaire réservé exclusivement
à nos entreprises adhérentes
Restricted to
member companies
Next