Too Cool for Coal? The Future of South Africa’s Energy 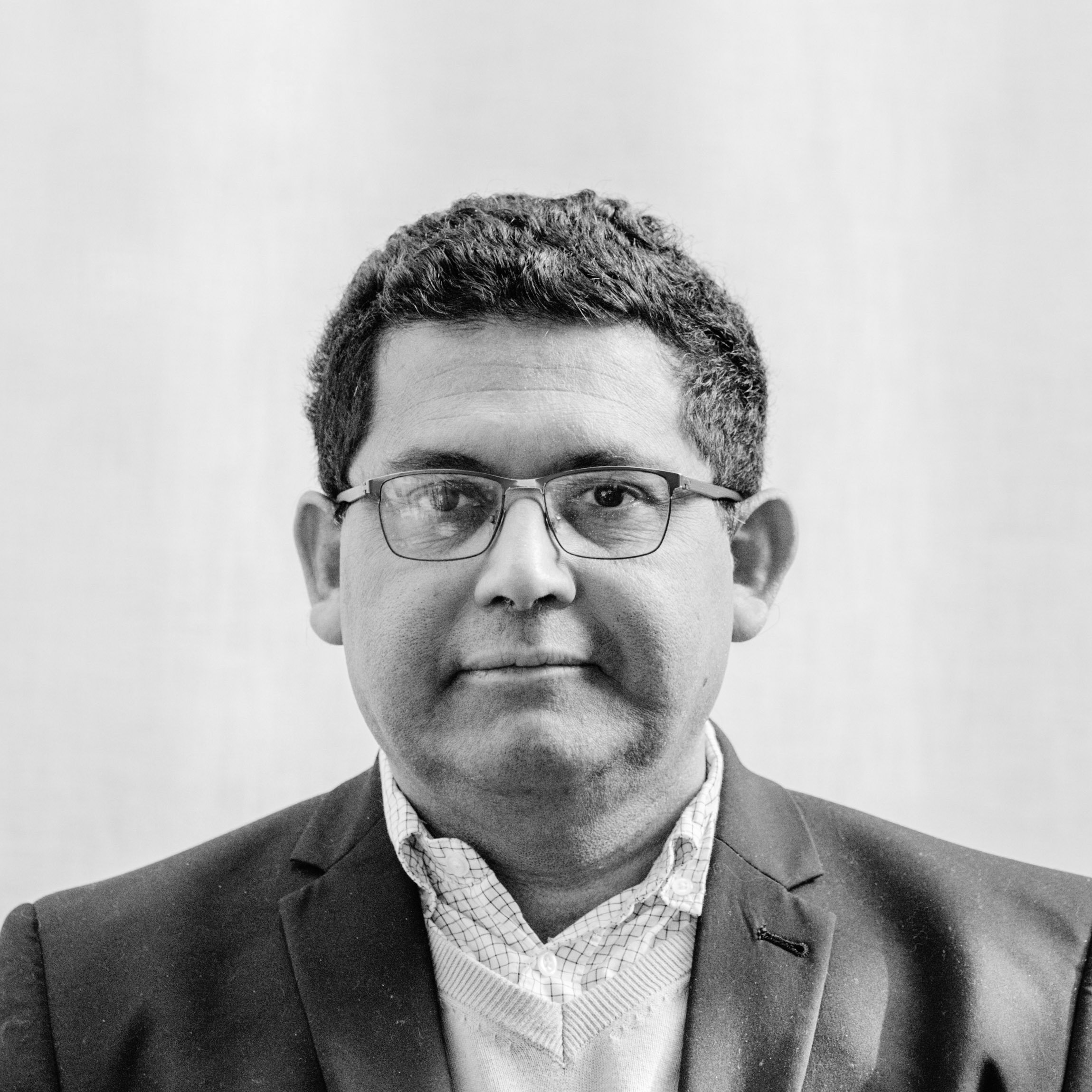 Climate change could become Africa’s biggest threat in the next few years and its southernmost country already faces a wide array of environmental hazards. In the face of mounting international pressure to combat the climate crisis, the country’s President, Cyril Ramaphosa, recently decided to step up national ambitions to align its pledges with the 2015 Paris Agreement. Yet, the country ranks 12th in the world’s top emitters, and 80% of its electricity production is derived from coal exploitation. How can South Africa rapidly turn green without threatening the livelihood of its citizens? Saliem Fakir, Executive Director of the African Climate Foundation, addresses these issues in a new article for Institut Montaigne.

The African continent finds itself heavily affected by the early consequences of climate change. In South Africa, in particular, the climate is said to be warming twice as fast as in the rest of the world. What is the impact of climate change on the country’s economy today?

The African continent finds itself at the forefront of the climate crisis. In recent years, the multiplication of extreme weather events, such as severe droughts, wildfires, floods or storms, has increased vulnerability and impacted the livelihood of citizens. In some parts of the continent, it has even contributed to political instability. Across African countries and in the past two decades, climate change is already estimated to have cost the continent a staggering $38 billion in damages. Climate must be seen as an additional shock on a continent still reeling from the Covid-19 pandemic shock and the associated drop in commodity exports. On a continent where one in three Africans still currently lives below the global poverty line, the consequences of climate change are expected to be direct and indirect.

On a continent where one in three Africans still currently lives below the global poverty line, the consequences of climate change are expected to be direct and indirect.

First, in Africa, climate change has direct impacts on infrastructure, as well as indirect consequences on essential supply chains for food and other essential goods and exports. Efforts to adapt to these realities need to be enhanced. For instance, Mozambique has been hit by frequent cyclones causing widespread flooding and damage to its infrastructure. Some of this may well be the cause of political conflict in Mozambique at present. A recent McKinsey Global Institute study highlighted the vulnerability of global infrastructures in the face of climate change, most notably concluding that, by 2050, between 500 and 2,200 flights could be grounded every year because of climate change.

Second, climate change has stark consequences for African farmers. For instance, on the basis of Covid-19 numbers, a recent assessment by the Institute for Poverty, Land and Agrarian Studies (PLAAS), shows that of 200,000 small farmers that live in South Africa, COVID has really set them back economically. There is no doubt that in many parts of the continent, climate change is affecting the economic viability of small farmers already struggling with insufficient resources, who have weak resilience to external shocks. Climate risks to farmers can manifest in the form of droughts, spread of pests, floods, lower nutrients and low crop yields. High temperatures can also affect farm productivity as farming is labor intensive and working on farms in a heat wave is not conducive to labor intensity and efficiency. The rise in temperatures has already profoundly affected production cycles, forcing farmers to rethink their harvesting calendars. Changes in climate without proper farm resilience mechanisms can increase the poverty trap of farmers.

To be clear, however, the impact of climate change on the African continent, and on South Africa in particular, will need to be assessed in the long run. In many respects, it is a long-term problem that will not be resolved with a short-term solution. As such, if we want to build resilience at the national level, it is the farmers themselves that will have to develop tools for a more climate-resilient agriculture. The task at hand is immense, and it is certainly made complex by the low levels of government support that small-scale farmers receive in South Africa and in the rest of the continent. The lack of production diversification in these small farms also tragically worsens the situation. At present, farmers will therefore have to work on their own towards changing their production methods and habits.

To actively participate in the global fight against climate change, the South African government will need to overcome the country’s heavy reliance on coal. State-owned utility Eskom’s coal plants were notably responsible for 86% of South Africa’s electricity in 2020, and over 120,000 jobs rely on the coal industry today. What steps and approaches should be taken to best reduce South Africa’s heavy dependence on coal?

At the continental level, the focus has traditionally been on adaptation more than it has been on mitigation. This is normal to a large extent. After all, among the top 30 biggest emitters at the international level, South Africa is the largest emitter, ranked 12th globally ahead of the United Kingdom, even though its economy is eight times smaller. In that respect, South Africa’s recent evaluation of its climate strategy has been highly significant. The country has slowly changed its approach to climate change, by deciding to become more proactive not only in adapting to it, but also in mitigating the risks of climate disasters.

This was almost unimaginable three years ago. After all, the country’s economy is heavily reliant on coal, a production method Greenpeace labels as being the "dirtiest, most polluting way of producing energy". The largest producer of electricity, the state-owned utility Eskom, alone accounts for more than 40% of the country’s emissions. It is also in financial distress, with a debt that goes above $27 billion. This makes the situation dire, to say the least, as it becomes evident that South Africa will rapidly need to phase out coal in the next decades.

South Africa does not only have to transition from coal but also deal with high poverty and unemployment.

South Africa does not only have to transition from coal but also deal with high poverty and unemployment - it is one of the most unequal societies in the world. In designing the necessary decarbonization of its economy, South Africa will need to be particularly wary of that. In particular, about 900,000 workers directly rely on coal mining and many more indirectly. The organization of the South African economy therefore constitutes a structural challenge for the country’s energy transition. To ensure that this necessity does not increase inequalities and unemployment, the process must be incremental. To succeed, the transition will need to carefully consider the various sociological and economic consequences that will ensue from it.

Dubbed the "most impressive thing to come out of the COP26" by The Economist, the so-called Just Energy Transition Partnership was struck between South Africa and a handful of developed economies (the United States, Britain, France, Germany and the European Union) during the climate summit. This partnership is due to facilitate the energy transition in the country and ensure it remains within the 1.5°C trajectory. What does the signing of such an ambitious agreement mean for South Africa’s leadership in the continent?

Africa’s population will double by 2050, by which point it is likely that we will have seen the emergence of a wealthy middle class across the continent. In that timeframe, the continent is likely to follow the trajectory of more advanced economies when it comes to the carbon intensity of its production and consumption of goods and services. All of this is happening in the context of an increased shift away from fossil fuels toward green energy. In particular, it is important to keep in mind that African countries have not utilized the global carbon budget but are likely to be the most penalized if they increase their carbon footprint to meet their development needs. Most of the global carbon budget has been consumed freely by the developed world. Coal, oil and gas economies in Africa are faced with a quandary and will have to engage in energy transitions, but any phase out plan will have to be compensated by developed economies and done in a way that is financially just.

Most of the global carbon budget has been consumed freely by the developed world.

In this way, the Just Energy Transition Partnership for South Africa that was concluded during the COP26 is significant. Through this partnership, France, Germany, the United Kingdom and the United States, along with the European Union, agree to allocate a total of $8.5 billion to South Africa to assist the country in its energy transition. It should be celebrated as a crucial first step towards South Africa’s decarbonization.

More importantly, it provides a leadership path for South Africa in the coming years. In many respects, these funds provide a basis for the country to attempt to find a new approach to development and to enhance its clean energy mix and transition. If it succeeds, the South African government will have successfully managed to outline a new approach to energy diversification and bring to the forefront just transition as both a normative component and mechanism to deal with the coal phase-out.

Many crucial details of the partnership still need to be drafted and explicitly pinpointed. The structure and governance of the agreement is yet to be defined, and details surrounding the amount of funding allocated to building new infrastructure, as well as the specific nature of the support that will be given to workers affiliated with the coal industry, remain unknown at this stage. In particular, this plan’s execution requires substantial economic and financial modelling to understand the different pathways that are now possible, feasible and even available. Finally, it should further be noted that while South Africa can certainly draw from its own domestic resources to partly finance its future decarbonization, $8.5 billion in international assistance is hardly enough for the importance of the task at hand. Rather, a successful decarbonization for the South African electricity sector will likely require close to $25 billion, if not more.

See also
Regions > Middle East & Africa | Topics > Energy > Environment > Economy
A Matter of Formality: Rethinking the Economy in the Sahel
Three questions to Ahmadou Aly Mbaye
INTERVIEW | 9 July 2021 | Ahmadou Aly Mbaye
The economic impact of Covid-19 has urged unprecedented responses by governments. In the Sahel, this has revealed the limits of State action on the formal economy, while also highlighting the porous boundaries between the formal and informal sectors. Ahmadou Aly Mbaye, Professor of Economics at the...
Next
Regions > Middle East & Africa | Topics > Energy > Environment > Economy
India Between Solar Energy and Coal: From a “Green Image” to a “Green Façade”?
Analyses | 29 October 2021 | Christophe Jaffrelot | Hemal Thakker
At the 2009 Copenhagen summit, India was part of a coalition of countries - along with the US and a few so-called "emerging economies" - which was not as interested as Europe in taking climate change seriously. Nonetheless, at the COP21 in 2015, it played a very constructive role alongside Europe...
Next
SIGN UP FOR OUR NEWSLETTER
for a handpicked selection of analyses each week Yes please
Series |
Next
Publication -
Next
...
Next
Séminaire réservé exclusivement
à nos entreprises adhérentes
Restricted to
member companies
Next