Religion in the Workplace: From Theoretical Foundations to Practice 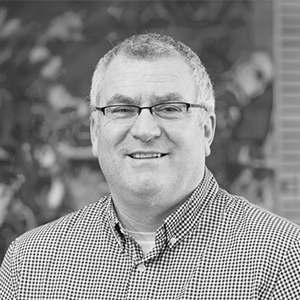 Senior Lecturer in and Deputy Head of the Department of Management at AUT Business, Economics and Law School

When did Western societies start focusing on the relationship between work and religion? Who are the great theoreticians and how have their works been progressively established in organizations? Is there a link between how religion is perceived in the workplace and the place it occupies in political life? Peter McGhee, Senior Lecturer in and Deputy Head of the Department of Management at Auckland University of Technology Business, Economics and Law School answers our questions.

This article is part of a series that considers the role of religion in the workplace, and the relationship between faith, diversity, and organizational operations and management.

You have written about religion in the workplace and its organizational impacts. What have been your main observations in this area, and how have they evolved through the years?

While religion/spirituality has influenced labor for thousands of years, modern interest began, in Western societies at least, with Max Weber’s Protestant Work Ethic, and was further developed by early scholars such as Mary Parker Follet and Abraham Maslow. The 19th century “Faith at Work” movement, which arose because of the Church’s disinterest in lay persons’ experiences in secular workplaces, also contributed to this growing attention.

Twenty first century organizational interest in Spirituality at Work (SAW) came from a seminal book by Ian Mitroff & Elizabeth Denton (1999) entitled A Spiritual Audit of Corporate America (although some of these ideas had been bubbling in the background since the 1980s). In this book, the authors argued that many organizations suffer from spiritual impoverishment and, as a result, are underperforming. Their solution was to offer several frameworks to enhance SAW, without conflict and division, and thereby improve performance. Like many others writing at this time, Mitroff & Denton separated religion from spirituality, arguing that spirituality is more positive, compassionate, harmonious, and adaptive as opposed to religion, which is viewed as negative, harmful, divisive, and traditional. This differentiation has become common in organizational literature, which tends to favor spirituality over religion.

Initially at least, this interest in SAW was considered yet another management fad. Much of the work in this area was ungrounded or conceptual/theoretical with very few empirical studies (e.g., Giacalone and Jurkiewicz’s (2003) early influential work Handbook of Workplace Spirituality and Organizational Performance has at best, three empirical chapters out of a possible 32 chapters). Moreover, because SAW had not developed from within the Psychology of Religion field, it lacked credibility and rigor. This, however, did not stop organizations, especially in the United States, and to a lesser extent in Europe, from embracing the idea. Organizations in my part of the world (Australasia), although late to the party, also took some interest in  (although this has always been lukewarm at best) the notion of SAW.

Since the early 2000s, research has caught up with reality. No longer seen as a fad, many academics and organizations understand that the ‘whole’ person, including their faith/religion/spirituality comes to work. As a result of this knowledge, organizations now strive to develop workplace communities that enhance the ‘whole self’ including its spiritual aspects, providing employees with deeper meaning through their work, and enabling them to live out their spiritual values in life-affirming ways. At the same time, scholars have developed sophisticated frameworks for embedding positive SAW as well as recognizing and limiting unhealthy spiritualities (e.g. religious fundamentalism).  Moreover, while not definitive, the management literature accepts that encouraging positive SAW often leads to better employee well-being and improved organizational performance.

Is there a link between how religion is perceived in the workplace and the place it occupies in political life? Which country examples come to mind?

The short answer to this question is that it depends on the country. New Zealand, for instance, is a secular nation in which religion/spirituality plays little role in work or political life. The last census in 2018 showed that almost half of New Zealanders have no religion, and while Christianity is still the most popular religion in New Zealand (around 37% of the population), this is certainly not obvious on a daily basis. New Zealand has no state or established church, and freedom of religious worship is enshrined in law. Most people would consider religion to be a private matter that should not influence organizations or government. This, however, is a misguided belief given that individuals, whether employees or politicians, bring their whole self, including their religious/spiritual values, to work and these values do influence outcomes.

While  traditional religions/spiritualities play little noticeable role in New Zealand politics or organizations, there is a growing interest in homegrown spirituality.

While  traditional religions/spiritualities play little noticeable role in New Zealand politics or organizations, there is a growing interest in homegrown spirituality. New Zealand, as a Polynesian nation in the South Pacific, has an Indigenous population of Māori who as tangata whenua (first peoples), are increasingly, and positively, influencing aspects of New Zealand life. Māori have a concept known as Wairua which is integral to their worldview. Similar to spirituality, wairua views all life as being interconnected, permeated with spirit, and seeking wholeness.

Without this  empowering, relational, and connecting force, life and wellbeing suffer. Many organizations, from local government bodies through to private enterprises are adopting the notion of wairua, if not the name, as well as other aspects of te ao Māori (i.e., the Maori worldview) as part of their organisational culture and decision-making. So, perhaps what we are seeing is the gradual (and indirect) infusion of spiritual ideas and values (but not religion) into New Zealand organizations.

New Zealand differs from somewhere like the United States, in which religion appears to play a widespread, and at times divisive, role in politics and business, despite the separation of religion and state. While similar beliefs exist in New Zealand, they are not as prevalent in the political discourse. Occasionally, more fundamentalist groups may protest policy change in New Zealand but this is not the norm, although the current Covid-19 pandemic may be changing this.

What is your conclusion on the extent to which religion in the workplace influences the corporate governance ecosystem in New Zealand?

As a predominantly Protestant Christian culture, at least historically, one would expect many of New Zealand’s national institutions, including corporate governance, to be underpinned by religious principles and values.

Recent research provides some support for this, noting that countries (including New Zealand)  with a higher proportion of Protestantism are associated with stronger corporate governance after controlling for cultural, economic, legal, and institutional factors. Having said that, the expression of religion/spirituality in the New Zealand workplace today is muted at best, and as such, any influence over the current corporate governance ecosystem would be indirect (e.g. if religious or spiritual values were a central part of a director’s moral identity, influencing their governance behavior and decision-making).

If New Zealand culture is anything, it is individualistic, and our corporate governance tends to reflect this.

Unlike the United States and Europe, New Zealand is not split along strong political and/or religious lines, and as such, does not have the challenge of corporate governance practices reflecting partisan beliefs (e.g. counties with strong right-wing political parties and more conservative religious views are less likely to embrace diversity and inclusion). If New Zealand culture is anything, it is individualistic, and our corporate governance tends to reflect this.

In sum, while we have reasonably strong institutions and practices in New Zealand - and these may well be underpinned by Protestant religious/spiritual values - when it comes to implementing governance, most organizations do so from a rational ordering perspective. Within this framework, the ends often justify the means, though sometimes at the expense of sound religious principles (e.g. paying employees a legal minimum wage instead of a living wage).

See also
Topics > Social affairs
Between Migration, Indigeneity and Integration: Religion and the Workplace in New Zealand
Three questions to Edwina Pio
INTERVIEW | 4 May 2022 | Edwina Pio
In the face of current societal and security challenges, what is the relationship between work and worship? With increasing globalization and migration, questions on religious diversity, tolerance, and ethics are playing an increasingly important role in workplace management. These questions are...
Next
Topics > Social affairs
Four Questions Around Religious Expression in the Workplace
Analysis | 27 January 2022 | Lionel Honoré
During the 2010s, the issue of religion in the workplace became a commonplace discussion for businesses, public administrators and communities across France. It was legislated upon in both the 2016 Labor Law and the 2021 Law on reinforcing Republican Principles. At the EU level, the Equality...
Next
SIGN UP FOR OUR NEWSLETTER
for a handpicked selection of analyses each week Yes please
Series |
Next
Publication -
Next
...
Next
Séminaire réservé exclusivement
à nos entreprises adhérentes
Restricted to
member companies
Next