Past the Virus - How Pandemics Shape the Economy 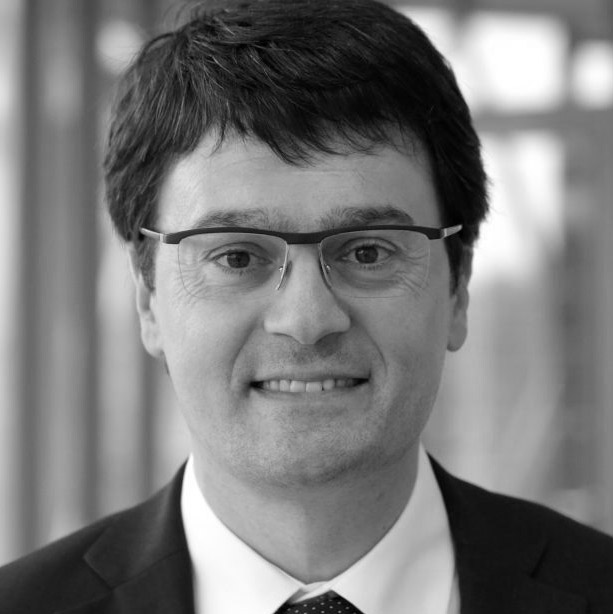 This third episode of the Past the Virus series looks at the economic impact of past pandemics. Click here for the first episode on the history of pandemics and how their role in shifting social paradigms, and the history of curfews and lockdowns as measures of containment.

The Covid-19 pandemic took the world by surprise. In a situation of high uncertainty about he medium-and long-term economic effects of a novel kind of crisis, many have looked to the past for some insights. While this is entirely legitimate - we all stand to learn from history - we also need to be wary of careless comparisons and generalizations. A crucial point is that until the onset of the Covid-19 crisis, most research had focused on the consequences of the worst pandemic in European history: the Black Death of 1347-52, which killed about half the population of the continent and of the broader Mediterranean area. Curiously however, this episode is also usually considered to have had several positive long-term effects for the European economy, as will be explained further below. But from an epidemiological point of view, the Covid-19 pandemic differs entirely from the plague, resembling much more the Spanish Flu of 1918-19. To grasp the implications that the historical experience has for the current crisis, then, it would be useful to compare the economic consequences of the Black Death to those of the Spanish Flu.

The Black Death, which killed 25-50 million people in Europe and the Mediterranean, obviously had very negative short-term economic consequences. These included damage to trade and other commercial and productive activity, not to mention the loss of knowledge and skills caused by human losses of such tragic size. However, most accounts of the long-term economic consequences of the Black Death also discuss several less sombre effects. These include a useful reorganization of agrarian production towards greater efficiency, a significant increase in real wages, and a re-balancing of the population and available resources. Indeed, in Western Europe, the Black Death and subsequent plagues seem to have led to the establishment of a new high-mortality and high-income equilibrium, which has been the premise for quicker economic development across centuries.

Another positive economic consequence of the Black Death which has been unearthed by recent research, is that it caused a significant reduction in economic inequality, at least in all cases where we have reliable information about the immediate pre- and post-pandemic conditions (which mostly refers to a range of Italian states). This trajectory of wealth inequality can be seen in Figure 1. below.

Throughout the seven centuries covered in Figure 1, the Black Death triggered one of just two phases of systematic inequality decline (the other being connected to the two World Wars and the difficult interwar period). In the aftermath of the plague, the richest 10% of the population lost hold of 15%-20% of overall wealth. This decline in inequality was long-lasting: it would take 3 centuries before the richest 10% could regain control of overall wealth to the same extent they had in the pre-plague period. As is discussed in more detail here, there were two main causes behind this reduction in inequality. The first one was the aforementioned increase in real wages of skilled and unskilled workers, and the general improvement of labor conditions, resulting from the greater bargaining power enjoyed by the workforce. Secondly, there was a fragmentation of the large patrimonies, caused by extremely high mortality in the context of the partible inheritance system, which in the late Middle Ages characterized many European areas, like Italy. This resulted in many people inheriting more properties than they needed or wanted. Consequently, it led to an unusual abundance of property being offered on the market. Together with higher real wages due to labor scarcity, this helped a larger part of the population gain access to property.

It would be incorrect to infer from the case of the Black Death that all major pandemics have had the same effects. The reduction of inequality that followed this horrific episode was specifically due to two factors: the extremely high mortality rate, and the pre-plague institutional framework. This framework was not set up to face the unprecedented situation introduced by the pandemic and to counteract its undesired (by the economic and social-political elite) "equalizing" effects.

It would be incorrect to infer from the case of the Black Death that all major pandemics have had the same effects.

When in the 17th century southern Europeans were hit by the worst plagues since the Black Death (in Italy, these epidemics led to mortality rates of 30-40%), we do not observe any of the same substantial impacts on inequality. This was presumably due to institutional changes, for example those involving inheritance, which were explicitly aimed at protecting the integrity of the largest patrimonies from episodes of mass mortality and the related waves of hereditary transmissions.

More generally, even the Black Death affected different areas unevenly. If across Western Europe the evidence of broadly positive economic effects is strong, we now know that at the periphery of the continent, where population was relatively scarce the outcome was very different. In Spain, the plague destroyed a fragile equilibrium between a scarce population and relatively abundant resources, leading to a general worsening of the economic conditions. In other words, even the Black Death, the prototypical pandemic with "positive" economic effects, had asymmetric consequences (see here for more details).

The situation is very different with the Spanish Flu, the worst pandemic of modern times. It is usually considered to have caused the largest number of pandemic-related deaths (50 to 100 million worldwide), but this was not due to particularly high mortality rates. Instead, if the pathogen (an influenza virus) killed so many, it was due to its extremely high diffusibility. Indeed, the virus’s case-fatality rate was about 2.5-3%, thus not being as lethal . In other words, the Spanish Flu was able to infect very large parts of the overall population, with debilitating long-term effects, but did not necessarily kill a large share of those infected. In such a situation, factors like the contraction of the labor force simply do not operate in the same way as during a major plague, leading to rather different distributive consequences. This is highly relevant to our understanding of the possible effects of Covid-19, which, as mentioned, is much more similar to the Spanish Flu than to the Black Death from the epidemiological point of view. While studies of this aspect of the Spanish Flu remain rare, we do have some evidence indicating that there was an increase in income inequality.

This was the case in Italy, mostly because the ensuing economic crisis led to unemployment and loss of income, especially for the poorest and more economically fragile part of the population. For Sweden it has been estimated that for every death caused by the Spanish Flu, there were four new poor people who had to ask for public help at poorhouses. The situation with Covid-19 has been similar, with rapidly growing unemployment among the poorest, not only due to the pandemic itself but also as a result of the containment policies that have been applied worldwide.

Unlike the Black Death, which has always attracted the interest of economic historians, the Spanish Flu has long been neglected. Covid-19 changed that.

Unlike the Black Death, which has always attracted the interest of economic historians, the Spanish Flu has long been neglected. Covid-19 changed that. Even if many recent publications unfortunately seem to suffer from an imperfect understanding of the historical context - which always plays a crucial role in determining the final effects of a major pandemic - we are definitely closer to having a general understanding of the economic consequences of the Spanish Flu. The latter definitely had a negative impact on per-capita GDP, although it remains unclear whether the gap was fully compensated or not by quicker economic growth in the following years. The Spanish Flu also seems to have had negative and long-lasting consequences on social capital. But possibly the most important lesson here, is that we currently have no reason to think that the Spanish Flu might have had any positive short or long-term economic consequences.

As the Spanish Flu is arguably, among the major pandemics of the past, the one which more closely resembles Covid-19, should we assume that the current crisis will also lead to more inequality and poverty and will negatively impact economic growth? The answer is both yes and no. Yes, in the sense that on its own a pandemic of this kind will tend to have such negative consequences. But also no, because the final consequences of any pandemic are mediated in a potentially crucial way by institutions and by the policies put in place to mitigate its effects. So for example, the renewed solidarity within the European Union and the launch of the European Recovery Plan go a long way towards preventing the crisis from having asymmetric harmful consequences on economic growth. Regarding redistribution, the issue is more complex, as it seems quite possible that in this area, the negative effects of the Covid-19 crisis will be felt for years. In this case, history offers a warning to governments, which need to be prepared to manage, and possibly to prevent, the social crisis that seems sure to follow the current health crisis.

See also
Topics > Economy > Healthcare
Past the Virus - Containing Pandemics Throughout History
Analyses | 29 June 2021 | Eugenia Tognotti
The history of pandemics is rife with examples of how the past informs the way we respond to health crises today. In March 2020, the world went into lockdown, but similar measures have been used before, with effects that are not unlike those we are experiencing today under Covid-19. In this second...
Next
Topics > Economy > Healthcare
Past the Virus - How Pandemics Change the Way We See the World
Analyses | 23 June 2021 | Dominique Moïsi
What could history teach us about how humans change and adapt to pandemics and severe health crises? The Past the Virus series will give a four-part answer to this question. Our Special Advisor for Geopolitics, Dominique Moïsi kicks off with an introductory take on virus outbreaks and shifting...
Next
SIGN UP FOR OUR NEWSLETTER
for a handpicked selection of analyses each week Yes please
Series |
Next
Publication -
Next
...
Next
Séminaire réservé exclusivement
à nos entreprises adhérentes
Restricted to
member companies
Next